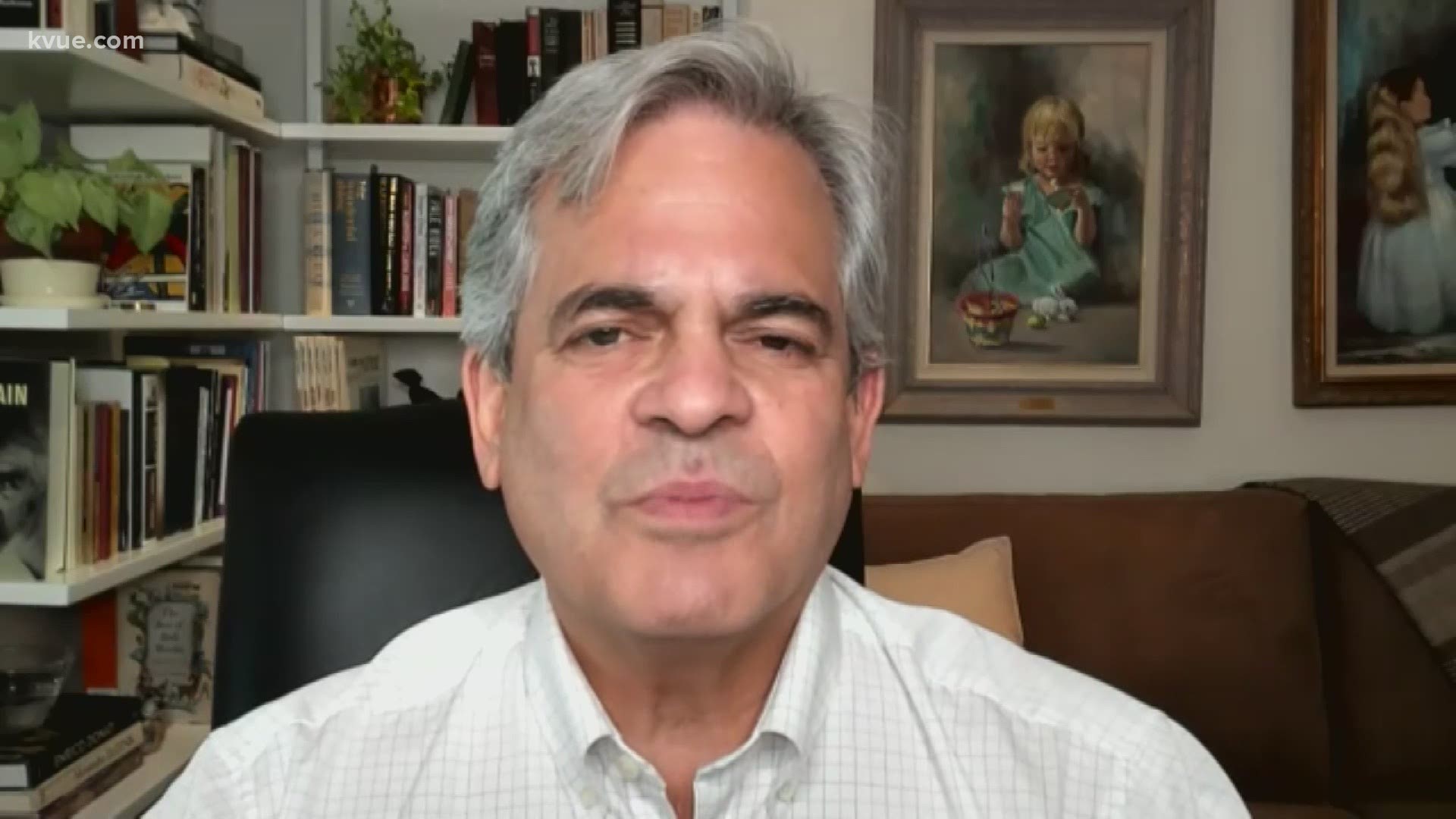 WILLIAMSON COUNTY, Texas — On Wednesday, Williamson County leaders testified as the Texas House Committee on Urban Affairs takes up House Bill 1803, relating to the requiring of county approval for the proposed purchase of a property to be converted into a space to house the homeless.

This comes as the City of Austin has approved the purchase of the Candlewood Suites, a hotel in the Williamson County area, in order to house members of the homeless population, a proposal that has sparked numerous protests and a lawsuit.

The bill aims to require communication between cities and counties when purchasing or converting buildings with the purpose of housing homeless. HB 1803 requires cities to present a plan to county commissioners who oversee the county where the property sits. County commissioners would then need to approve the plan before a City could purchase or convert a building to help house homeless.

Lawyer and Hampton Inn and Homewood Suites CFO Rupal Chaudhari said her “Chaudhari Partnership” business filed a lawsuit in March, seeking injunctive relief, monetary relief and a declaratory judgment preventing the finalized purchase “without proper notice and compensation for the loss of value of its properties and easement.”

Meanwhile, the Williamson County Commissioners Court also unanimously voted to explore taking legal action against the City of Austin in February after asking the City of Austin to delay the purchase for six months, a request that was denied.

Williamson County Judge Bill Gravell hinted at a lawsuit to be soon filed by the county when asked where the county was on the "legal front."

County leaders say that while the City of Austin plans to use the site for permanent supportive housing, the purchase was decided upon with no warning to nearby homeowners and businesses, some of which share fences and driveways with the property.

"There are many questions the City still has yet to answer for, including why this backroom deal was arranged by a former councilmember with zero community engagement, whether the $9.5 million purchase and nearly $2 million yearly operational budget merit housing just 50 people or can be sustained, how the City plans on providing adequate access to medical and transit services, and how the City intends to improve transparency and communication for future projects," wrote Chaudhari in a press release on Wednesday.

“This bill is a major setback for ending homelessness. It contains red tape and delay that will make it more difficult for the city to acquire permanent housing solutions on the market. More broadly, with housing costs skyrocketing in the Austin MSA, any effort to hamper the ability of cities to develop affordable housing, which may or may not be used for homelessness, is a mistake.

“Those of us committed to ending the tents in our city, in favor of safe, dignified housing, are opposed to HB1803. We cannot effectively end living in tents unless we give folks a safe, legal alternative. Making it even harder for cities to acquire permanent housing, by building in a county approval process without bounds and the potential for infinite delay, helps no one.

“We urge state lawmakers to at least consider revisions to the bill that would require county commissioners to consider and take action on a City’s request for approval for permanent housing solutions within 60 days of plans being submitted.”

Kendra Scott giving away $2,000 to moms for Mother's Day