Governor Greg Abbott, Lieutenant Governor Dan Patrick and Speaker of the House Dennis Bonnen announced the agreement Thursday on the lawn of the Governor's Mansion. 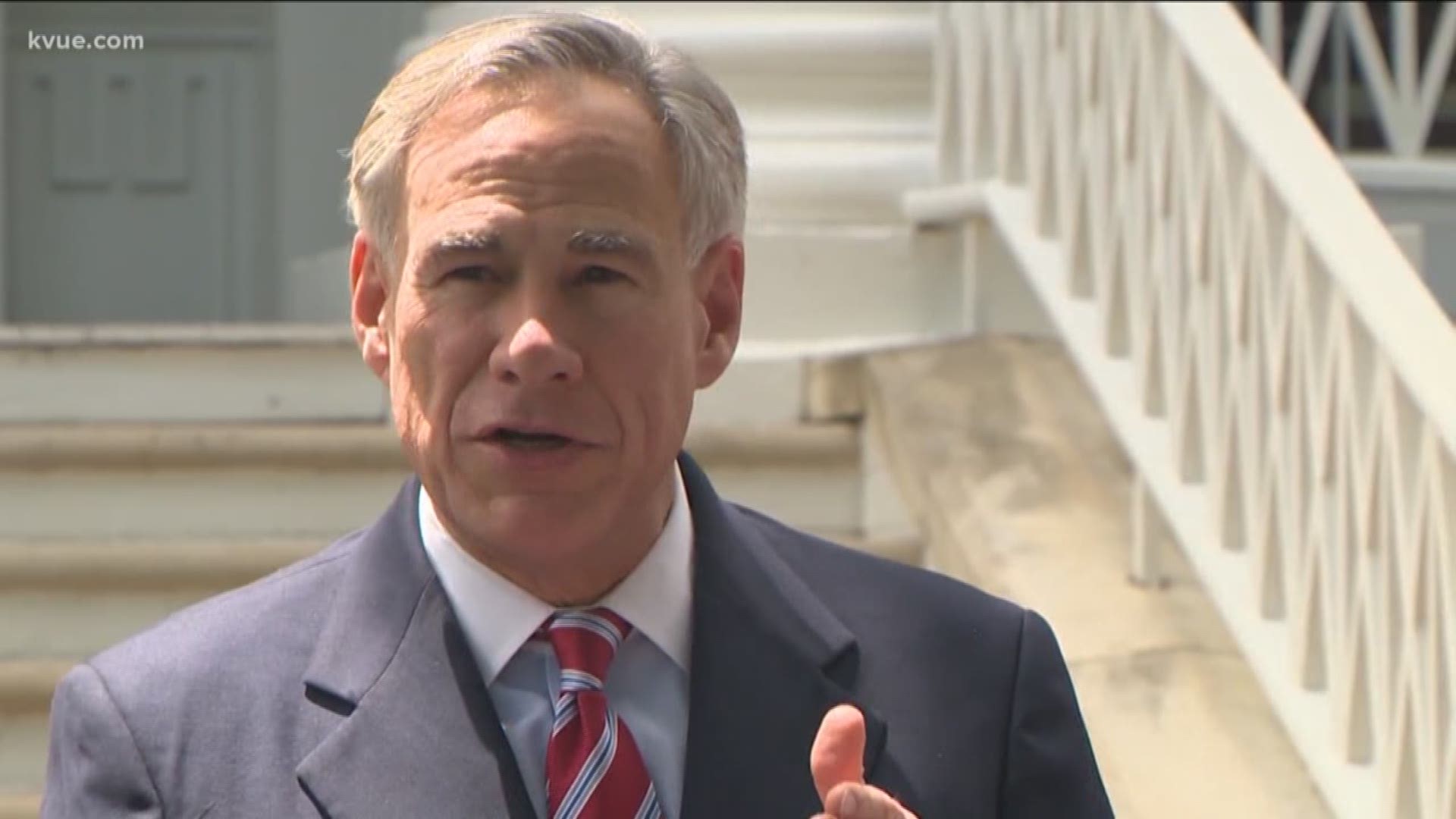 The "Big 3" called a news conference on the front lawn of the Governor's Mansion, a nod to the first joint news conference the three held in January to discuss their goals for the session.

"I said we will do what no one thought possible," Gov. Abbott said. "We will finally fix school finance in Texas. And I'm proud to tell ya', today we are announcing we've done exactly that."

Gov. Abbott went on to say lawmakers have finalized House Bill 1, the state's two-year budget, and Senate Bill 2, which is designed to slow the growth of property taxes. But added they are still working on the details. However, he said the details were ironed out on House Bill 3, the school finance reform bill, Wednesday night.

Gov. Abbott said Texas will no longer allocate funding to schools based on the wealth of school districts, but rather the needs of students.

While lawmakers didn't go into detail on the bill's language, they provided journalists with a handout highlighting some of the major points of the bill. It provides for more than $5 billion in statewide property tax relief in the first biennium with growth promised in future bienniums. This is done through the lowering of the school property tax rates by an average of eight cents in 2020 and 13 cents in 2021. This will increase the state's share of public education funding from 38% to 45%.

Recapture, which is how much property wealthy districts like Austin have to send the state to help poorer districts, is decreased by 47%. Speaker Bonnen told reporters it isn't possible to fully get rid of the "Robin Hood" system in the state because that would result in an inequitable public school system.

The bill fully funds Pre-K for low-income Texas students and "significantly increases" the basic allotment per student. Speaker Bonnen pointed out the basic allotment increase also includes increased dyslexia allotments, adding that is obviously important to him. The Speaker revealed earlier this session that he is dyslexic.

One of the big sticking points between the House and Senate on school finance was teacher raises. Earlier in the session, the Senate passed a bill to give all teachers and librarians $5,000 while the House opted to increase the base pay scale for teachers and used the bulk of its money to increase the basic allotment. During the news conference, leaders said they have dedicated $1.6 billion per biennium to provide raises for teachers, librarians, counselors and nurses with an emphasis on retaining veteran educators. There is also money for merit pay and funding for teachers who teach students who decide to attend classes for one month in July.

"I want to just shut it all down right now," Speaker Bonnen said after a reporter pointed out the difference in the chamber's plans. "We won the Super Bowl today, and we're not going to talk about whether the quarterback or the runningback had more of the success in our win."

While lawmakers still have to work out the details on the property tax reform bill, Lt. Gov. Patrick said both chambers have agreed to reduce the rate cities and counties can increase taxes without voter approval – the rollback rate – from 8% to 3.5% and to 2.5% for school districts.

"We took 100 years of policy and reformed it in a transformational way in less than 140 days," Lt. Gov. Patrick said.

"Future generations of children in Texas will be better off because of the education reforms passed this session," Gov. Abbott added. "The tax burden on Texas property owners will be less because of what we accomplished this session."

Lawmakers still have to pass the bills. Speaker Bonnen said there are some procedural steps that have to happen first, but added the House will pass the bills as soon as they can.

The 86th Texas Legislative Session ends on May 27.