The wide-ranging legislation would affirm the governor’s ability to suspend state laws during a pandemic. 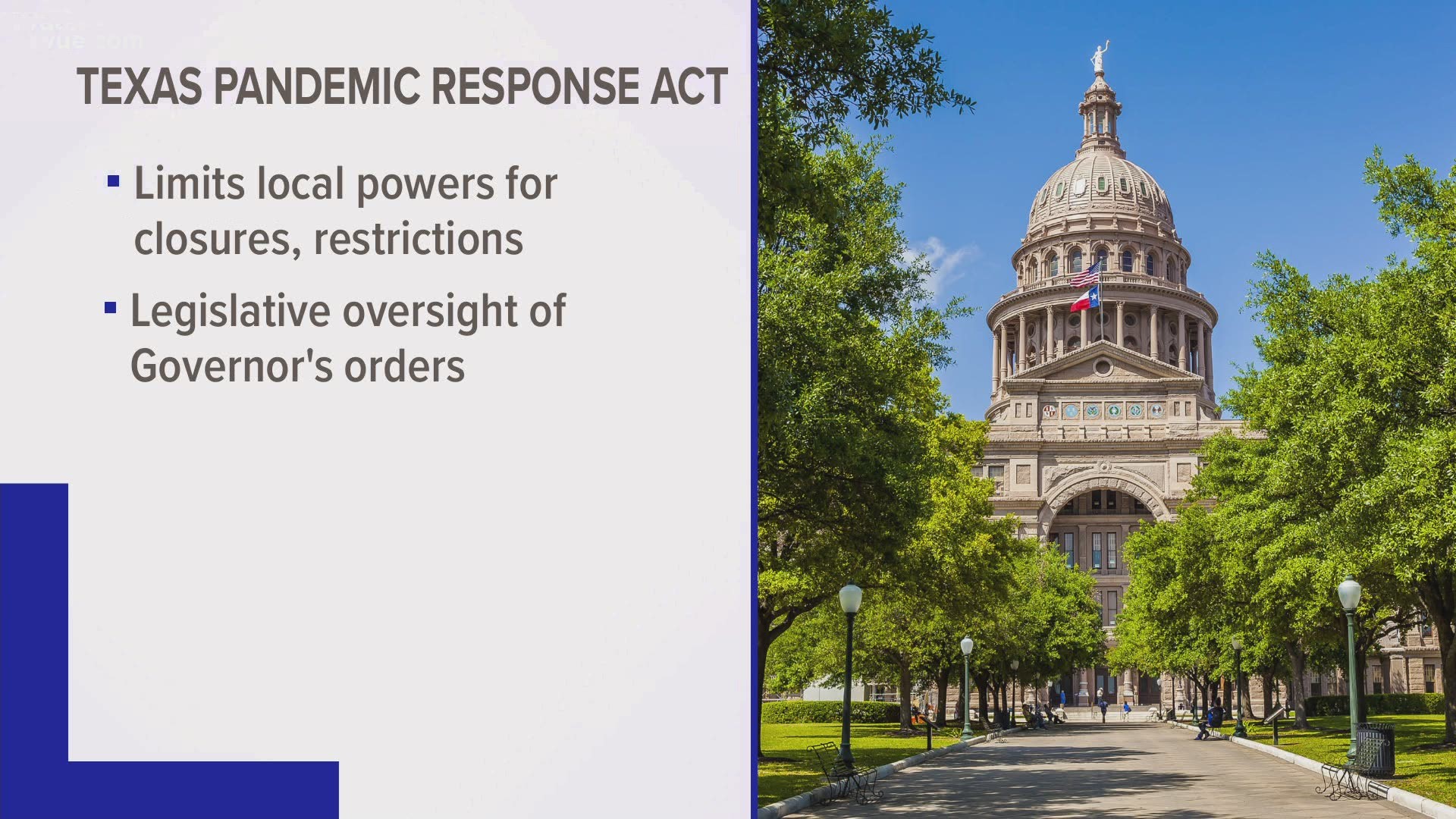 THE TEXAS TRIBUNE – The Texas House on Monday gave preliminary approval to a sweeping bill that would reform the governor’s emergency powers during a pandemic and involve the Legislature during such instances.

House members voted 92-45 for House Bill 3, which will need another vote in the lower chamber before it heads over to the Senate for consideration.

"We must now take what we have learned in dealing with the pandemic and set a different framework for future pandemics,” state Rep. Dustin Burrows, a Lubbock Republican and author of the proposal, told House members as he laid out the legislation. “As a baseline, you will not government your way out of it.”

HB 3 as advanced Monday would give lawmakers more oversight of the governor’s emergency powers during a pandemic and specifically carves out future pandemics from how the state responds to other disasters, such as hurricanes. One amendment added during Monday’s floor debate, for example, would require the Legislature to convene for a special session if a pandemic lasts longer than 120 days.

The wide-ranging legislation would affirm the governor’s ability to suspend state laws during a pandemic and allow for overriding local orders issued by county judges or mayors if they’re inconsistent with state orders.

The legislation was updated in March to include the creation of a 10-member legislative oversight committee that could in certain cases terminate pandemic disaster declarations, orders or other rules issued by the governor or local governments. The committee, which would consist of the lieutenant governor and speaker — who would serve as joint chairs — and a number of committee chairs from both chambers, would only be able to act when the Legislature is not convened for a regular or special session.

RELATED: Educators in Solidarity among those against 'Civics Bill'

The legislation if passed would represent a new check on the governor’s powers during a pandemic. Throughout the coronavirus pandemic, members from both parties have criticized the governor’s unilateral authority to issue mask orders, waive certain regulations and shut down businesses.

If the House gives final approval to HB 3, it’s unclear whether the Senate, which did not file companion legislation, will act on the measure with less than a month left of the regular 2021 session. The Senate in April voted out legislation that would require the governor to call a special session in order to declare a state emergency that lasts more than 30 days. Part of that proposal included a potential constitutional amendment, which if passed by the Legislature, would then need to be approved by Texas voters for it to take effect.

The measures by state Sen. Brian Birdwell, R-Granbury, have been referred to a House committee but have not yet been considered in a hearing.

Former Smithville mayor charged with sexual assault of a child, indecency with a child