SB1 would place new restrictions on voting that many opponents say would disproportionately suppress ballots from voters of color and disabled voters. 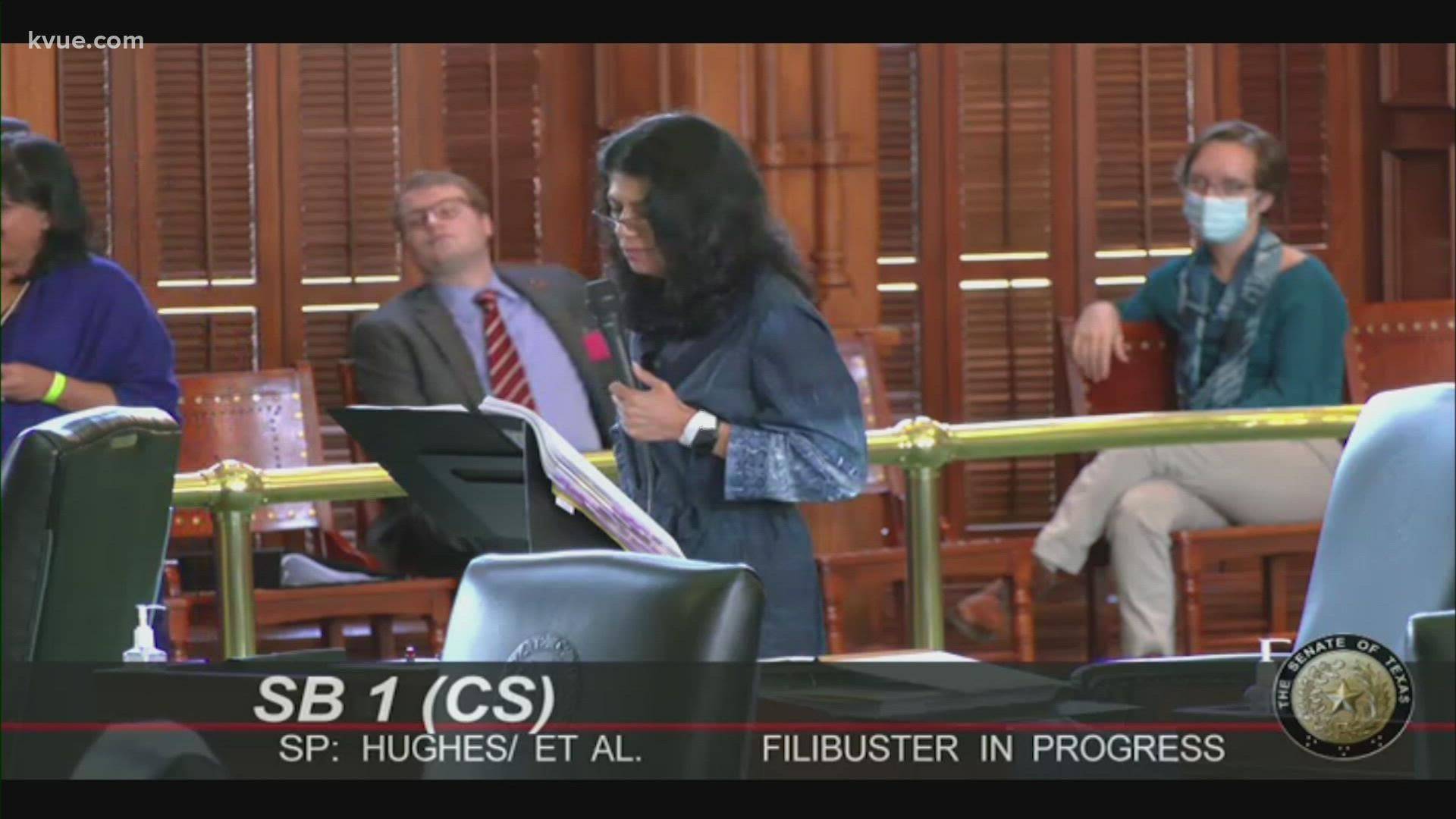 SB1 would place new restrictions on voting that many opponents say would disproportionately suppress ballots from voters of color and disabled voters. It was passed 18-11 along party lines.

The bill would forbid local officials from taking different steps to make voting more accessible and tighten the vote-by-mail process.

Alvarado's filibuster began just before 5:50 p.m. Wednesday, and with the bill's passage, ended up being more of a symbolic gesture than a credible attempt to block passage of the voting bill. When she took the floor, the Legislature was on just the fifth day of a second 30-day special session, called as Democrats have left the House without enough members present for the Republican majority in that chamber to pass legislation.

That left plenty of time for the Senate to pass the legislation despite the temporary delay. But Alvarado said she felt compelled to filibuster to "put the brakes on" the bill and delay its final approval to shine a spotlight on its provisions.

“Senate Bill 1 slowly but surely chips away at our democracy. It adds rather than removes barriers for Texas seniors, persons with disabilities, African Americans, Asian and Latino voters from the political process," Alvarado said at the onset of her effort. "[President Lyndon B. Johnson] said the Voting Rights Act struck away the last major shackle of the fierce and ancient bond of slavery. Senate Bill 1 is a regressive step back in the direction of that dark and painful history."

Republican senators and Lt. Gov. Dan Patrick, who presides over the chamber, appeared to be drifting in and out as the night went on, but made no efforts to raise procedural objections that might cut her off.

Ahead of her filibuster, Alvarado acknowledged the bill would eventually pass in the Senate but framed her effort under the same “use every tool in the toolbox” mantra House Democrats have adopted during their quorum break targeting the legislation. And she vowed to keep going "as long as I have the energy."

“I’m using what I have at my disposal in the Senate,” Alvarado told The Texas Tribune. “The filibuster isn’t going to stop it, but a filibuster is also used to put the brakes on an issue — to call attention to what is at stake — and that is what I am doing.”

KVUE sister station KHOU and The Texas Tribune contributed to this story.

Driver arrested for DUI after fiery Tesla crash in Tarrytown