Gov. Abbott vetoes 20 bills and section of the State budget that funds the legislature

Sunday was the last day for the governor to sign and veto bills from the regular session. 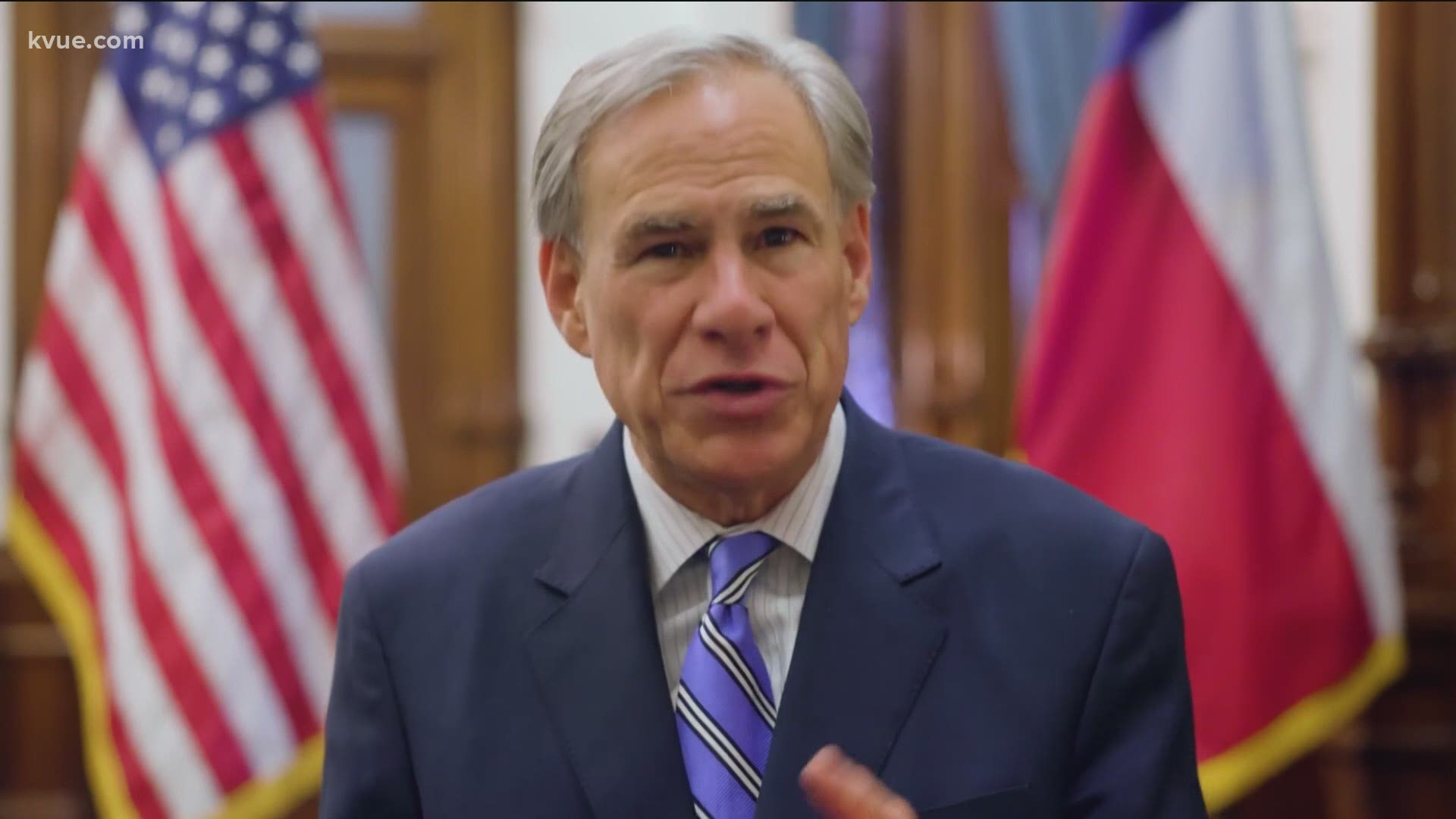 AUSTIN, Texas — Another Texas legislative session has come and gone and Sunday, June 20, marked the deadline for Gov. Greg Abbott to sign or veto bills and resolutions.

Among the bills he vetoed was House Bill 686, which would have changed parole eligibility for juveniles. In his veto statement issued Monday, the governor expressed support for the intent of the bill but wrote the language conflicted with jury instructions.

He also vetoed Senate Bill 281, which would have banned the use of testimony given under hypnosis in criminal trial. But an amendment added in the House prompted the governor to nix the bill. He wrote that the amendment changed the scope by granting lifetime immunity.

The governor also vetoed Senate Bill 474, known to many as the "Safe Outdoor Dogs Act," which would have expanded the state's animal cruelty laws. The bill would have made it a misdemeanor for a pet owner to leave a dog outside if it didn't have adequate shelter or access to water, it would have added rules about how dogs can be tethered outside to avoid hurting them, and it would have required that collars and harnesses be properly fitted.

"Texans love their dogs, so it is no surprise that our statutes already protect them by outlawing true animal cruelty," Gov. Abbott wrote. "Yet Senate Bill 474 would compel every dog owner, on pain of criminal penalties, to monitor things like the tailoring of the dog’s collar, the time the dog spends in the bed of a truck, and the ratio of tether-to-dog length, as measured from the tip of the nose to the base of the tail. Texas is no place for this kind of micro-managing and over-criminalization."

But perhaps the most controversial veto is a partial veto not counted in Abbott's legislative totals.  As promised on Twitter, Gov. Abbott crossed out Article X of the State budget, the part that funds the legislature, in reaction to House Democrats breaking quorum on the last day to pass bills, killing a controversial election reform bill.

But it's not actually lawmakers who won't get paid.

"The state constitution says that legislators will make $600 a month and they'll make $600 a month whether they're funded or not. The comptroller would pay them out of the state treasury. So really, you're talking about the legislative staff," said Ross Ramsey, executive editor and co-founder of The Texas Tribune.

The veto now gives a timeline for the imminent special session. The new budget goes into effect Sept. 1, so Gov. Abbott will likely call lawmakers back in enough time to pass the bills he wants and then article 10.

Trying to buy a home in the Austin area? Here are some tips straight from a Realtor

Letters to Gov. Abbott show which counties are impacted by illegal border crossings