The task force is charged with identifying systemic issues and offering survivor-centered solutions. 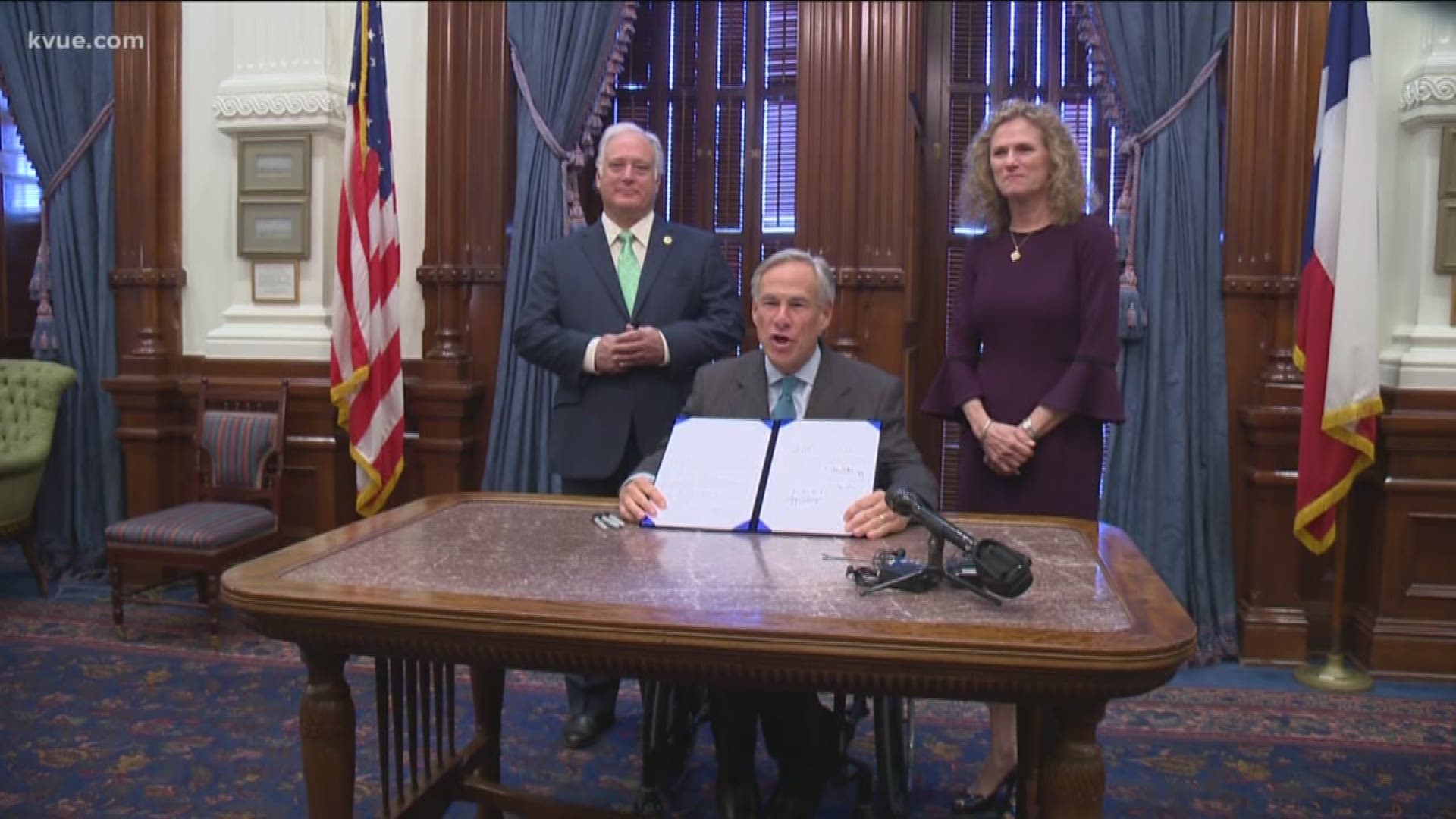 AUSTIN, Texas — The 86th Legislative Session has been described as the session of education and the session of property tax reform, but from January to May, Texas lawmakers took great strides in passing bills aimed at helping sexual assault survivors.

"This session was one of the most prolific sessions we've ever had when it comes to addressing sexual assault and human trafficking," Governor Greg Abbott said Monday at a ceremonial bill signing for House Bill 1590 by Austin Representative Donna Howard (D).

The bill creates the Sexual Assault Survivors' Task Force in the Governor's Office. Howard said she has been working on legislation like this for years.

"About three years ago, I guess it was, I had a constituent who came to me because she was a victim, a survivor," said Howard.

What started as a question about where a rape kit was in the process of being tested revealed bigger problems.

"In talking to her and looking into this, we realized this was a much more nuanced issue," said Howard. "That there are points along the entire timeline from forensic collection to the actual prosecution and resolution of a case where there are some bottlenecks, where there are some infrastructure issues that are impacting the ability of the justice system to work."

"The thing that I think is most important about this is this is survivor-focused, it is survivor-centered, and that's what we need," said Watson.

The new law authorizes the task force work for four years and members will be experts in the field from around the state.

Governor Abbott officially signed the bill into law on June 4 and it went into effect immediately.

WATCH: Texas is getting a new task force for sexual assault survivors