Fighting a bill with a bill: Senate Dems push back on Republican election reform bill

Senate Democrats announced on Friday that they filed a new bill to compete with the controversial Senate Bill 1. 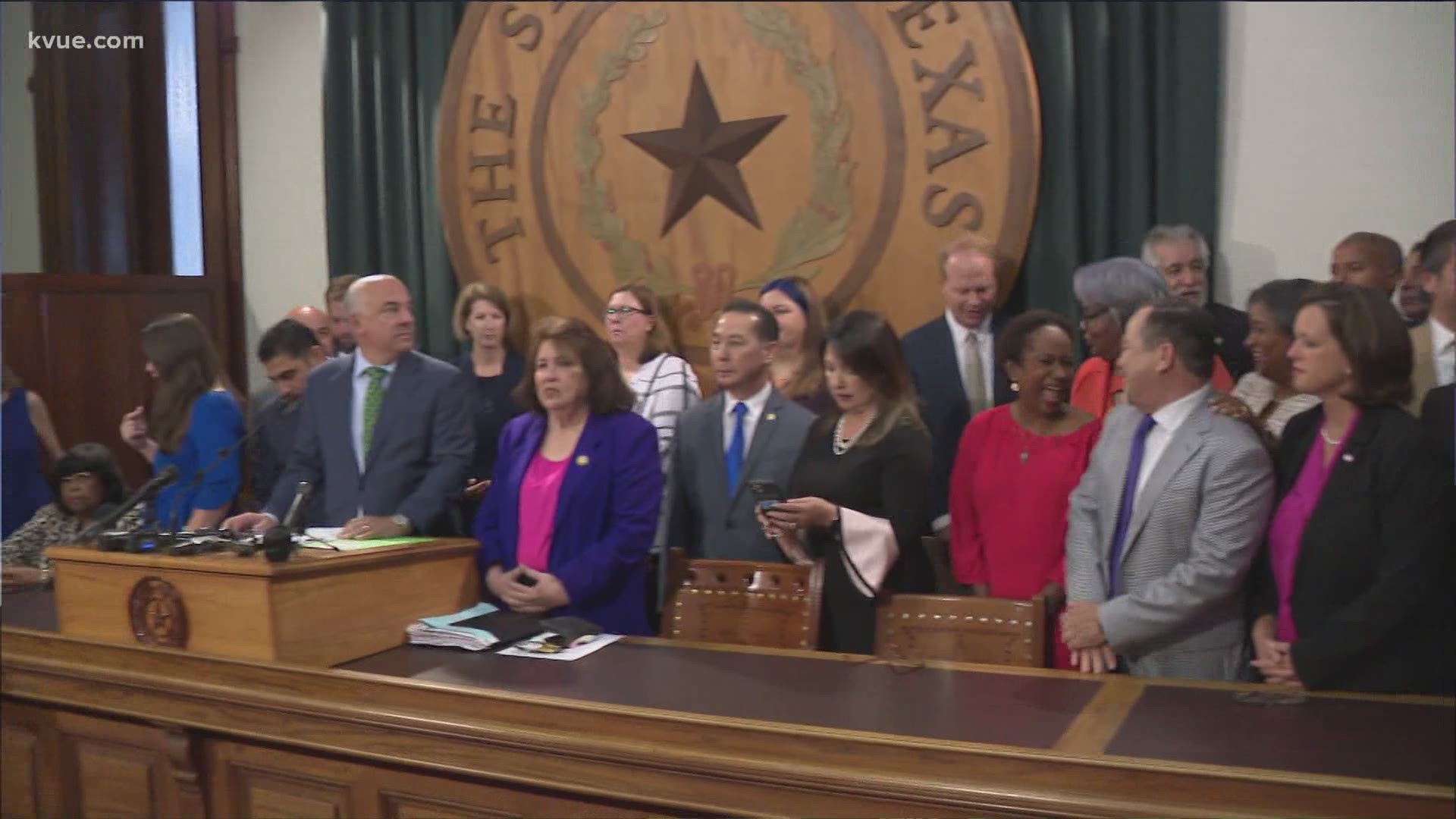 AUSTIN, Texas — Texas lawmakers are getting right to work on election reform bills. Both House and Senate committees are set to hold their first public hearings on the big election bills Saturday morning.

However, the bills are creating an even deeper division between the Democrats and Republicans, and Democrats have made it clear they will not back Senate Bill 1.

Senate Democrats stood with their counterparts in the House, saying all options are on the table to stop SB1 from becoming law.

"It's a fraud against the people of Texas, against our most fundamental American right," said Houston Democratic Sen. Carol Alvarado.

Democrats said the bill makes it harder for people to vote, partly by requiring an ID to vote by mail and creating new regulations on early voting hours.

On Friday, Democrats announced their plan to fight the bill with their own bill, the Barbara Jordan Fair Elections Act.

"This bill is designed to make voting and the elections process more safe, more secure and more accessible," said lead bill author Dallas Democratic Sen. Royce West. "That's what we need to be doing in 2021."

As written, here's what Democrats said the Barbara Jordan Fair Elections Act would do:

However, Sen. Hughes said SB1 is common-sense legislation that makes it easy to vote and hard to cheat.

At a press conference on Friday, Democrats pointed to their biggest issues with SB1.

"There are still issues with vote by mail, the loops that people have to go through," said Sen. Alvarado.

Sen Alvarado, along with other Democrats at the presser, also said they took issue with SB1's "empowering poll watchers."

"The bill allows for the poll watcher to get up and close and be able to listen to what’s being said between the judge or clerk and the voter," Sen. Alvarado later added.

Sen. Hughes said he's confident SB1 will pass. He said if it doesn't pass, he expects Gov. Greg Abbott to call lawmakers back for another special session.

Every Senate Democrat signed on the Barbara Jordan Fair Elections Act. They said they're hoping for a hearing but aren't holding their breath.

"Let me assure you, we’re going to do everything in our power to get a hearing ... work with Republicans and anyone else in terms of Senate Bill 1 and this particular bill, the Barbara Jordan Fair Elections Act, and seeing whether we can strike compromises to make certain that all people in the State of Texas are able to vote, that it’s transparent and that it’s secure," said Sen. West.