The next hurdle on the race toward Election Day arrives Tuesday night when U.S. Sen. Ted Cruz and U.S. Rep. Beto O'Rourke face off in a debate at KENS 5 in San Antonio. 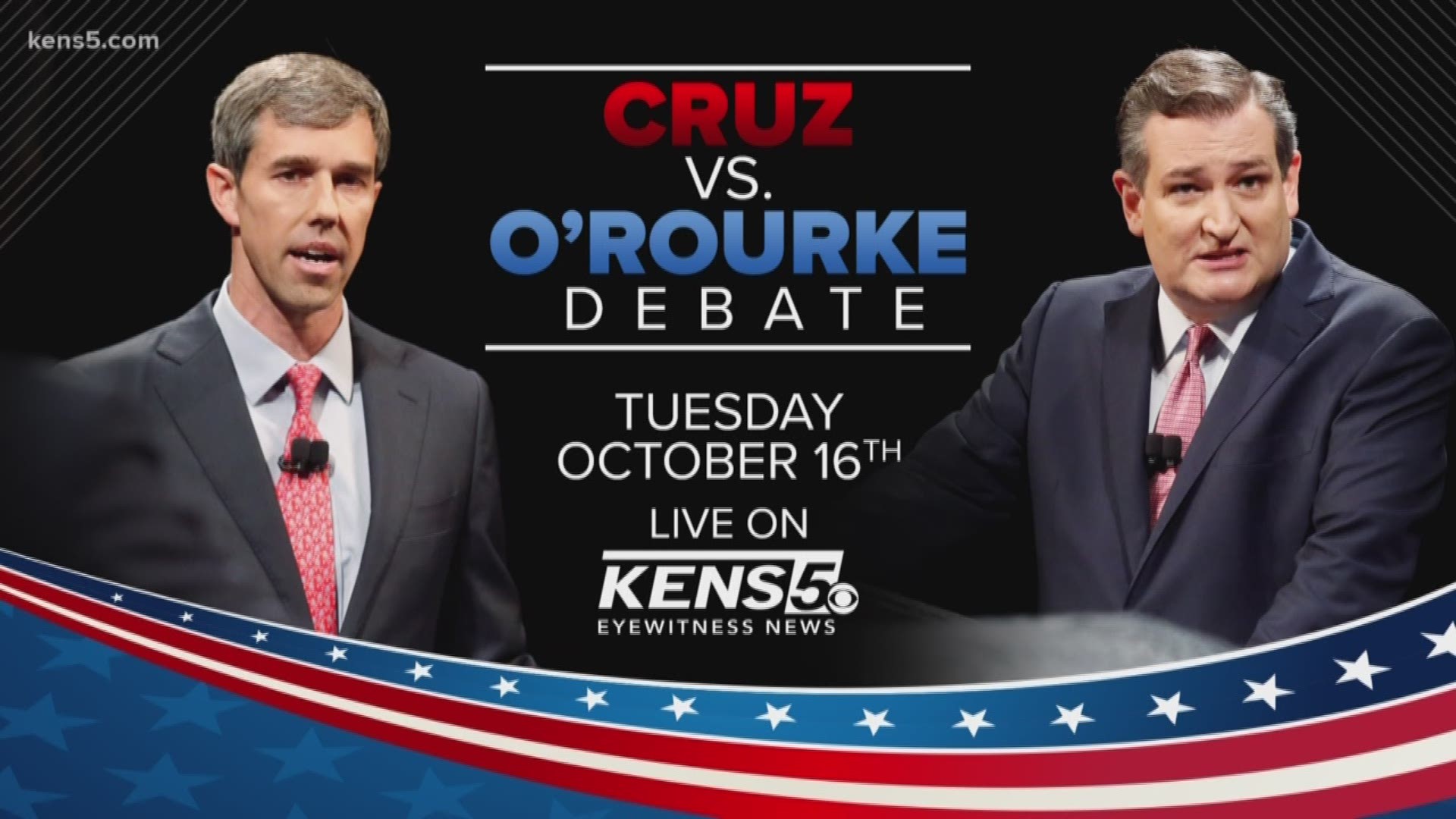 With the finish line in sight after months of campaigning, the two men vying to serve Texas in the U.S. Senate have just a few more hurdles to clear.

The two will meet at KENS 5 Studios and take questions on domestic and international issues from moderators Sarah Forgany of KENS 5 and Jason Whitely of WFAA in Dallas.

TED CRUZ (click for bio) has served in the U.S. Senate since 2013 and is nearing the conclusion of his six-year term. He had won the seat formerly held by the retiring Kay Bailey Hutchison.

Cruz ran for the Republican nomination for president in 2016, ultimately losing to Donald Trump, who now endorses Cruz for a second term.

Although recent history has favored Republican candidates for statewide office in Texas, Cruz's race for re-election has polled much closer than expected, with one administration official bucking conventional wisdom and warning Republican donors that Cruz could lose.

Despite that, the most recent Quinnipiac University poll shows a 9-point lead for Cruz over O'Rourke, and most polls taken have given the Cruz the edge, although the results sometimes have been inside the poll's margin of error.

BETO O'ROURKE (click for bio) was not widely known across Texas before launching his U.S. Senate candidacy, but the El Paso Democrat touts that he has visited every county in the state.

O'Rourke's campaign reported raising $38.1 million in the third quarter, a new record for the largest fundraising quarter ever in a U.S. Senate race and more than triple the $12 million reported by the Cruz campaign for the same period.

O'Rourke's campaign is trying to harness the traditional mid-term momentum for the party out of power and approval ratings in the low 40s for President Trump to drive enthusiastic Texas Democrats to the polls.

Just three weeks out from Election Day, Cruz and O'Rourke will meet in San Antonio to give their latest pitch to Texas voters.

CLICK HERE for options on how to watch The Texas Debate