State investigating allegations whether a Dallas candidate offered a payoff

The Texas Ethics Commission is investigating whether J.J. Koch offered a pay off if a fellow candidate dropped out of the race against him. 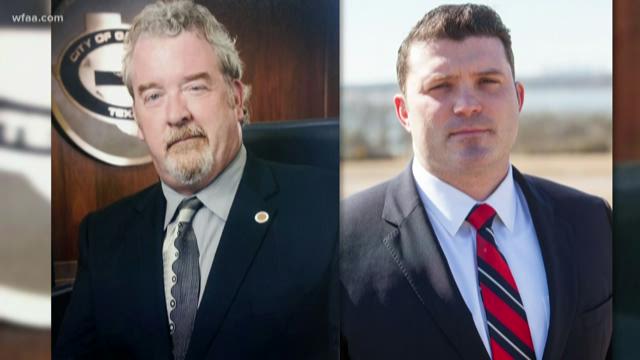 DALLAS – The Texas Ethics Commission is investigating whether J.J. Koch offered a pay off if a fellow candidate dropped out of the race against him.

When Commissioner Mike Cantrell announced his retirement from that office, attorney J.J. Koch was first in the race.

In October 2017, Stanley said Koch called him on the telephone and ‘bribed’ him to drop out.

Stanley recorded the 15-minute telephone conversation and submitted it along with a written complaint to the Texas Ethics Commission last Thursday.

"If you have any debts incurred by the campaign, I'd be happy to write a check for that. Because if Todd [Gottel] is going to go down that road, and you're not going to run, me keeping you in this race is worthless," Koch said on the recording.

"He said that there was another individual that was looking at running for this race, former mayor of Rowlett, Todd Gottel. He said if Todd was not going to stay in this race, there was no need to keep me in it,” explained Stanley on Thursday.

He said he turned down Koch’s offer to drop out.

"I'm good. I appreciate the offer to pay off debt and all that kind of good stuff but I'm – I'm in this for the long haul,” said Stanley on the recording.

The only other Republican in the March 6 primary race, Judge Vic Cunningham, joined Stanley on Thursday calling on Koch to drop out.

"He's used very poor judgment in this situation. I think he should suspend his campaign. Keep his mouth shut. He's got a good lawyer and deal with the investigation as it goes down the road,” said Cunningham.

Koch's lawyer, Pete Schulte, argues this was not a bribe. If anything, Schulte said, since both men are candidates, the law would recognize it as a campaign contribution.

"Sometimes people want to stay in the race, so they can keep raising money to retire some campaign debt. I don't know if that was the case in Mr. Stanley's case, but there was no money talked about. For all we knew, Mr. Stanley didn't even have any campaign debt, so there's no offer of a bribe and the law is very specific, at least on the criminal side, that Mr. Koch did not commit any criminal allegation as part of this process,” said Schulte.

"You have a higher moral standard that you should abide by. The people look to you to you for leadership. This is not leadership,” said Stanley.

The Texas Ethics Commission will decide in the coming days whether to turn over Stanley’s complaint and audio recording to the Texas Attorney General.