On August 6, 1965, President Lyndon B. Johnson signed the landmark Voting Rights Act of 1965 into law. 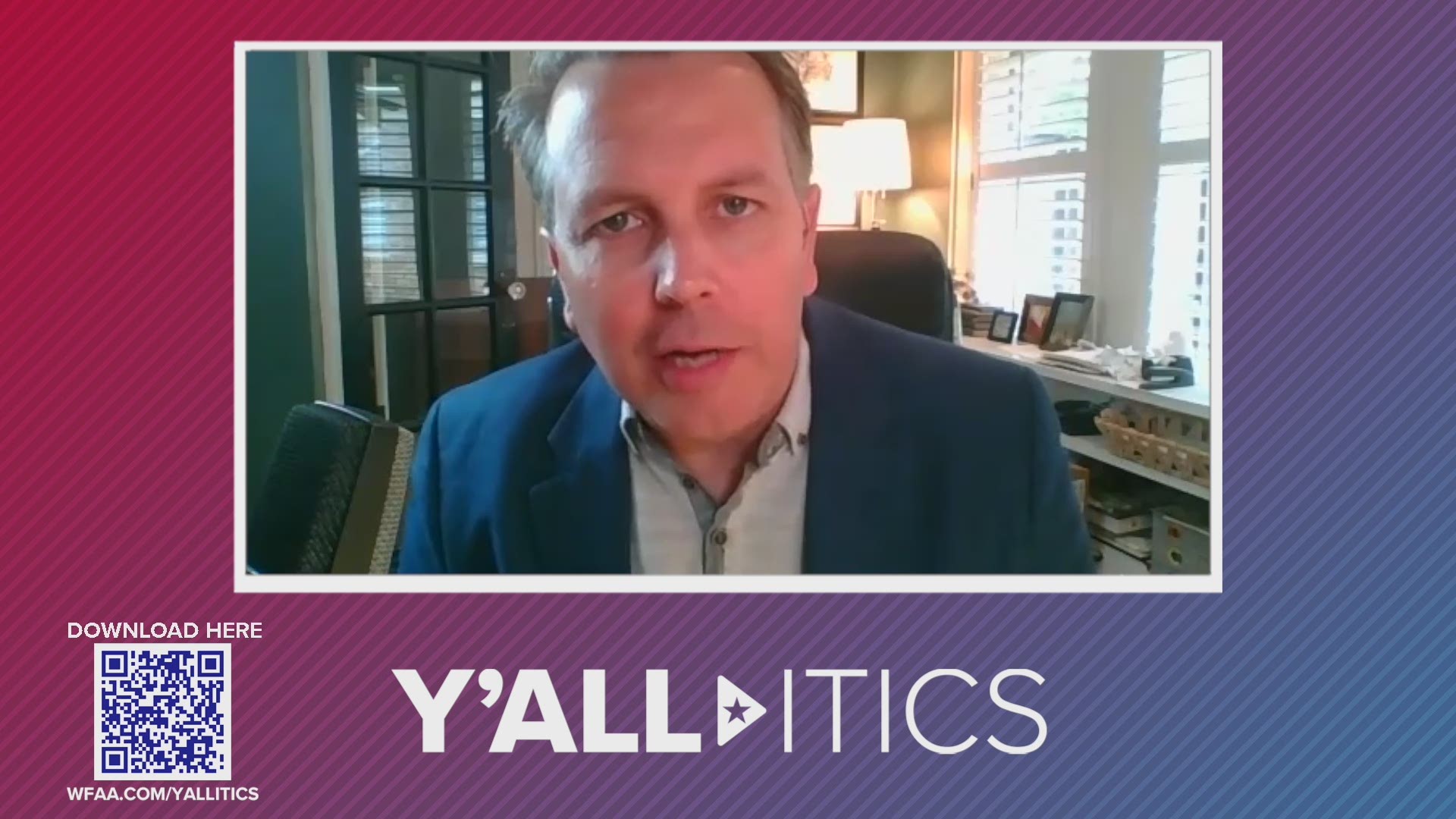 DALLAS — When it comes to the battle over voting rights, perhaps all eyes were destined to be on Texas all along, as the 1965 Voting Rights Act was the proudest achievement of a native Texan.

“Progressivism in America is always one leap forward and a few steps back before you leap forward again. And we saw an enormous leap forward 56 years ago on August 6, 1965, when Lyndon Johnson signed that landmark law allowing for greater voting rights in this country,” Mark Updegrove said on Y’all-itics.

Mark Updegrove is president and CEO of the LBJ Foundation and the former director of the LBJ Presidential Library in Austin. There is perhaps no one in the country as familiar with the Texas icon’s role in shaping American history than Updegrove.

Updegrove said there's no question President Johnson would have opposed modern Republican efforts to reshape voting laws across the country. He also said LBJ would fight now just like he did 56 years ago, when the president proclaimed it was wrong to deny any fellow American the right to vote.

“He thought that is fundamentally un-American. If you were not allowing registered voters the right to vote free and unfettered, you are denying them their most basic right as an American citizen,” Updegrove told the Jasons. “And that which was true 56 years ago is just as true today. What was true in ’65 is true in 2021. We are seeing systemic voting suppression throughout the country, just as we did in 1965, and it's no less un-American."

Updegrove said there are other parallels between 2021 and 1965. With a recent ruling involving Arizona election law, critics say the U.S. Supreme Court just further weakened the Voting Rights Act. That, Updegrove said, is part of the natural setback that inevitably comes as a country tries to change part of its fundamental character.

“And at these times, it allows us to reflect as a nation as to what is important to us. And again, to my mind, there is nothing more fundamentally American than the giving a citizen of our nation the ability to vote.”

Even President Johnson knew this, Updegrove said, as LBJ rightly predicted that by signing the Voting Rights Act, he was also signing away his party's chance to hold political power in the south.

LBJ made the political sacrifice without regret because of a formative thing that happened to him in college. Listen to this latest episode of Y’all-itics to find out what that was.

Subscribe to Y'all-itics wherever you get your podcasts: Apple Podcasts | Spotify | Stitcher | Amazon Music