She was part of a group of demonstrators who marched in protest of the non-action on voting rights. 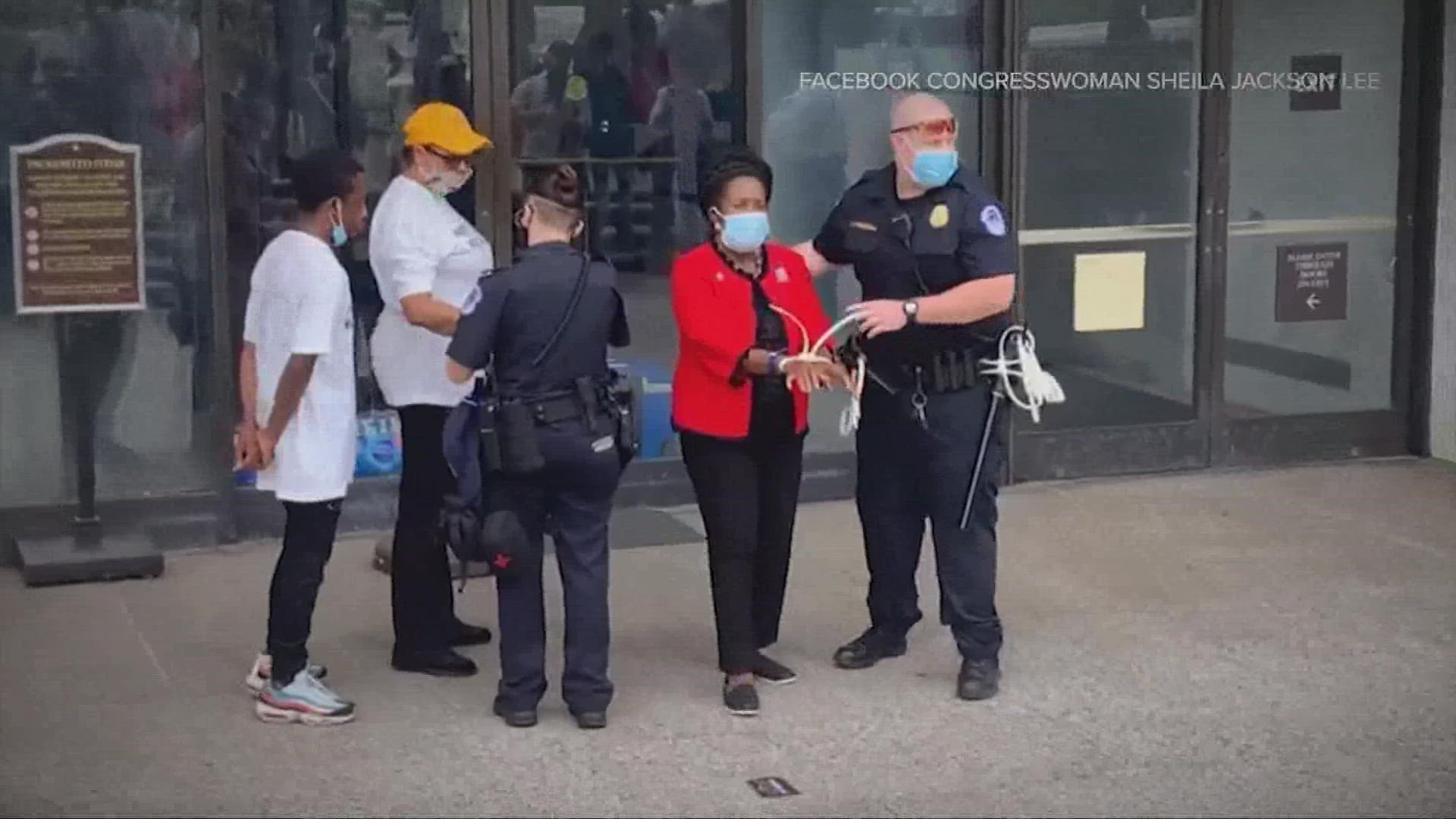 She says her arrest today in D.C. was not a publicity stunt, as she fights alongside Texas Democrats to pass federal voting rights protections.

This is the third arrest of a lawmaker in recent weeks while participating in pro-voting rights demonstrations in D.C.; something Republicans call theatrics.

Facebook live video shows the moment the Houston Congresswoman was arrested by Capitol Police in Washington, getting into what she calls “good trouble” in the name of late colleague John Lewis.

I will NEVER stop fighting for Voting Rights! The time is NOW to move the voting rights bills in the US Senate forward!! Enough is enough. #GoodTrouble pic.twitter.com/XmwNrjgpuX

I engaged in civil disobedience today in the spirit of John Lewis in front of the Senate Hart Building and was arrested. #GoodTrouble pic.twitter.com/1CTpfiIQeu

Jackson Lee, who shared the arrest on social media, was participating in a pro-voting rights demonstration outside a Senate office building.

“I felt the minimal I could do is have my liberty denied for a period of time and I was willing to get arrested,” she said.

It came on the same day as Texas Democrats who left the state in order to stall a Republican voting security bill got a Congressional hearing, which included remote testimony from Harris County voters.

“I voted at midnight, at a 24-hours polling location, which is a service this bill seeks to restrict and I cannot understand why,” said one voter.

“Once again, Democrats are engaging in spectacle over substance while conducting no real oversight,” he said.

“I did not do this frivolously or precipitously in terms of making a commitment to spend time in jail,” she said.

The Congresswoman tells me she was arrested once before outside the Sudanese embassy protesting.

We reached out to the Capitol Police for comment regarding her arrest but haven’t heard back.