The couple lives on a "little slice of heaven" across the street from a Louis Vuitton factory. The president will visit the facility Thursday. 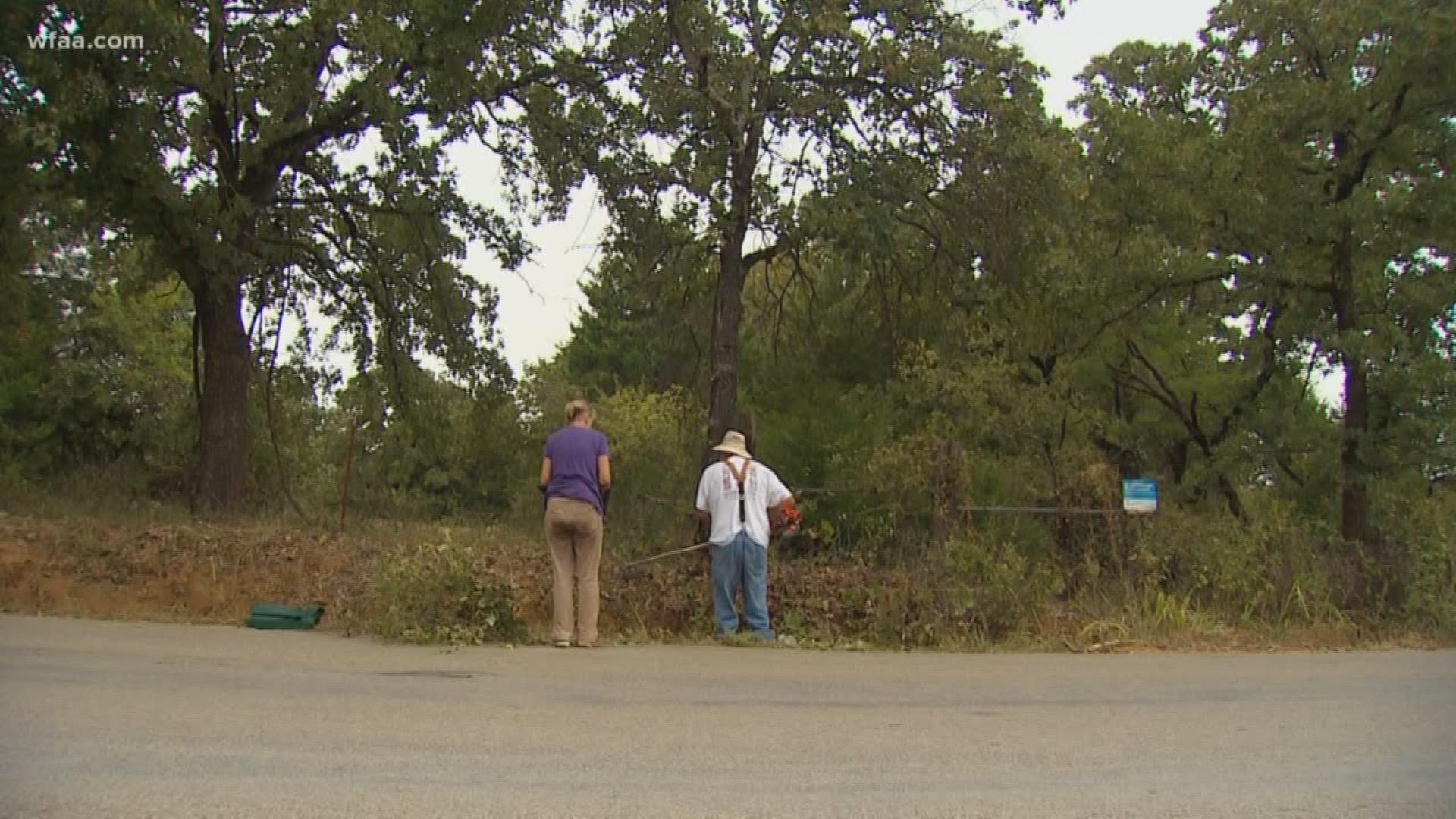 JOHNSON COUNTY, Texas — Johnson County Road 316 is just not that easy to find, which is why John and Carolyn McNaughton live here.

They moved from Fort Worth in 2001 to a property that had been in John’s family since 1956.

At the time of their move, they didn’t think they’d found their forever home.

Now, they can’t imagine making a home anywhere else.

Monday, they were covered in sweat as they cut down tree limbs and vines. John was even bloody thanks to more than a few encounters with sharp thorns.

But the hard work was more than worth it, they said.

“The leader of the most powerful nation in the world is coming to see me!” John said with a laugh. “Well, not really, but hey, we’re close!”

On Thursday, President Donald Trump will visit Rochambeau Ranch — the more than 250 acres of secluded land where Louis Vuitton recently built and opened a factory to manufacture high-end leather goods.

The president is visiting the facility to celebrate job creation, according to White House officials.

The factory entrance is right across the street from the McNaughton’s home.

“We were afraid it would be an ugly building with a lot of traffic which would mess up peoples’ quality of life, but it’s turned out to be positive,” Carolyn said. "They’re very quiet.”

If you trace the ownership of the Louis Vuitton property back a few generations, it, too was in McNaughton’s family.

They were leery of the development when they first learned about it.

“It was so secretive,” Carolyn said.

Since it opened, the factory has remained rather clandestine.

“I did go up to try to welcome them, and they won’t let you past the security gate,” John said.

So far, the McNaughtons haven't had any major complaints about the facility. And now, it's giving them reason to celebrate.

The McNaughtons are thrilled to welcome Trump to town.

Credit: Teresa Woodard
Carolyn McNaughton fills up another trailer with brush as she cleans her property ahead of the president's visit.

“I think President Trump is a true American patriot,” John said. “I truly believe he’s doing what he thinks is best for our country.”

They plan to put up supportive signs along their newly trimmed fence line. They've already decided to vote for him again.

“Nobody’s perfect. President Trump is not perfect, but I think he’s the perfect man for the job right now,” Carolyn said. “Because who else would stand up to these negative people? The negative press? "

By early afternoon, they had filled up two trailers with yard debris and weren’t yet done cleaning up.

“He stands for America,” John said of the president. “I think it’s just awesome that he’s going to come down here and see our little piece of heaven.”