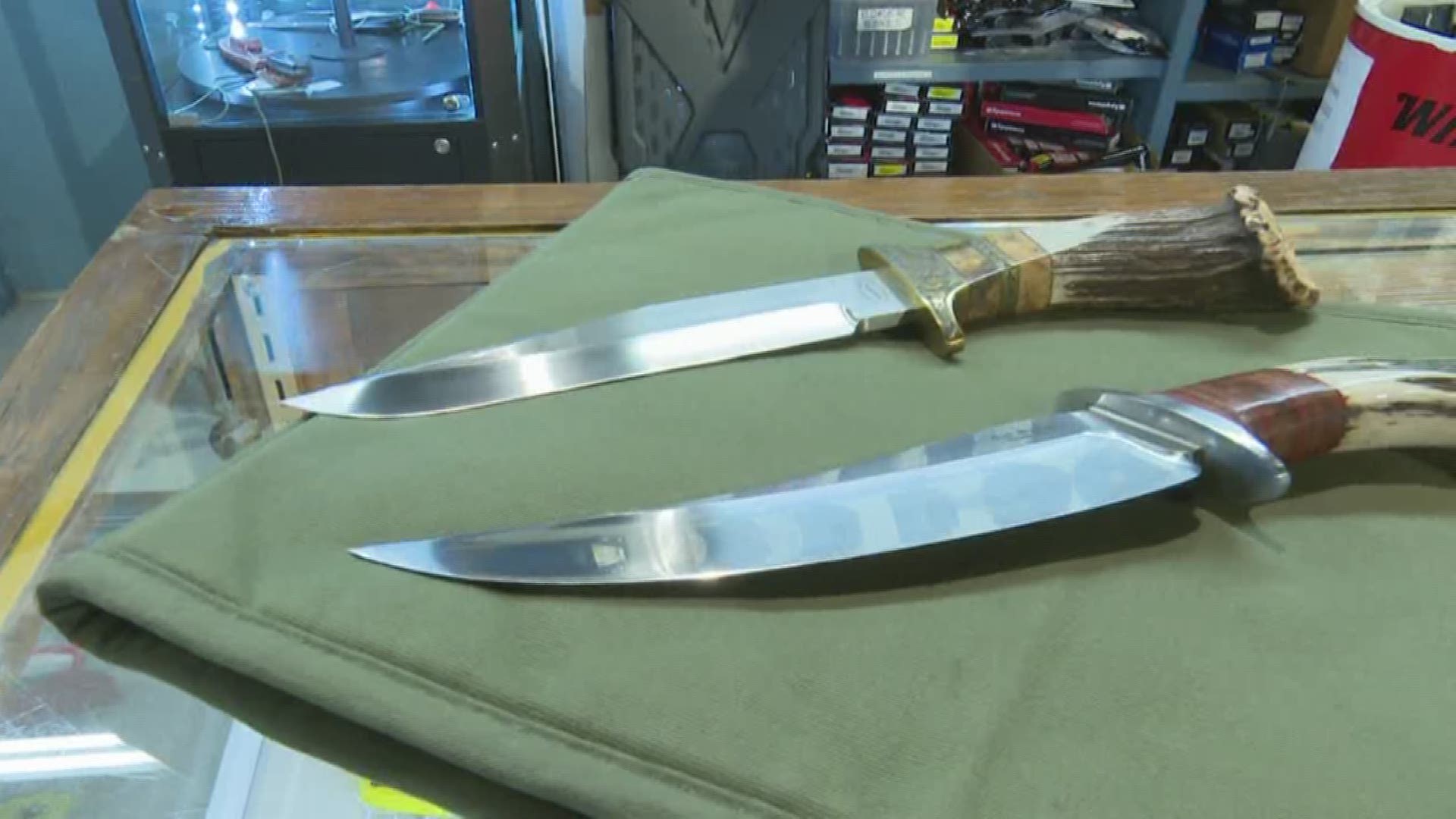 A new Texas law will soon make it legal for anyone to walk down the street carrying a sword or even a machete.

House Bill 1935 was recently signed into law, and come September, long knives, daggers and even spears can legally be taken into public.

The author of the bill, Representative John Frullo said its main purpose is to simplify the laws pertaining to knives and to limit their restrictions.

“Accidents happen and people misuse things. So any of that can apply to a knife just as well as it could to a gun," said Mike Clark with Collectors Firearms.

Any blade over 5.5 inches, which is currently illegal, can soon be carried in public by law. That includes daggers, spears, swords, Bowie knives, and even machetes.

“But I don’t think you’re going to see a lot of it. People aren't going to use these big knives. They’re cumbersome. You don’t want to walk around with one of those every day. But if you want to, it’s your right," Clark said.

The only places they won’t be allowed include schools, bars, hospitals and churches.

Clark said most of these knives are used for hunting and fishing, but some people buy them for self-defense.

However, locals aren’t so sure.

Some say they may need to be the ones who need the protection.

“Even if the person was no threat, I would automatically start assuming and starting to kind of look at the situation," said Mark Cousins.

Representative Frullo also said as a business owner, you are allowed to post signs prohibiting anyone from bringing a knife on your property.