New audio recordings suggest a local campaign worker plotted to use absentee ballots to help a friend on the school board unseat the current mayor. 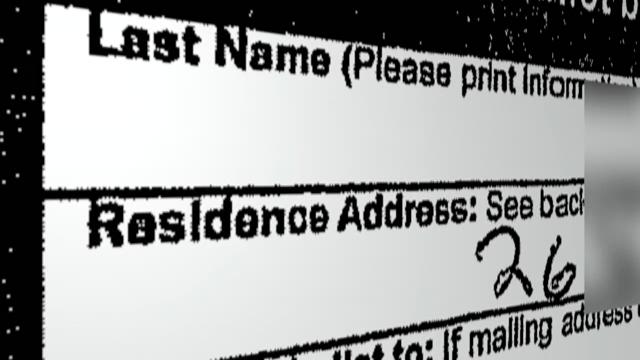 GRAND PRAIRIE – New audio recordings suggest a local campaign worker plotted to use absentee ballots to help a friend on the school board unseat the current mayor.

“This town ain't for sale,” said Mayor Ron Jensen after listening to the recordings with WFAA.

Barrientos: Old David over there is trying to get the mayor's seat.

Barrientos: David's trying to get the mayor's seat. He's going from school board trustee to mayor.

Barrientos: 25,000 absentees they're targeting for the next election.

Barrientos: He's already got somebody giving him the money and everything.

Williams said Barrientos is plotting to steal the mayoral election in two years for his friend David Espinosa, who was elected to the school board two years ago.

Espinosa denied the allegations to WFAA and called them “untrue.”

When asked if he is considering a campaign against Jensen in two years, Espinosa said he was not going to run. The school board member also told WFAA that he endorsed Jensen before and plans to do so again in two years.

In an interview with WFAA this week, Barrientos called the recordings “guy talk” with Williams. Barrientos said he has not done anything illegal.

Still, the recordings of him as recently as late April suggest the plot to defeat Jensen was underway.

Barrientos: We're working Grand Prairie. The mayor don't even have a f*****g clue, bro. We've got most of them already set up. So, we're going to unseat a mayor bro. We're going to have us a town.

Dallas County Elections Administrator Toni Pippins-Poole faced questions and concern from Dallas city councilmembers on Wednesday as they voted to certify results from the May 6 election in order to proceed with runoff elections in three districts next month.

Pippins-Poole, who said she was unable to speak to WFAA as the District Attorney investigated, told councilmembers that the state legislature needed to strengthen laws to stop “bad guys.”

Mail-in ballots remain susceptible to fraud. They’re available to senior citizens and the disabled. The problem is, Dallas County verifies the voter but never authenticates the person helping fill it out. Pippins-Poole said her office is not required to by law to do any more. Not verifying who is filling out an application could lead to fraud. Many Dallas County voters complained they received ballots in the mail that they never requested.

Prosecutors are trying to identify a person named “Jose Rodriguez” who helped dozens of voters fill out their ballots. The address listed for “Rodriguez” belongs to a house in Oak Cliff. The family who lives there said they know no one by that name.

Prosecutors, in a court filing, said there are 700 ballots that are either suspicious in nature or were assisted by that person named “Jose Rordiguez.”

Barrientos said he is not Rodriguez.

On Tuesday, WFAA broadcast other recordings in which Barrientos claims he pays off someone inside the county elections to find out when mail-in ballots get sent out.

Williams: What do we do, chase the mailman or how does that work?

Barrientos: Your homeboy that's at the elections office. He tells you when the f*****g ZIP codes are dropping. He'll tell you like 75221 fixing to hit. Today. They're going out.

Williams: He tells you that?

Barrientos: He's not supposed to but yeah. But then you've got to drop a hundred or two or three. Whatever it is. He can't do it for free.

The Dallas County District Attorney’s Office also has copies of the recordings made by Williams and is using them as evidence in its two-month long investigation into allegations of voter fraud.

Barrientos, in WFAA’s story on Tuesday, explained how easy it is to pressure senior citizens to choose a candidate whom he suggests.

"It's an open market. Whoever gets to that voter first when he gets his ballot in the mail, right, that's who gets that vote. Nine times out of ten they're going to vote for who the person in front of him tells him to,” Barrientos explained to WFAA. "This is what works on everybody. Let me give you the stamp. The U.S. Postal stamp. I mean 99.9 percent of the time they're going to vote for whoever you suggest. You've got to understand, especially in poverty neighborhoods, most of these seniors don't have anybody to come visit them."

Mayor Jensen said many in his city already suspect something wasn’t right after the last election.

Democrats and Republicans issued statements on the WFAA story on Wednesday.

“Democrats have always said it is time for solutions on mail-in ballot fraud. These pleas were ignored as Republicans told fairy tales about rampant in-person voter impersonation only to pass discriminatory voter ID laws that make it harder for people to vote,” said Gilberto Hinojosa, the Texas Democratic Party Chair, in a news release.

“As you know, DCDP (Dallas County Democratic Party) does not administer nonpartisan races, nor does it endorse candidates in nonpartisan elections. Nevertheless, we wish to make clear our position that voter fraud cannot be condoned at any level, and we will not tolerate this behavior from anyone, outside or within the Party. We pledge our full cooperation with any governmental investigation, and if the allegations are true, we will take appropriate action,” said Carol Donovan, chairwoman of the Dallas County Democratic Party, in an emailed statement.

“This type of gross abuse of the political system is absolutely detestable. With over 700 alleged reported fraudulent votes purportedly cast, it is absolutely imperative that the District Attorney look into this issue,” said Chairman Phillip Huffines in an email to WFAA. “Anyone who seeks to falsify documents in order to game the system is no friend to liberty or the United States.”