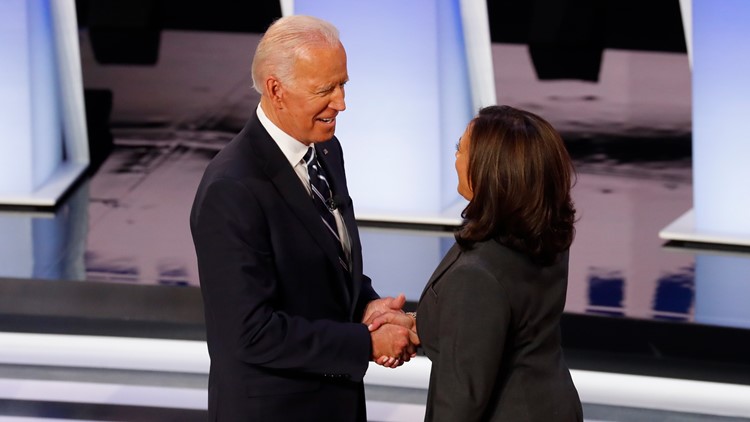 Biden tells Harris to ‘go easy on me, kid’ in second night of Democratic presidential debates

WASHINGTON — As Sen. Kamala Harris walked onstage ahead of the second night of the Democratic presidential debates in Detroit, Mich., former Vice President Joe Biden shook her hand and said “go easy on me, kid.”

Still, others thought the moment was endearing.

"HOW CAN YOU NOT LOVE HIM," one person said in all-caps.

In the first round of debates, Harris and Biden faced off in an explosive moment. Harris questioned Biden about his time working with segregationist senators and opposing aspects of school busing in the 1970s.

She explained she benefited from busing as a young girl growing up in California.

“There was a little girl in California who was part of the second class to integrate her public schools, and she was bused to school every day,” she said in the first debate. “And that little girl was me."

She said she did not believe he was a racist, however.

Biden did not apologize at the time, but did say he was opposed to busing being ordered by the Department of Education.

The experts and pundits expected a standoff between Harris and Biden in the second debate. The first exchange was largely lauded as what bumped Harris into the top tier of candidates.