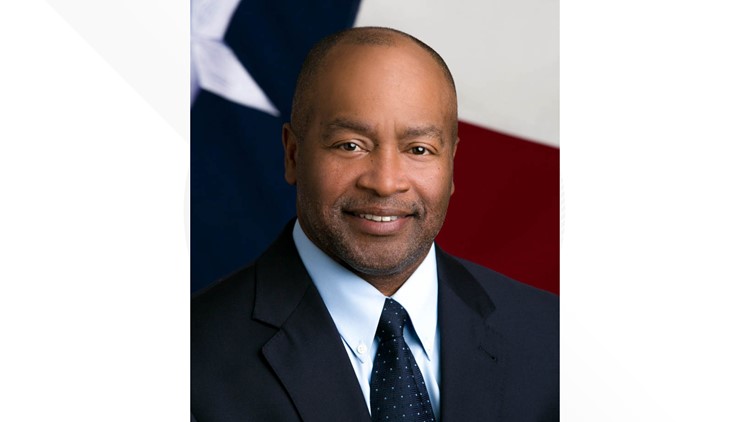 I am running for the U.S. Senate, because I know there is "A Better Way", and I intuitively know my economic model, The Cycle of Return-Incentives for Texas Counties, is applicable to all 3,142 counties, county equivalents, and the District of Columbia. My main concern is the 254 counties in Texas.

I am the only candidate who has an economic model for Texas (254 counties) and can be applied to other states' counties (2,888). My direction gives our major taxpayers, homeowners and property owners, the opportunity to rebuild their counties, with incentives, through Public Controlled Capitalism. This allows everyone to be assigned an incentive rate-advantaged 5%, disadvantaged 8%, and a risk-free rate of 3%. Major taxpayers can invest in their resident citizens for skilled vocational trades.

I address the three biggest problems in Texas, and the country, through my economic model, The Cycle of Return-Incentives for Texas Counties, post-secondary education, healthcare, and retirement. This model addresses retirement by allowing only homeowners and property owners to invest in their county citizenry, it addresses education by allowing all to continually obtain skilled vocational trades for the workforce, and we address the healthcare issue by making healthcare affordable so all can pay, not by giving it away, through several mechanisms such as Health and Safety Code 121- Local Public Health Reorganization Act and Government Code 791, allowing counties, cities, towns to team up and negotiate hospitalization rates elimination of deductibles and coinsurance, which is the most expensive aspect of healthcare, peel off Medicaid and Medicare hospitalization funds and allow counties to have monopsony power with close proximity to hospitals, DOJ- Anti-trust Division bust up these hospital monopolies, and more building permits in Texas for hospitals (supply side), increase nurse practitioners if AMA don't loosen the restriction on more doctors. I want hospitals to make their money, I understand this is capitalism, but our citizens cannot go broke trying to stay alive, which is naturally instinctive to all.

I am advocating something all should rally behind, Skills Fund Legislation for all 3,142 counties, but if it cannot get past as national legislation, it will be my intention to get Texans behind state legislation moving ahead of the Federal legislation. I will put Abbott and Patrick in a box because I know they will be up for re-election, I want $762 million from the Rainy Day Fund, $3 million each county and separate from county funds to be paid out to homeowners and property owners for investment in their county citizenry for skilled vocational trades. They will have to explain why we cannot do this and I do not believe they can; this will actually increase the size of the Rainy Day Fund, exponentially. I frankly expect every officeholder in Texas to be in agreement with this, if not they will be lumped in with all that tried to put that state income tax on Texans. I am serious about homeowners and property owners getting the opportunity to rebuild their communities within counties. We have a chance to lead, not only America but the world in how to bring the advantaged and disadvantaged together for a common purpose-opportunity for all the right way.

The Second Amendment allows State and Federal Governments to regulate arms, but I want to put pressure on the gun manufacturers by making all guns with smart gun technology, no loop-holes. Either fingerprint must match or gun cannot be fired. Of course, I am for "deep" background checks and shared psychological and criminal histories across state lines.

Rescind the $1 trillion dollar tax cut for the wealthy and place it where it belongs for a few years, with the middle class. This is why it is important to have Skills Fund Legislation for counties, so new people can have the ability to enter the economy, with good-paying jobs, and contribute every April 15. And also get rid of Space Force, and cut the military budget responsibly, without jeopardizing national security.

I do not support open borders, but we can rebuild all countries who have economic troubles, the Northern Triangle, through a modified Marshall Plan. Federal Skills Fund Legislation would allow people to come to our country to obtain skilled vocational trades through homeowners and property owners, with portions of the aid monies, that was supposed to be foreign aid, being distributed in county skills funds for incentive payments. The model will work the same, after certification or licensure they will have to go back home and others would come in an orderly fashion. We will begin to spread "goodwill" again to poor nations, such as Haiti, Liberia, etc.

I do not support free healthcare, I do support universal coverage in all insurance plans. If a person does not pay for it they abuse it; I was in the healthcare profession for almost 30 years and the E.R. stayed full, breaking hospitals all over the United States. I am for affordable healthcare for all, only the truly sick do not pay; everybody else will have to get a skilled vocational trade through homeowners and property owners, so they can take care of themselves and their family. You see, capitalism does not lend itself to being given away easily, so we must incentivize with our tax code by increasing the exclusionary income to $50,000 for paying health insurance premiums for the poor and skilled vocational trade education profits. This would work particularly well with Texas since we have no state income tax. I recognize Texas leads the country in uninsured citizens, I do not like it.

I can work with anyone who knows where our quality of life and standard of living is based, local. As long as I see a benefit for the counties of Texas and others in a legitimate way.

I will not compromise when it comes to giving ordinary people their opportunity to use their brainpower and ingenuity. My economic model, The Cycle of Return-Incentives for Texas Counties.

No arrest or charges.

No lawsuits or bankruptcies.

I live in a rural county, but depending on the situation when in Houston-light rail.