Inside Texas Politics: Tensions high over election legislation as special session gets underway

State lawmakers worked over the weekend, after the special session began on Thursday. Gov. Abbott has outlined 11 priorities for the session. 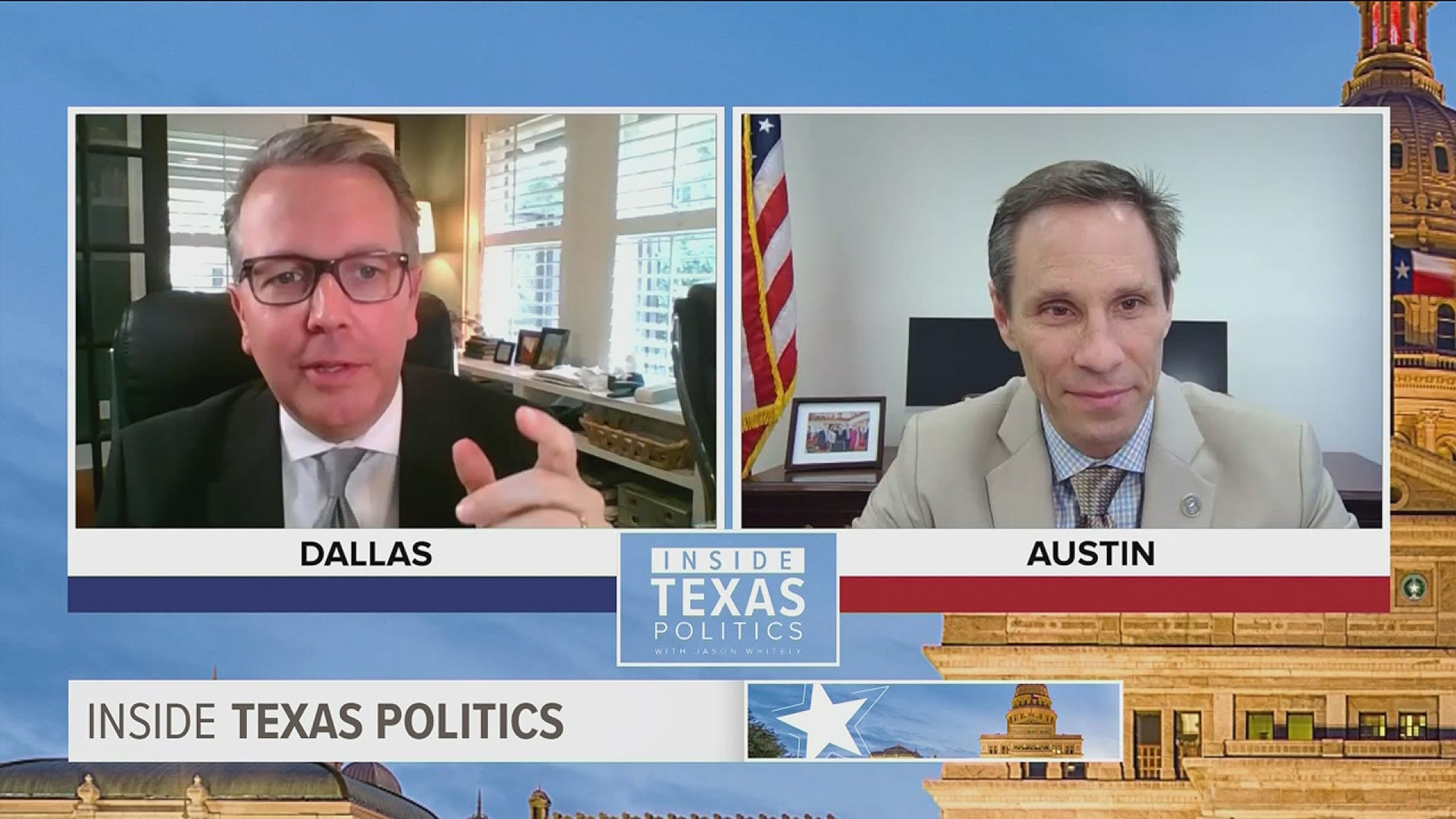 DALLAS — The Texas legislature’s special session began the past Thursday and lawmakers met over the weekend to work on the priorities laid out by Gov. Greg Abbott.

Can Republicans pass their priorities this time? State Sen. Bryan Hughes, a conservative, is behind some of the most controversial bills of the special session, including Senate Bill 1.

Hughes said he thinks a vote on that legislation could come as soon as July 13.

What options do Democrats have?

On the other side of the aisle, Democrats are aware there is very little they can do to stop Republicans from passing legislation.

The main point of tension for the special session: SB1.

State Sen. Nathan Johnson, a Dallas Democrat, said while there have been some changes to the elections legislation, he still can't support most of it.

RELATED: Dallas Democrat supports some aspects, but not most, of GOP election bill

There have been some changes since May. SB1 now adds an hour to Sunday voting, instead of shortening it, as the previous version did.

During the regular session, Democrats walked out to stop the bill from passing. One of the state lawmakers who left, Rep. Jessica Gonzalez, said they are considering all their options for the special session.

But even if the Democrats choose to walk out, Abbott can keep calling them back.