A new Republican mayor in a Democratic stronghold pledges bipartisanship. Can it last?

Since the election, Mayor Javier Villalobos has been preaching unity and has vowed to work with everyone, no matter their party. 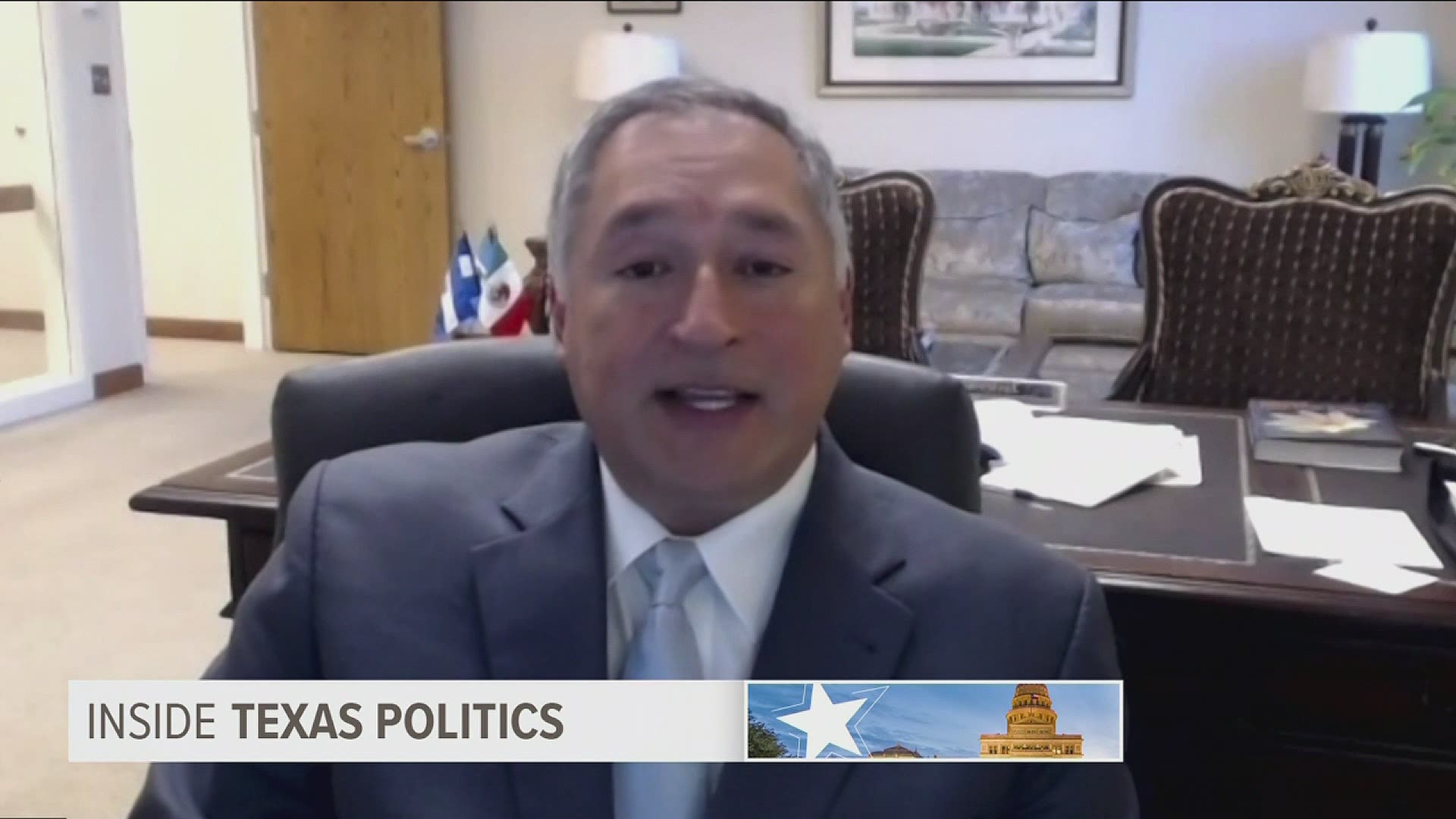 MCALLEN, Texas — When a Republican was elected mayor last month in McAllen – a city with a population that’s 85% Hispanic – the state and national GOP declared it a major victory. President Joe Biden won McAllen by around 17 points during the 2020 general election. And yet McAllen voters sent a Republican to the mayor’s office for the first time in decades.

But since the election, Mayor Javier Villalobos has been preaching unity and has vowed to work with everyone, no matter their party. And he says it’s a promise he intends to keep.

“Be inclusive. Talk to everybody. Invite everybody. That's how you're going to be able to increase your party," he explained on Inside Texas Politics. "There's no reason to be adversarial, and sometimes I see it in either party, the right wing, the left wing. Look, what's important to the majority of the people is that there be food on the table, that our economy do well, and that's something that transcends party lines.”

The mayor says there’s a number of items on his to-do list, some large, some small; some will be quick, others will be a long play. One of the projects that will take effort is improving the city’s drainage, which the mayor says is also a problem for surrounding areas. One of his quicker projects will be cosmetic.

“Revitalizing our downtown area or bicentennial area, those are the easier things we're trying to do,” he said.

Villalobos is the former chair of the Hidalgo County Republican Party, and he was a city commissioner when elected mayor. His victory continues a recent string of successes for Republicans in south Texas.

Democrats underperformed there the last couple of elections. And former President Donald Trump did better than expected in 2020. So why all the GOP success in what has historically been a Democratic stronghold?

“I think a lot of the individuals now, Hispanic individuals, are not afraid of saying anymore, look, I'm conservative. Whether they’re Republican or not, they are conservative. They have traditionally been very conservative, but always vote more as a Democrat. I think they're opening up their eyes and saying look, it's a good thing. And I always say competition is a good thing,” said the mayor.

And if he could take a message to the likes of Gov. Greg Abbott and Biden, he says it would be for them to come to the middle a bit more.

“But at the very end, we’ve got to try and work things out. And that's something that sometimes I believe that they try not to," he said. "I mean, how do you raise money? By being adversarial, by pointing fingers at somebody else: 'Look you’re not like them, you’re like this, send me money.' And that’s not a right thing.”

Watch his full interview on Inside Texas Politics below: