The issue, though, could get even more complicated after May 1. That’s when Austin residents will vote on Proposition B, which would reinstate a homeless camping ban 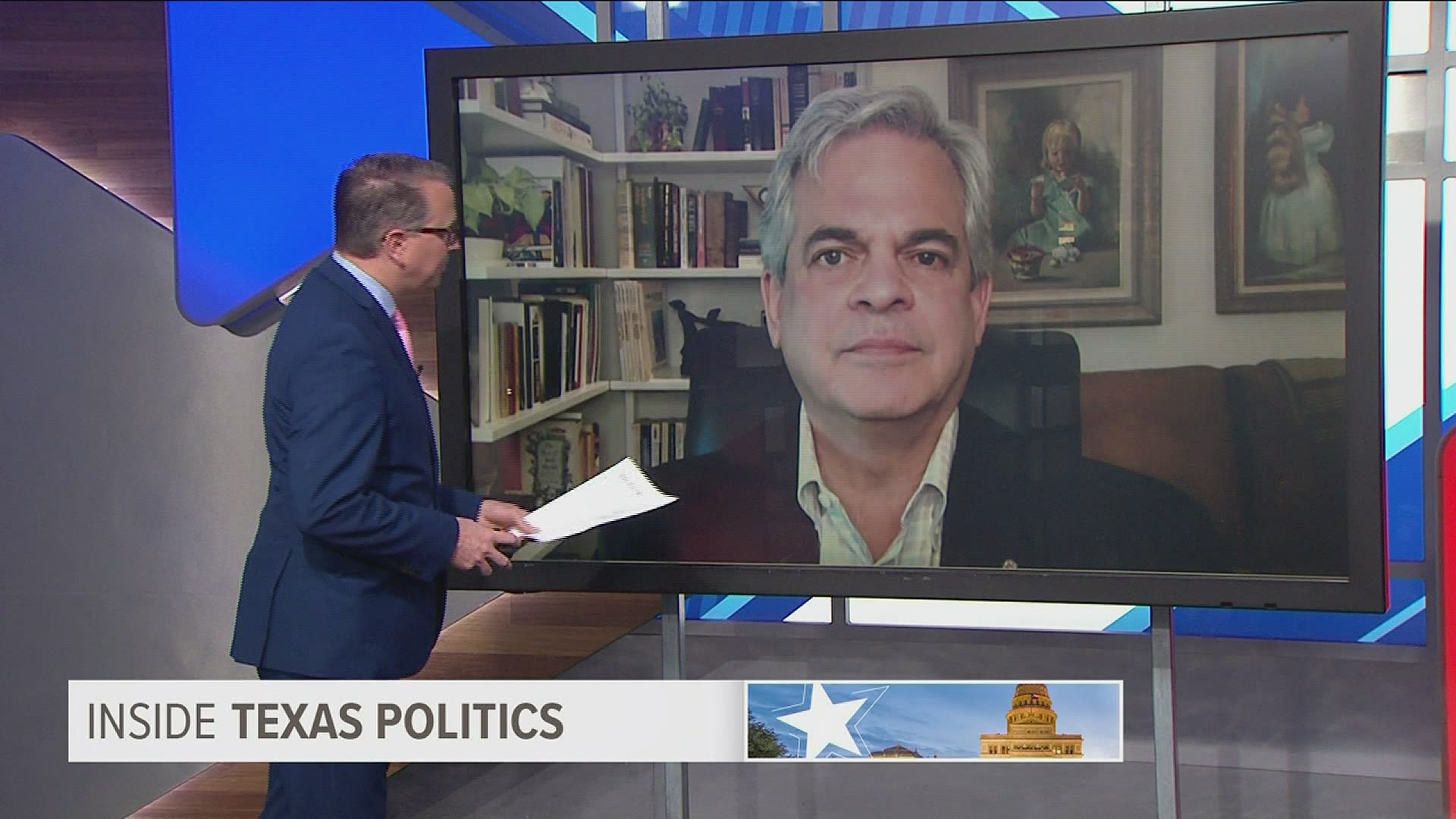 DALLAS — The City of Austin is expected to unveil a new comprehensive strategy next week to combat homelessness after non-profit organizations, business leaders, service providers, and social advocates met in a so-called "homeless summit."

“I think they’re going to propose a system-wide plan that not only has us investing what’s necessary for permanent supportive housing long-term, but also doing what’s necessary to get people housing and off the streets and out of tents that people are seeing right now,” said Mayor Steve Adler on Sunday’s Inside Texas Politics.

Summit recommendations are expected mid-month, perhaps as soon as April 12.

There are also expected to be varying levels of implementation to the new strategy including a 30, 60 and 90-day plan along with goals after one and two years.

But the issue could get even more complicated after May 1. That’s when Austin residents will vote on Proposition B, which would reinstate a homeless camping ban.

If passed, Proposition B would make it illegal to camp in certain public places, sit or lie on public sidewalks and some outdoor areas and panhandle at night.

Mayor Adler has said in the past that he expects a very close vote.

But it is uncertain how Proposition B, if passed, would conflict with implementation of the summit’s recommendations.

“I think our action remains the same regardless of the vote. I will tell you that if the proposition passes, I think it’s going to be more difficult for us to be able to get the job done. But regardless, we have a job to do in the community and we’re going to do it,” the mayor told the television program.

A court decided last week that Austin and Travis County’s mask mandate is legal, even though the governor dropped the statewide order.

Adler said Austin will hopefully be back to normal by the end of May after anyone who wants a vaccine there has a chance to get it.

"Austin is fortunate to have a mortality rate that’s less than half of what it is in the state’s average, the federal average. And it’s because we have that discipline. We just need to maintain it.”