Texas AG Ken Paxton said it doesn't make sense to jail someone "for doing something that is normally a lawful activity." 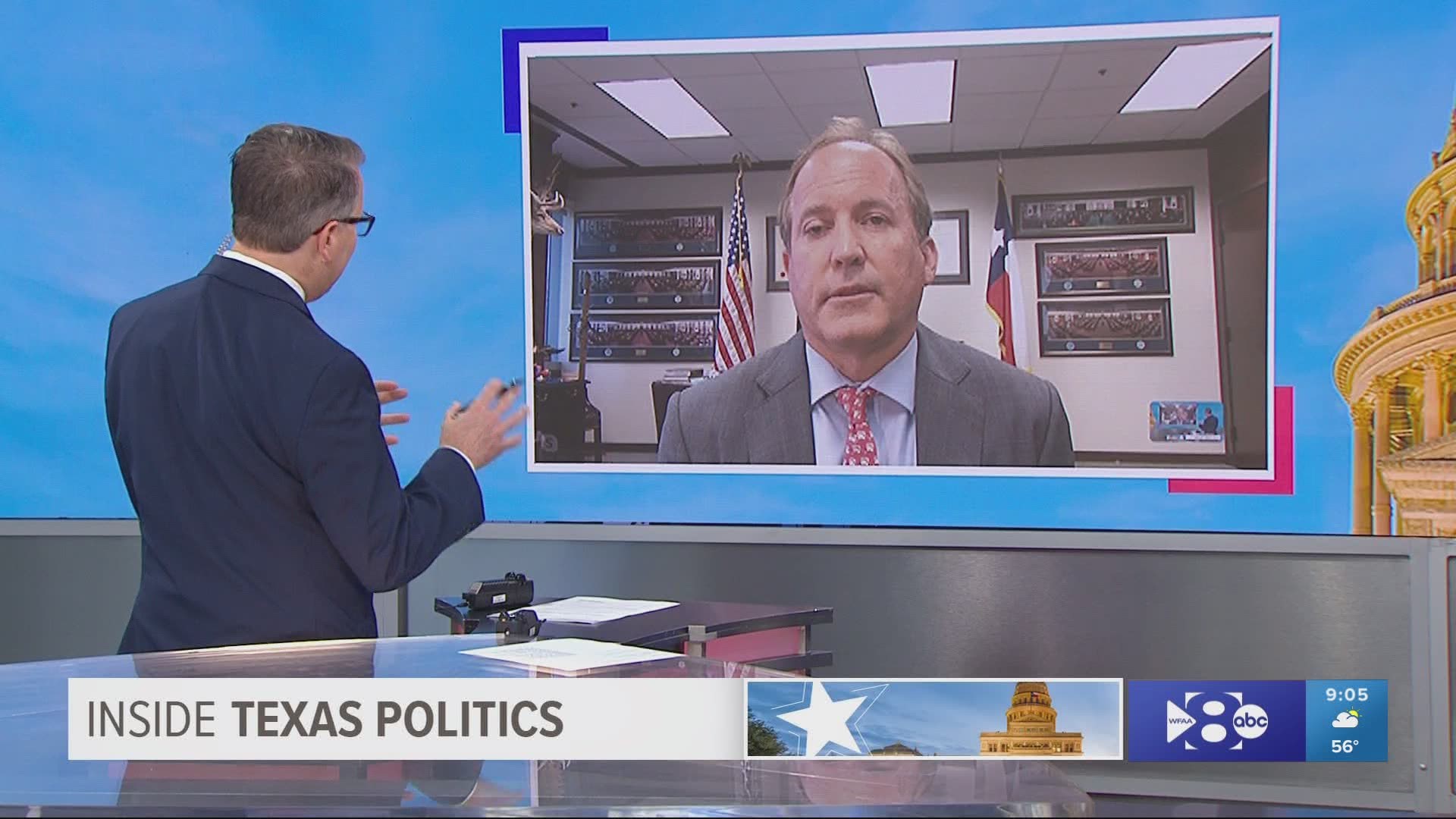 The salon owner, Shelley Luther, was jailed after she violated a temporary restraining order telling her to close her Dallas business. Luther reopened her business before a statewide stay-at-home order was lifted.

Paxton said it doesn't make sense to jail someone "for doing something that is normally a lawful activity."

Luther was released after spending two days in the Dallas County jail. The Supreme Court of Texas ordered her release Thursday.

Watch this week's episode of Inside Texas Politics below:

He said Democrats are questioning why the AG and governor got involved in a local case.

"Ms. Luther wasn't jailed because of violating executive orders. She was jailed for contempt of court," Turner said. "It's gotten a little twisted the way Republican politicians have talked about this the past few days."

They must decide how to safely reopen businesses and government, and where to cut budgets because of lost sales tax revenue.

It's happening in city halls across the state, including Dallas.

Though Gov. Greg Abbott has allowed some businesses to start reopening, leaders in large cities continue to urge people to stay home as possible. Many urban areas are seeing high daily numbers of new COVID-19 cases.

The governor said in a phone call to lawmakers -- that was later leaked by Texas Democrats -- that confirmed cases will increase. Abbott said there's one metric he's specifically looking at – the hospitalization rate.

There are more cases reported, but fewer of them are ending up in hospitals.

Abbott has watered down his stay-at-home orders saying that no one can be fined or jailed for violating them. A lot of people are now asking -- well what's the point of having them? What kind of precedent will this have for years to come?

Three polls in the last few months show Biden either tied with Trump in Texas – or within the margin of error.