“This is an historic investment in American families,” Dallas congressman Colin Allred told Inside Texas Politics 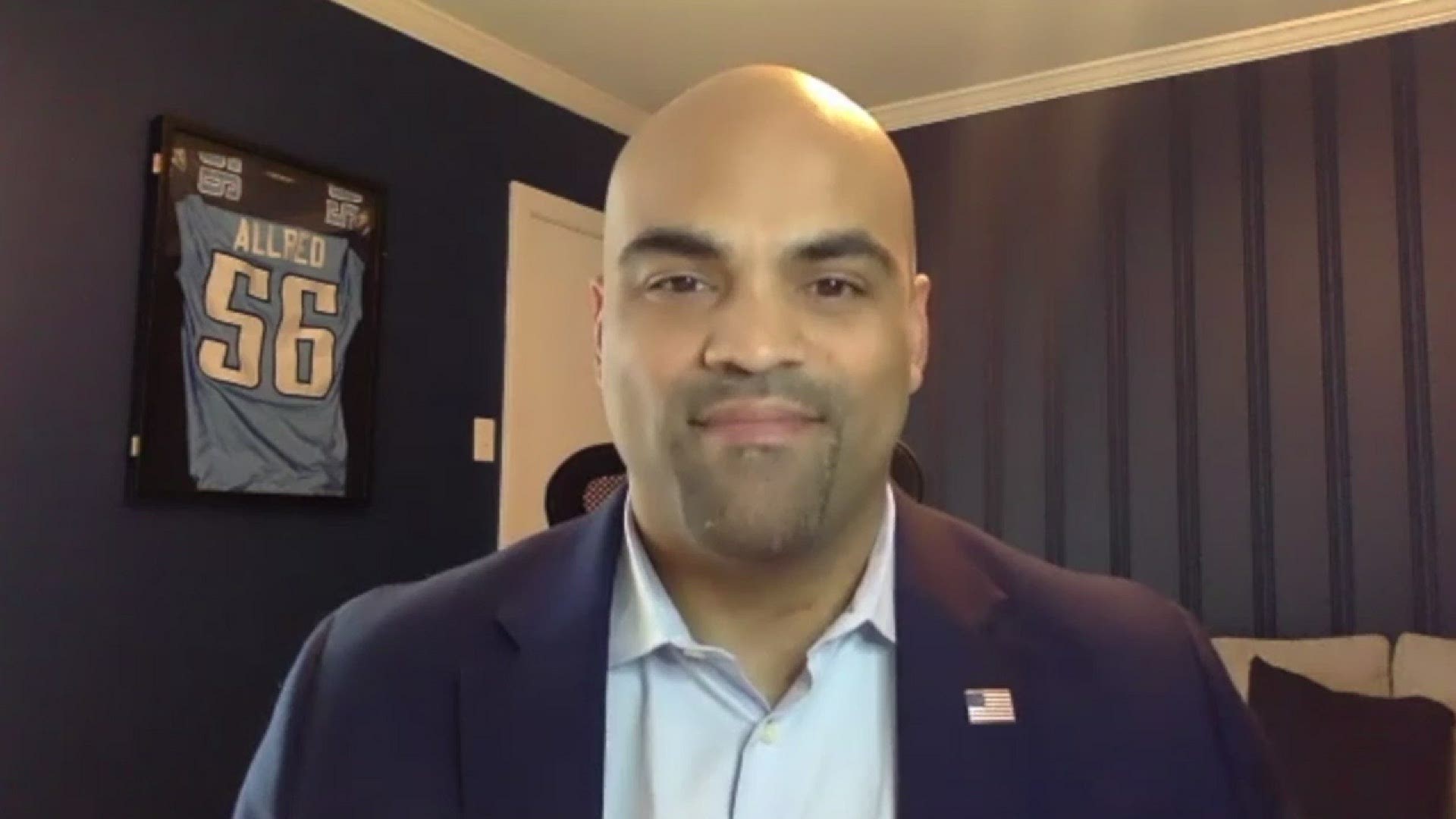 DALLAS — There is perhaps no bigger advocate on Capitol Hill for paid family leave than congressman Colin Allred. In fact, the Dallas Democrat was the first member of Congress to ever take paternity leave.

But in an effort to gain the support of Sen. Joe Manchin, paid family leave was removed from the Build Back Better Act.

Still, Allred says progress has been made.

“I think what we’ve established in this process is that the majority of the American people support paid family leave, that we have a lot of businesses that support us having a national paid family leave policy,” the congressman said on Inside Texas Politics. “We’ve set a baseline that I think is going to make it easier for us to take this fight to the next piece of legislation.”

The White House released its new framework for the Build Back Better Act last week, unveiling a new, compromise piece of legislation to Democrats in an effort to gain enough votes from progressives and moderates in Congress.

It is significantly pared down from the original version. But Allred says the now roughly $1.75 trillion dollar plan is something he can and will support.

“This is an historic investment in American families,” he said.

The Democrat says there’s still plenty left in the legislation to like. He says he was raised in Dallas by a single mother and this bill would have made a huge difference in their lives.

From extending the child tax credit…

“The North Texas Food Bank has told me they can track when the child tax credit hits bank accounts, the demand for their supplies goes down and goes back up in the weeks afterwards.”

“Which is one of the best investments we’ve made for our young people. We get $7 back for every dollar we invest in early childhood education.”

…to capping the cost of childcare.

“These are enormously important things that have been priorities for decades that are in this piece of legislation.”

President Biden has promised that the legislation will not raise taxes on anyone making less than $400,000 a year. Allred says that will remain true, even after the compromise, as he says there will be a different approach to the revenue side, pointing specifically to a corporate minimum tax.

“We’ve had so many of our most profitable corporations who have paid zero in federal income tax over the years, to try and make sure they’re paying, at least, a minimum of 15% to contribute to the society that has made their success so possible,” Allred said.