House Bill 1631 passed both chambers of the Texas Legislature last month before heading to the governor’s desk. 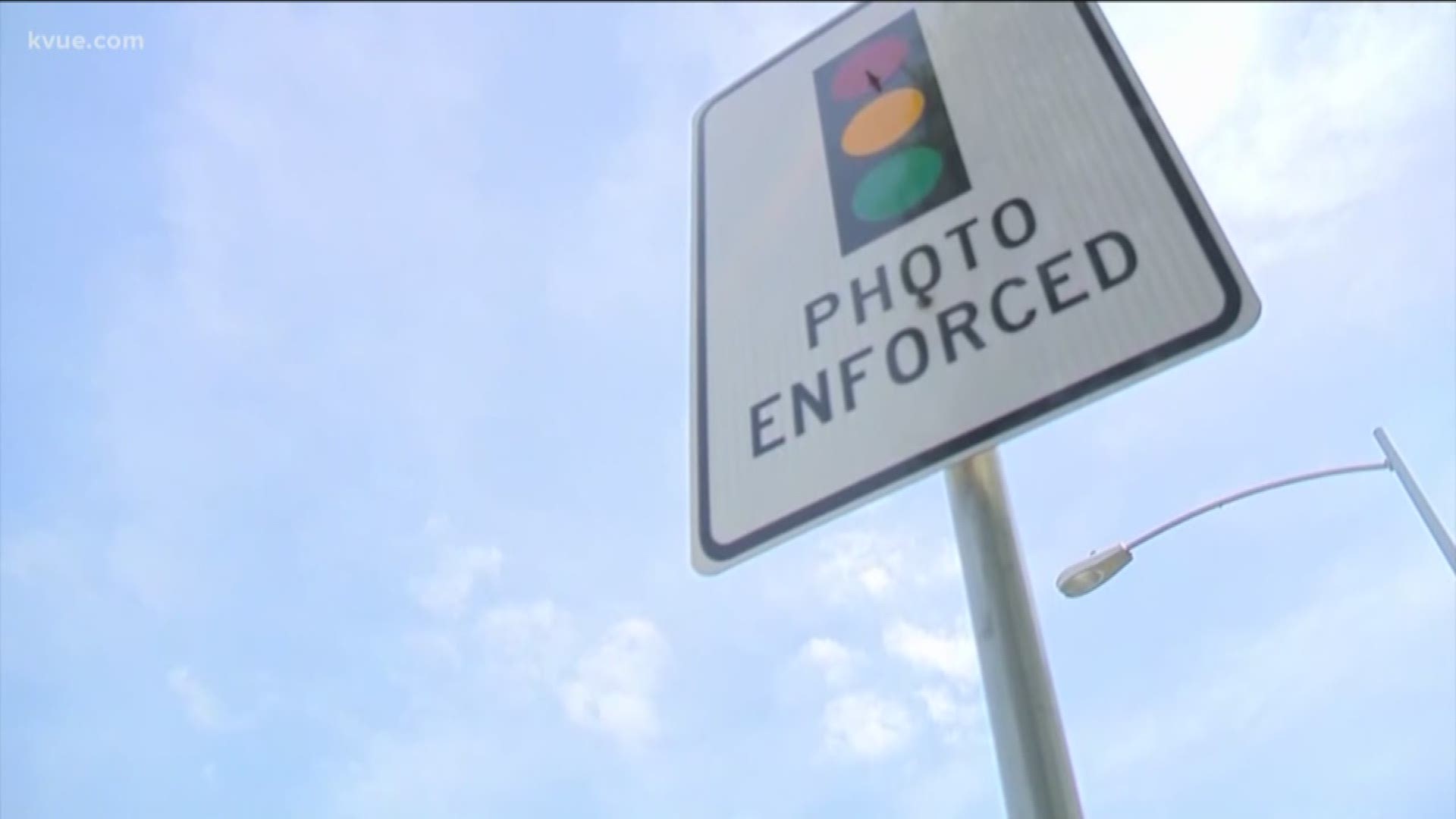 House Bill 1631 passed both chambers of the Texas Legislature last month before heading to the governor’s desk.

According to the City of Austin's contract with its vendor, Redflex Traffic System, this legislative change results in a no-fault termination of the contract.

In the contract, it shows the City originally extended its contract with Redflex for five years back in March of 2018 for $6,083,508.93. The City told KVUE it will only be paying for the contract with the vendor up until the end of May.

While you might still be able to see a physical red light camera, those photo-enforced tickets are coming to a stop right away.

A spokesperson with the City of Austin told KVUE in a statement, "The City has directed our vendor to cease red light camera enforcement. Any traffic ticket photos taken after June 1, 2019, shall be null or void."

Lawmakers who argued to ban the cameras say they're unconstitutional and place the burden of proving innocence on the driver, which is not how the American criminal justice system works. And Stickland said the cameras don't stop drivers from running red lights.

During the debate last month, Rep. Ramon Romero (D-Fort Worth) urged his colleagues not to pass the bill and said the reason the legislature voted to allow red light cameras in the first place was to help stop T-bone collisions.

"If you have any question about this vote and whether or not your vote is going to contribute towards another death, make no mistake, because that's exactly what you're about to do," said Romero.

"In studies that we looked at, there are a number of different ways you can cut down T-bone accidents without infringing on people's constitutional rights," said Stickland.

"The City of Austin has a great program that they implemented that tracks a car as its entering, the speed, and then calculates whether they're going to run the red light or not and adjusts the timer for everyone else," he added.

WATCH: No more red light cameras in Texas? It could happen