George H.W. Bush’s funeral: What the internet wants to know

We're following the searches fielded by Google in the wake of George H.W. Bush's passing. 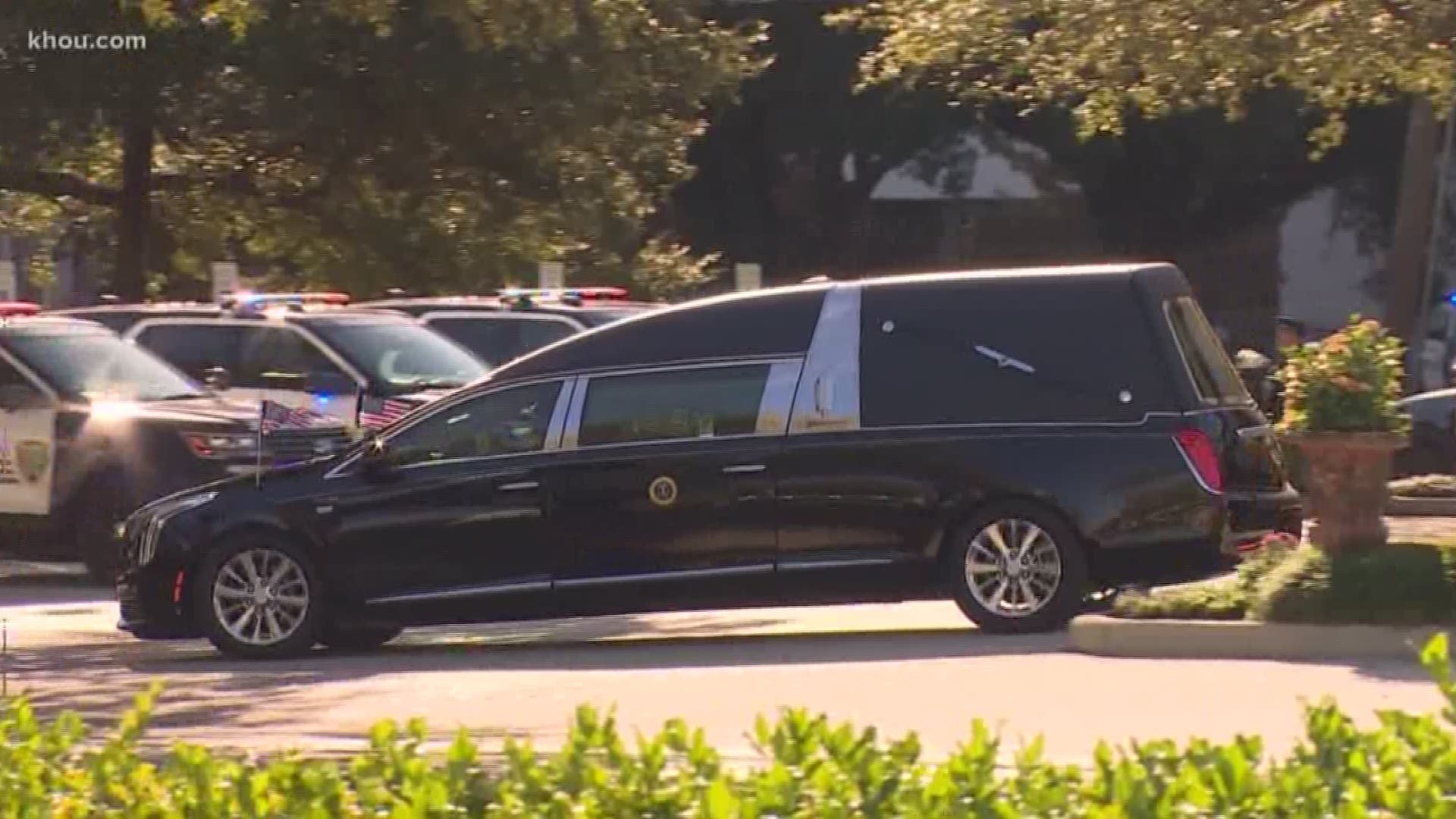 George H.W. Bush has held the internet’s attention since his passing late Friday. His funeral services set for this week are sure to continue to grab search traffic online.

Google Trends keeps tabs on what’s being entered into the search engine. We’ll monitor the system’s results and update this story with answers to popular online queries.

The latest: Here are the latest trending searches related to George H.W. Bush.

Former senator and RNC chairman Bob Dole was at the heart of a touching moment Tuesday while Bush was lying in state. Dole stood up from his wheelchair to salute the former president's casket.

"What religion is George H.W. Bush?"

He was a lifelong Episcopalian.

Bishop Michael Curry, the head of the Episcopal Church, was the presiding bishop at the funeral for former President George H.W. Bush at the National Cathedral in Washington on Wednesday.

Ashley Walker Bush was a popular search topic when she gave a reading at the funeral. The 29-year-old is one of 14 of George H.W. Bush's grandchildren and is one of Neil Bush's two daughters. According to NPR, she works as a film producer and has multiple short films to her name. She was also a co-creator of a web series called Route by Route, which "journeys into the worlds of what drives successful women entrepreneurs in the United States," according to the Huffington Post.

Lauren Bush Lauren, 34, is Neil Bush's other daughter, a former model and the co-founder of FEED Projects – a company that sells bags and experiences, and uses a portion of profits to feed hungry children worldwide. The company claims to have provided 103,321,347 meals through its work.

“Where will Bush be buried?”

Bush will be buried in a family plot behind the Bush library complex at Texas A&M, alongside his Barbara and his daughter, Robin, who died of Leukemia at age 3.

“Trump not going to Bush funeral”

President Donald Trump is indeed expected to attend Thursday’s funeral for Bush, despite a tempestuous relationship with the Bush family in recent years. According to the New York Times, Trump will not deliver a eulogy.

Trump did not attend the funeral of former First Lady Barbara Bush, who died in April.

“Who will speak at Bush funeral”

Per the New York Times:

"Eulogies will be delivered by former President George W. Bush, Mr. Bush’s son, and two friends, former Prime Minister Brian Mulroney of Canada and former Senator Alan Simpson, Republican of Wyoming. Rounding out the speakers will be Jon Meacham, the Pulitzer-winning historian and author of the definitive biography of the 41st president."

"How old was George H.W. Bush when he died?"

Joint Base Andrews is a U.S. military base in Maryland, about 10 miles southeast of Washington, D.C. President Bush’s body was flown from Ellington Field in Houston to Joint Base Andrews Monday in “Special Air Mission 41” – the name given to the flight marking 41’s final trip to the nation’s capital.

Neil Bush, one of five children of George H.W. and Barbara Bush, runs Points of Light – an organization started by the elder Bush after his famous "thousand points of light" speech in 1988. It now claims to be the "world’s largest organization dedicated to volunteer service."

Neil Bush was also part of Ted Cruz's fundraising team during the 2016 presidential election, after Neil's brother Jeb dropped out of the race.

Neil married his second wife, Maria Andrews, in 2004. He was previously married to Sharon Bush.

“Where is Jeb Bush?”

Google searchers were curious about the whereabouts of Jeb Bush, George’s second son. Bush was seen with his family at Joint Base Andrews for the arrival of Special Air Mission 41 Monday afternoon.

With the questions about Jeb’s whereabouts came queries about his wife – a common trend with celebrities and public figures. Jeb Bush is married to Columba Garnica Gallo, a Mexican-American philanthropist who’s largely tried to avoid the limelight.

The two met when Jeb was studying abroad in Mexico as a high schooler, according to Mexican media outlet La Opinion. They’ve been married for 40 years.

"How tall is Jeb Bush"

The 41st president is part of a massive family tree. He actually has 14 grandchildren, including seven granddaughters. Arguably the most well-known of his grandchildren are Jenna Bush Hager and Barbara Pierce Bush – the daughters of George W. Bush – and Texas Land Commissioner George P. Bush, the older son of Jeb Bush.

The federal reserve – the United States' central bank – popped up in search traffic because both the New York Stock Exchange and Nasdaq will close Wednesday to observe a "National Day of Mourning" following Bush's passing.

Dorothy Bush Koch is George H.W. Bush’s youngest child, and only living daughter. Doro, 59, has been involved with several nonprofits, including the Barbara Bush Foundation for Family Literacy.

Bush 41 had an affinity for colorful socks through his final days. He'll be buried in a pair of military socks to commemorate his service in World War II.