Demographers think of Census Day like the Super Bowl, calling the data 'The Redistricting File.' 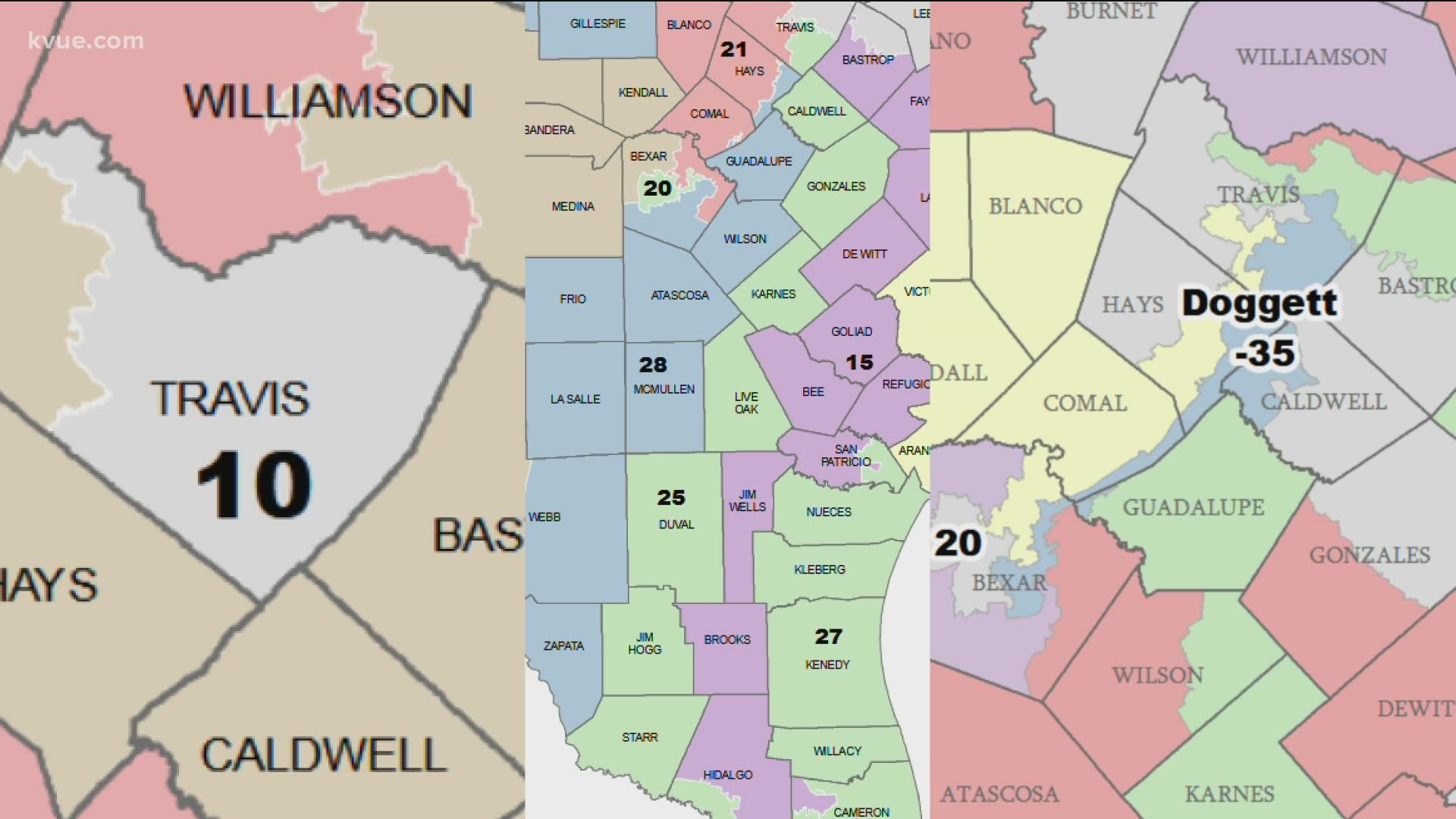 Because of the census results being released this week, legislators can finally start drawing out plans for state representative districts, state senate districts and U.S. Congressional districts.

"It kind of serves as the basis to rebalance representation across the country down to the local level, all the way up to the U.S. House of Representatives," Lloyd Potter, the Demographer for Texas, said.

Districts are supposed to have close to an equal distribution of population. As Texas grows, adding nearly 4 million people over the last decade, many people in the state have gravitated toward urban centers like Austin, Dallas, Houston, and San Antonio.

Here's a quick look at the growth around Austin/Travis County according to U.S. Census Bureau data. While Travis County...

RELATED: State demographer believes Austin-San Antonio could be next 'mega metro' area based on Census data

Both Democrats and Republicans have already begun strategizing on how to protect their parties. Redistricting usually involves dividing up neighborhoods, towns and counties. Historically, the party with the majority in the Texas Capitol typically will redraw lines to slightly benefit themselves.

"With technology, anyone with an interest in doing it can go and select go down a city block and divide the Republican parts and the Democratic parts in order to draw a district that does not reflect the community of interests, but does reflect advantage for one party over another," U.S. Rep. Lloyd Doggett (D-Austin), said.

As redistricting only happens after each census, this year's special session to redraw legislative boundaries will have lasting effects for the next decade.

"With respect to voting rights, this will have a long-term impact," Robert Ceresa, a political science professor at Huston-Tillotson University, said. "It lives much, much longer beyond this session. "It's almost as if we're getting a politics that's projected through a funhouse mirror and it distorts what we get on the other side of it in terms of public policy that can make the lives of Texans better."

This session, Democrats and Republicans have fought over election reform bills. Democrats broke quorum multiple times to prevent voting on the bill.

7.0 magnitude earthquake hits off the coast of Haiti

Drive a little, save a lot: Finding a home outside of Austin will likely cost you less