Much of the drama in the rapid-fire race had centered on Luther, a Dallas salon owner, and Springer, a state representative. 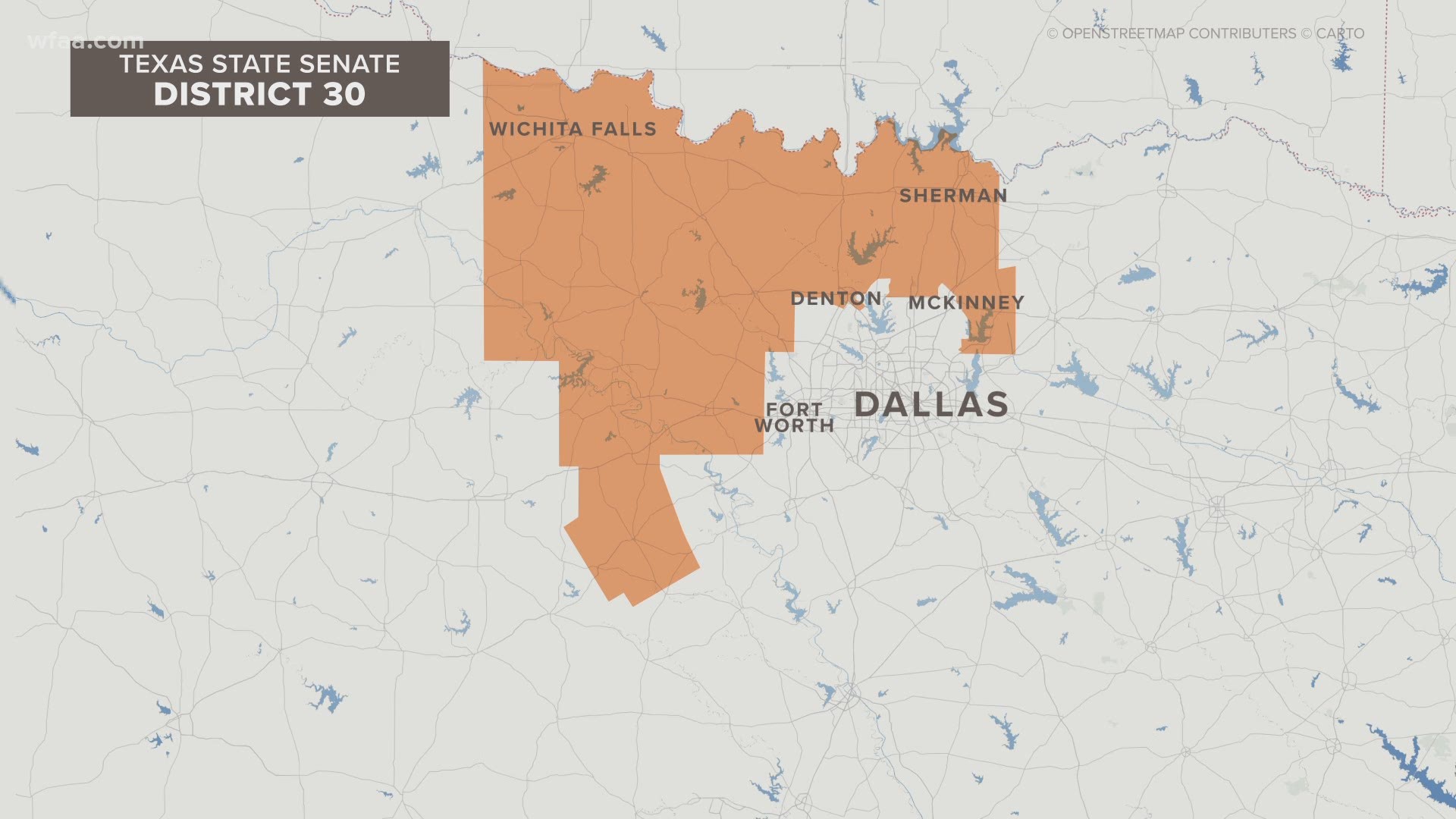 This story was originally published in The Texas Tribune.

Republicans Shelley Luther and Drew Springer are advancing to a runoff in the special election to replace state Sen. Pat Fallon, R-Prosper, according to unofficial election returns.

Each was getting about 32% of the vote late Tuesday in the six-way special election, with all polling locations reporting. Luther is the Dallas salon owner who was jailed earlier this year after refusing to close her business due to coronavirus restrictions, and Springer is the state representative from Muenster. The runoff has yet to be scheduled.

The sole Democratic candidate, Jacob Minter, was trailing in third with 21% of the vote. None of the other three candidates broke double digits.

Tensions were already running high between Luther and Springer, and the runoff is poised to be even more contentious. Addressing supporters shortly after 10 p.m. in Aubrey, Luther sought to prepare them for a brutal second round.

Springer briefly thanked his supporters on social media a short time later. "On to the runoff!" he wrote.

Senate District 30 is a largely rural district in North Texas that includes parts of the Dallas-Fort Worth area and stretches to Wichita Falls. Gov. Greg Abbott called the whirlwind special election for the seat a little over a month ago. Fallon announced his resignation after he was nominated for a congressional seat that is on the November ballot.

Much of the drama in the rapid-fire race centered on Luther and Springer. Springer began his campaign well positioned but had to increasingly deal with an unconventional opponent in Luther, who ran as the purest political outsider and the candidate would most aggressively push back on the state's coronavirus response.

Luther was especially vocal in her criticism of Gov. Greg Abbott, saying at one campaign event that "our tyrant governor has embarrassed us completely" with the business shutdowns he has instituted throughout the pandemic. While much less willing to bash Abbott, Springer also expressed disagreement with parts of the governor's pandemic handling, calling for the state to fully reopen.

In the final several days of the contest, Springer sought to undermine Luther's main appeal, unearthing since-deleted Facebook posts from early in the pandemic that seemed to run counter to her current anti-shutdown crusade.

The governor, for his part, never weighed in on the race.

Luther and Springer also sparred over issues unrelated to the pandemic, including Springer's work for the Dallas tax-consulting firm Ryan while serving on the tax-writing House Ways and Means Committee. Springer highlighted her lack of GOP primary voting history to cast doubt on her conservative credentials.

Luther ended up with a significant financial advantage in the election, thanks largely to a $1 million loan from conservative megadonor Tim Dunn, who along with other Luther supporters suspected that the governor had ordered the sped-up election to favor Springer.

"Abbott gave us 30 days and thought we would get beat," Luther told her supporters Tuesday night, "so you give us two more months and see what happens."

Dunn's loan allowed Luther to enter the final 10 days of the contest with nearly three times as much money to spend as Springer had.

Springer spent some of the closing days of the special election campaigning mostly virtually, forced to quarantine after his wife tested positive for the coronavirus.

Disclosure: Facebook and Ryan have been financial supporters of The Texas Tribune, a nonprofit, nonpartisan news organization that is funded in part by donations from members, foundations and corporate sponsors. Financial supporters play no role in the Tribune's journalism. Find a complete list of them here.