Need a little hope? We found it in these North Texas kids

We wanted to see how kids felt about the 2020 election. Their answers didn’t disappoint. 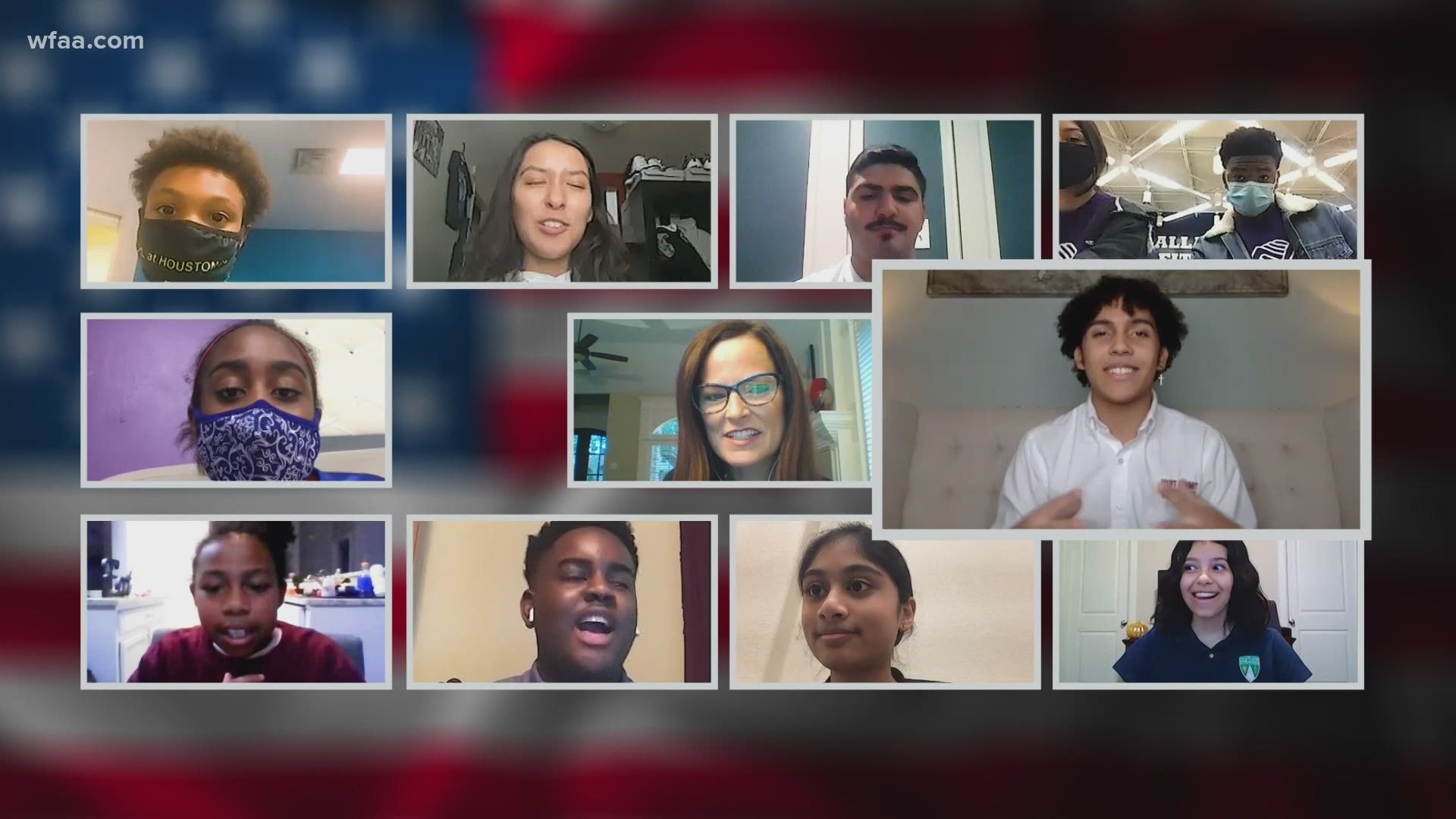 Case in point: The description 15-year-old Heavynne gave of the first presidential debate of 2020.

“It felt like I was watching me and my little sister fight on national television,” she said.

With the coronavirus pandemic emerging over the spring, a social justice reckoning during the summer, and a contentious presidential election dominating the fall, it has been a difficult year for every American, even the youngest among us.

We interviewed 14 North Texans and asked them how the 2020 election has made them feel. The youngest was 7 years old and the oldest was 18 years old.

They used words like messy, intense, confusing and life-changing.

“Out of control,” was 11-year-old Brooklynn’s description.

RELATED: Feeling anxious about Election Day? You're in good company.

When asked if people are being nice to each other or mean these days, 9-year-old Elizenda had a definitive response.

The young people we spoke with said they understand why grown-ups are so passionate about politics.

“I think this is the most important election ever,” said 11-year-old Talyn.

But sometimes they think we’re a little too passionate.

They do understand the power of the presidency.

It’s for finding solutions for things like “education and discrimination and homes for the homeless,” Brooklynn said.

11-year-old Elijah said he wants “a good president for the new generation.”

Joseph, a 16-year-old from Grand Prairie, told us the entire country could be in disarray “if we don’t have the correct leadership to watch over new and disturbing situations that are arising.”

They also recognize the power of diplomacy.

Christopher said he and his neighbor disagree on whether Joe Biden or Donald Trump would make a better president, but they “work it out.”

RELATED: VERIFY: Why we vote, despite the Electoral College's role in determining the president

“You don’t have to talk about what you don’t agree on," he said. "Because we agree on a whole bunch of other things."

The oldest student we spoke with, 18-year-old Bryan, is the only one who was eligible to vote, and he did. Casting his ballot felt like he was arriving into adulthood, he said.

He has family members with whom he disagrees on politics, but he believes his generation sees ways to bridge those gaps.

“Political views at the end of the day are not going to break a family apart,” he said.

When we admitted to the kids that we worry about the future, they said they have faith things will get better.

“I feel like once we’re in charge, it’s gonna be a lot better than what’s happening now,” Heavynne said.

13-year-old Yashitha of Coppell drew on a history lesson she recently learned to explain why she has confidence that we can emerge from this deeply divided state.

“The colonies were able to beat Great Britain,” she said. “It wasn’t that they had a better militia. They just had that hope. Hope and that, 'We can do it' sense got them through it. They were fighting for a purpose. They believed they could win, which really helped them. So, I think our country can do it.”

14-year-old Preston of Duncanville said he's remaining hopeful because of his faith.

“There will always be some light at the end of every tunnel,” he said. “So I think we just have to stay positive.”