Michael Bloomberg has announced he will drop out of the race for the Democratic presidential nomination after a poor showing on Super Tuesday.

In a statement, he said he is leaving the race for the same reason he entered: to beat President Donald Trump.

“I’m a believer in using data to inform decisions," the statement read. "After yesterday’s results, the delegate math has become virtually impossible – and a viable path to the nomination no longer exists."

Now, he will throw his support and organization behind Joe Biden.

Bloomberg had spent $500 million nationwide on his campaign since joining in November 2019, according to the Wall Street Journal.

Super Tuesday marked the first time Bloomberg was on the ballot for the 2020 race, and he spent more than $180 million in the 14 states that voted.

Tens of millions were spent to support his campaign in Texas, with a huge ground operation in the state and numerous ad-buys blanketing the airwaves.

The Texas Tribune reported that Bloomberg's campaign was easily the largest in the state compared to the other Democratic candidates. He had 19 field offices and 160 staffers as of late February.

Bloomberg had five offices in the Dallas-Fort Worth area.

RELATED: Here's how much each of Mike Bloomberg's delegates cost him

As of early Wednesday morning, Bloomberg had won 44 delegates across the country, according to Associated Press.

If he doesn't win more as the results are finalized, that comes out to about $11.4 million per delegate.

At the end of the night, he walked away with the win in American Samoa. With votes being tabulated in the other states, he was not finishing higher than third — but there were signs he might move up to second in a state or two. 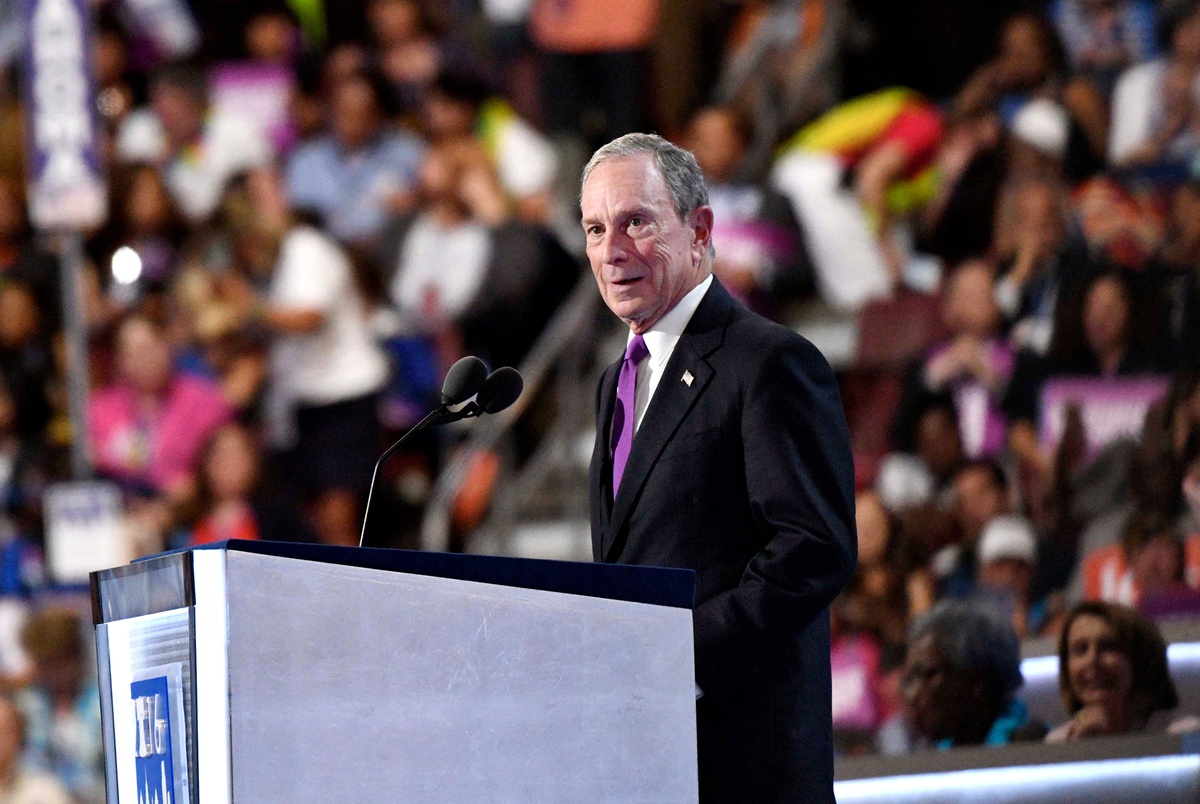 Michael Bloomberg revs up Texas campaign with big plans
Democratic presidential candidate Michael Bloomberg is ramping up his efforts in Texas, with plans to build a state operation that his campaign says will be unrivaled by anyone else in the primary field.

That means he'll walk away from Super Tuesday with Texas delegates who are now up in the air. With Biden leading Sanders in the statewide race by just about 3%, that could be a potentially large boost to Biden's delegate count at the Democratic National Convention.

Members of Bloomberg's campaign had previously told WFAA they were looking "for nothing less than a win" in Texas given the resources they had devoted to the state.

His campaign will now work to help Biden during the primary. And Bloomberg will support the eventual Democratic nominee to defeat Trump in November.

"We're not going to keep all of [our staffers across the country]," Bloomberg told WFAA in January. "But in all of the big cities, we'll keep our campaign headquarters and a big chunk of the people through Nov. 3 to try to help [whoever becomes the Democratic candidate]."

He reiterated that on Wednesday.

"While I will not be the nominee, I will not walk away from the most important political fight of my life," Bloomberg said in the statement.

Biden had a stunning turnaround on Super Tuesday, winning the majority of the states up for grabs and likely leading the total pledged delegate count ahead of Sanders.

“I’ve known Joe for a very long time," Bloomberg said in the statement. "I know his decency, his honesty, and his commitment to the issues that are so important to our country – including gun safety, health care, climate change, and good jobs."

The Associated Press and The Texas Tribune contributed to this report.

Texas election: The fallout of Van Taylor stepping down over affair allegations