A hearing is scheduled for Tuesday morning. 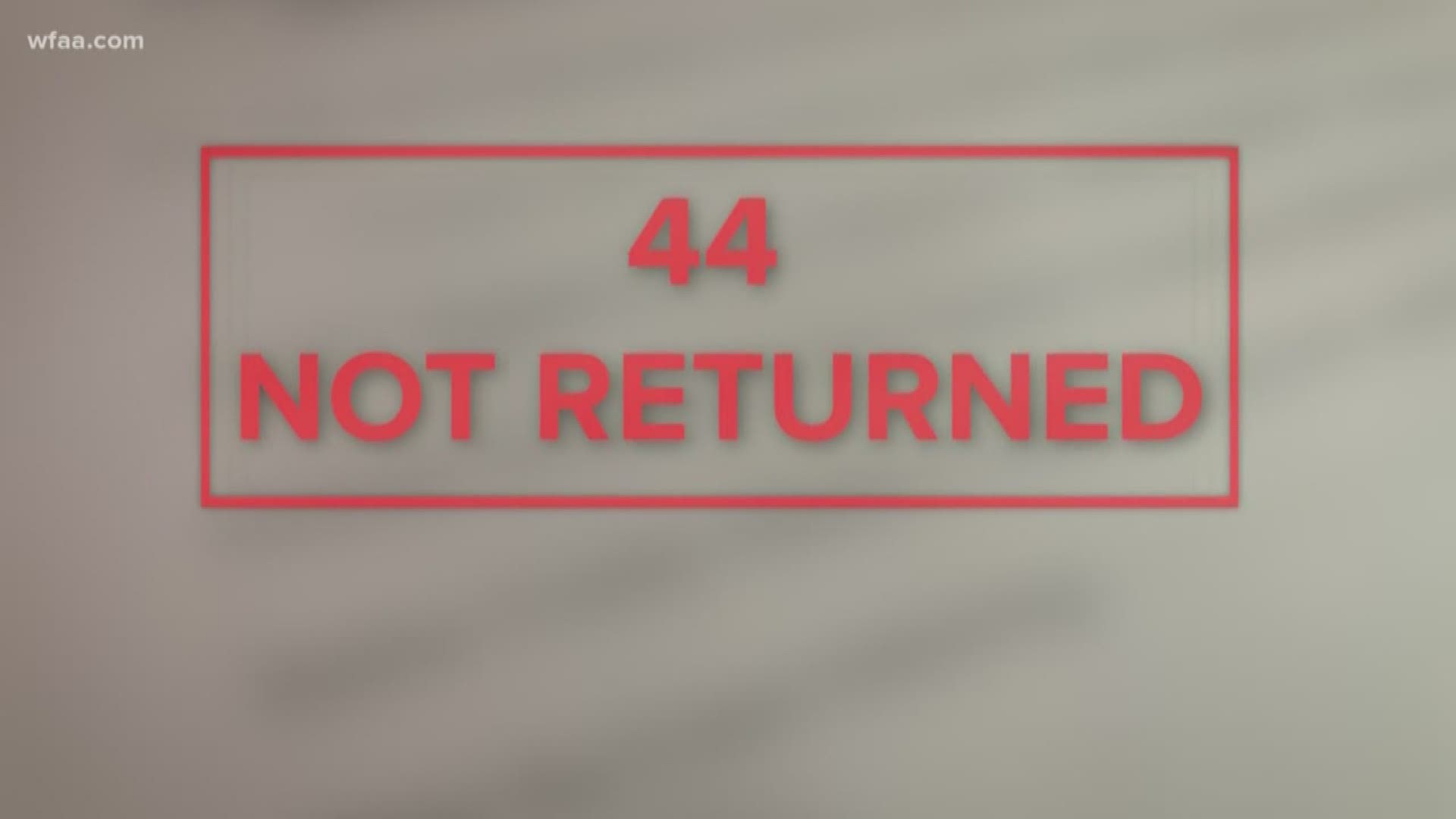 DALLAS — An unknown number of votes cast on Super Tuesday in Dallas County were never counted and now a state district judge will weigh in on how the county should remedy the problem.

According to a sworn affidavit filed in court late Friday, Pippins-Poole discovered after the election that thumb drives from those 44 tabulators had never been counted.

The tabulator is a scanning machine. At least one tabulator was located at every one of Dallas County’s 454 voting centers that were open on Super Tuesday.

Voters received a paper ballot from the machine where they made their selections.

The paper ballot was then inserted into a tabulator.

According to the affidavit, the tabulators have two thumb drives inside of them, both of which were supposed to be returned to the county on the night of the election. But some were not.

It was determined that “there are ballots from 44 of the precinct scanner and tabulator machines that are unaccounted for,” according to Pippins-Poole’s affidavit.

Pippins-Poole says she needs to count the paper ballots from those tabulator machines to ensure every vote is counted.

“I’m sorry. We screwed up. Dallas County failed,” he said. "For my own self-promotion, I could say I told you so but that’s not what I need to be saying to the public.”

Koch says he warned Dallas County that he was worried the elections department was trying to modernize an old system too fast.

The tabulation of the paper ballots cannot occur without a judge’s approval, and that could come at the hearing in Tobolowsky’s court Tuesday morning.

“Having exposed this problem gives me pause in that there might be other problems we may not be seeing,” Koch said.

“People already think it’s a waste of time to vote,” he said. “It’s another piece of evidence on that awful pile that absolutely undermines our democracy.”