More than 100,000 cast their ballot in person in Harris County on Day 2 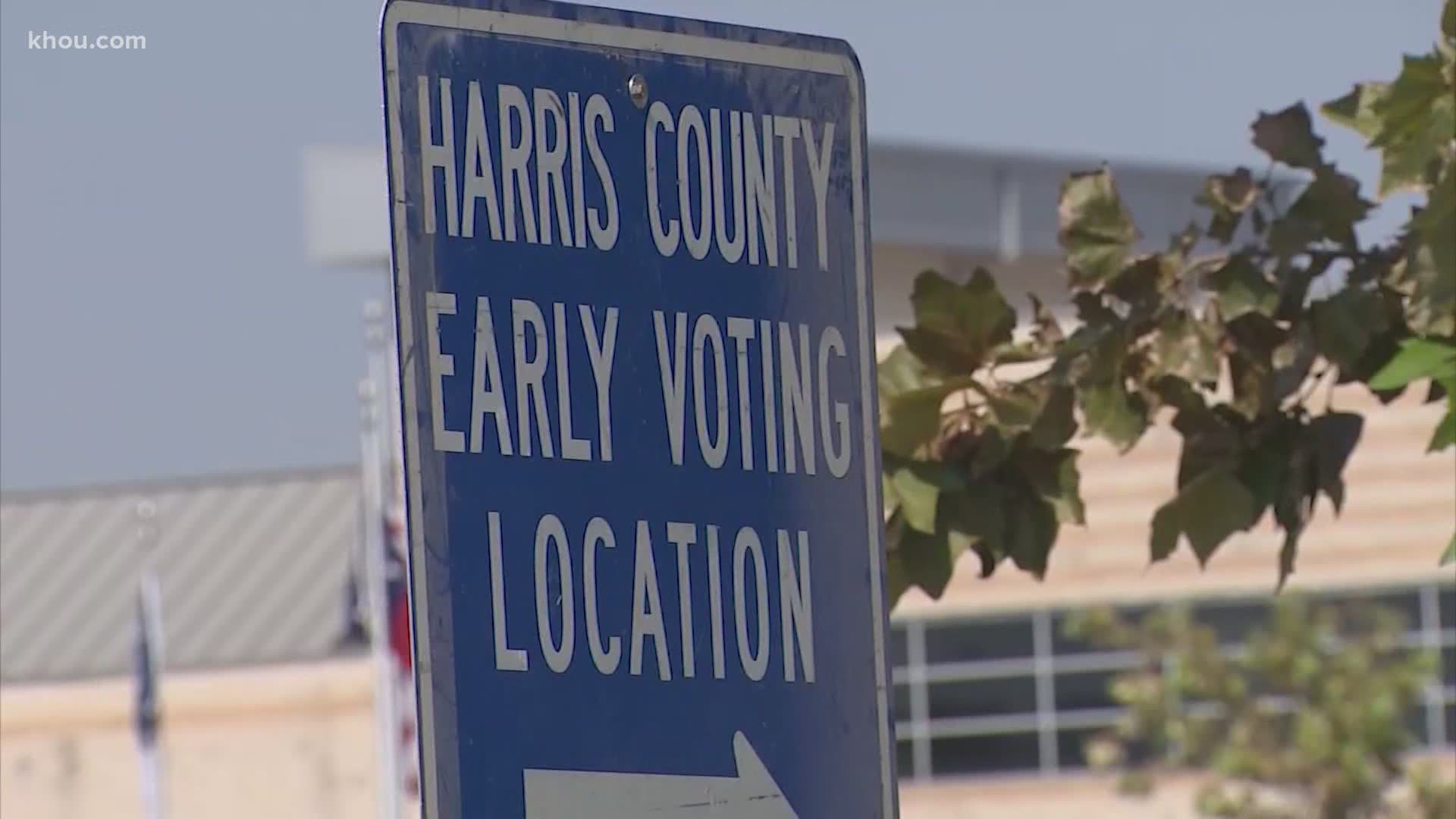 HOUSTON — After a record opening day of early voting, people are flocking to the polls in Harris County for Day 2.

More than 100,000 voters have cast their ballot in person so far Wednesday, setting a new record for Day 2 of early voting in Harris County.

Harris County Clerk Chris Hollins reported the new record with a few couple of hours to go before polls close for the day. That’s after 128,000 plus voters nearly doubled the old Day 1 early voting record.

RELATED: More than 128,000 ballots cast in person on the first day of early voting in Harris County

His online ad about new curbside pickup at Harris County’s libraries during the pandemic has been seen around the world.

On Wednesday, the pitchman known as “Curbside Larry” released a new video with a new message aimed at viewers in his home county.

“When you’re making your plan to vote, Harris County, why not consider voting from the comfort and safety of your own truck?” Curbside Larry said.

Any registered voter can use them.

“The main thing we learned is that voters want to vote,” Hollins said.

Hollins says his office is prepared for more record turnout. He added they are restocking personal protective equipment at any voting site that needs it.

“And we’re ensuring that the places where we saw some lines yesterday that we’re providing them with additional voting equipment, including check-in machines, to try and shorten those lines. To provide signage to point people to nearby voting centers that might have shorter lines,” Hollins said.

Voters like Bettie Steinfeld told KHOU 11 News getting their “I voted” sticker Wednesday was simple.

“It was good. Took me a half an hour, ” Steinfeld said.

Voters can check estimated wait times at all 122 early voting sites, including drive-thru, at HarrisVotes.com/locations.

If you’re registered, you can vote at any of those sites.