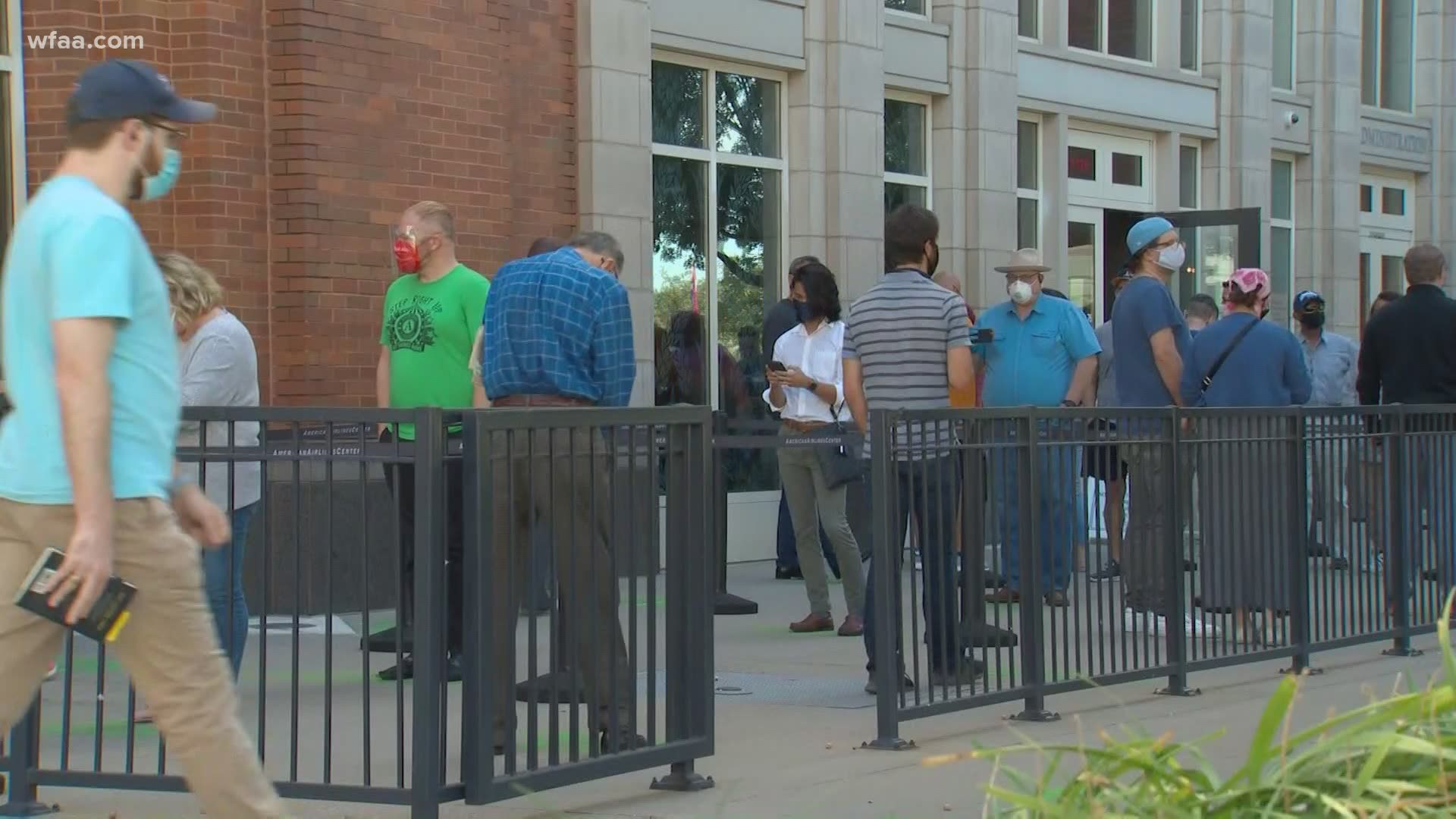 DALLAS — The lines were long for most of the day as people lined up at the American Airlines Center to cast their ballots in the 2020 presidential election.

Dallas Mavericks owner Mark Cuban stood in line with everyone else. He offered up the arena as a polling location.

"It's the right thing to do and I thought if I could make it easier on people, a little better, then why not?” said Cuban.

There are 50 voting booths inside the arena to make the line go quicker.

"I am glad they are here and I'm glad we could help, and we got enough polling stations that the lines should go really really fast,” Cuban said.

We are waiting for early voters at the @AACenter. Come on down ! https://t.co/67fJQe3XlF

Gloria Torres said she came to the AAC after going to another location where the line was too long.

She said she was determined to vote today and encouraged her family and friends.

"Latinos are becoming a force and so I have been trying to get everyone to vote: my grandchildren, my kids, everyone of age,” said Torres.

Drive-up voting was also an option. Even though the arena marked off places where people should stand for social distancing, many voters preferred to vote from their cars.

"I am very susceptible to viruses so when I learned I could stay in the car I felt safer,” said voter Robbie Ogle.

However, the wait time for drive-up voting was sometimes twice as long as standing in line, especially at lunch time.

"I was hoping this would be quicker. It’s a little slower than I thought it would be,” Ogle said.

Voters have until October 30th to early vote in Texas.

RELATED: What to expect when you vote early in North Texas

According to Dallas County Judge Clay Jenkins, nearly 59,000 people voted on the first day of early voting in 2016. Tuesday's turnout could break that record, and Jenkins encouraged everyone to vote.