Poll: College students overwhelmingly say they will vote this election

Some already voted at on-campus polling sites while others said they'll vote where they're registered. 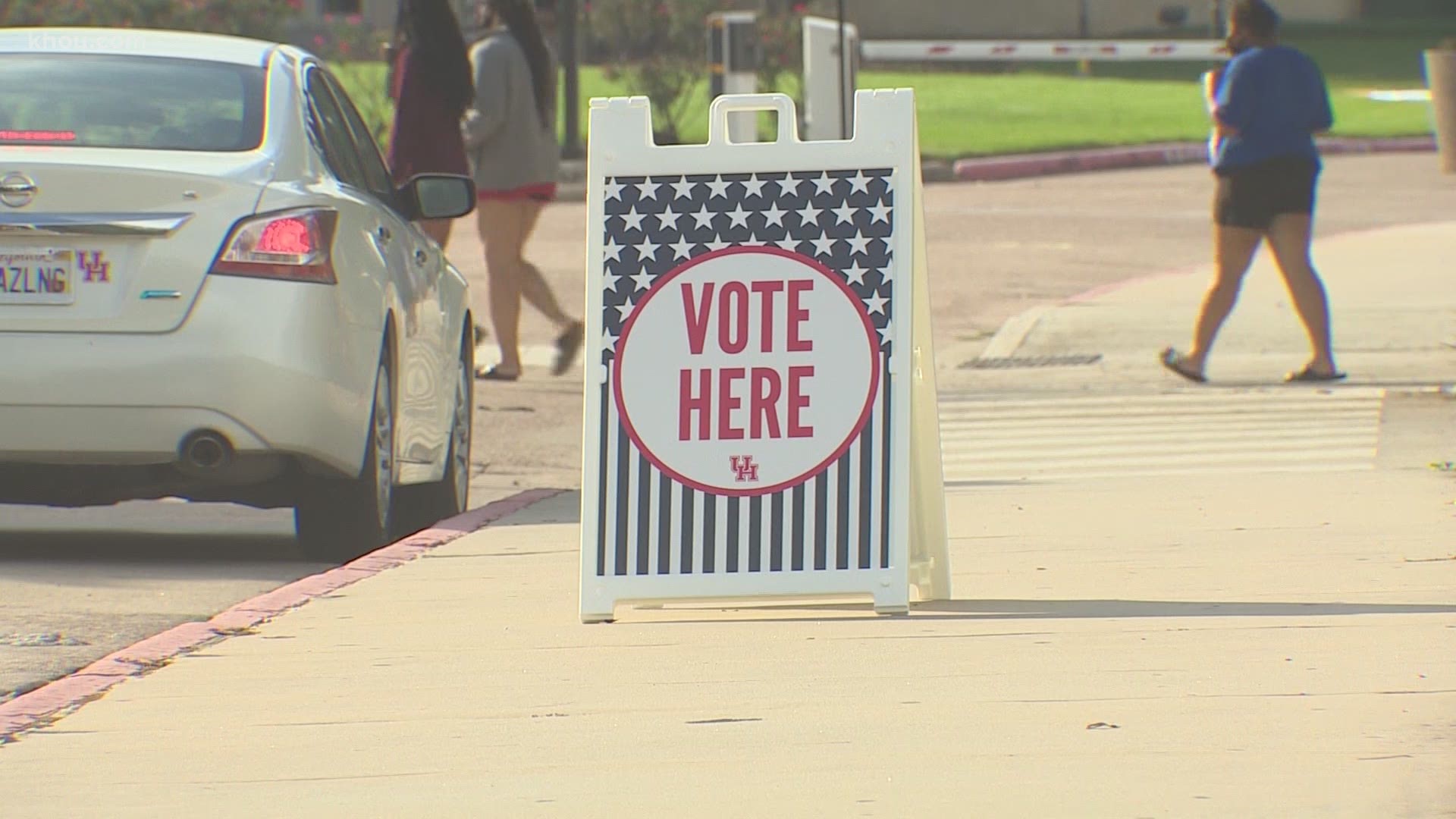 HOUSTON — The nation’s youngest eligible voters have had some of the lowest voter turnout rates in the past, but this election may prove to be different.

A recent poll by the Knight Foundation found that approximately 71% of responding college students said they were “absolutely certain” they would vote in the upcoming election.

It's been a quiet fall semester at the University of Houston this year. But inside rooms on the second floor of the campus’ University Center, it's busy.

Early voting at the on-campus polling site is well underway. More than 2,200 ballots have been cast at the school’s site so far.

“You’ve got the right, you might as well use it,” a student said outside of the UC. “It takes like two seconds.”

For many of the students, it will be their first time voting in an election.

Velasquez, like many of her friends, will be voting from home. She is registered in San Antonio.

“Usually it’s people 60 and up that vote, so they get their voice heard,” Velasquez said. “But we’re the next generation, and we’re the ones who are going to be running this country one day, so it’s important to have our voice now.”

A little less than 2,100 early votes had been cast by Monday morning at the polling site on the campus of Texas Southern University.

The TSU polling site saw a huge turnout and a lack of voting machines in March during the primary election. Voters were in line until 2 a.m. waiting to cast their ballots.

Houston Mayor Sylvester Turner cast his ballot at the site last week on the first day of early voting.

Turner announced what he calls the “Early Vote Challenge,” a competition among the city’s largest universities to see which one can score the most on-campus ballots.

“Let’s encourage our people to vote,” Turner said. “And vote like your life depends on it. Because quite frankly, it does.”

The polling site at Rice University had seen the most voters of all three schools as of Monday morning.

More than 5,300 had voted at the new polling site located inside the university’s stadium.

More than 700,000 registered voters had cast ballots by Monday evening.

Will the city’s college students break records this year too? Time will tell.