Dallas and Tarrant counties on Tuesday became the first two urban Texas counties to wage war against the makers and distributors of opioids. 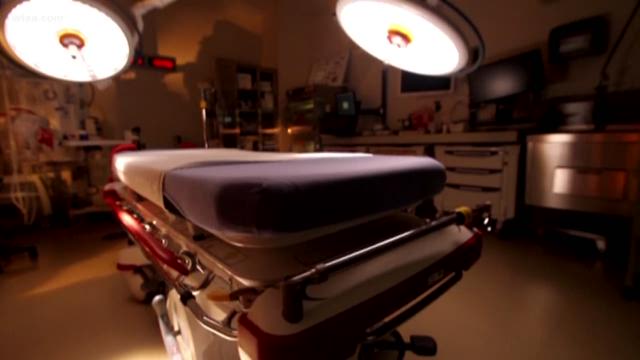 Dallas and Tarrant counties on Tuesday became the first two urban Texas counties to wage war against the makers and distributors of opioids.

Dallas County commissioners unanimously approved hiring three laws firms to represent the county in the litigation. The county expects to file a lawsuit later this week.

“We're going to go after these drug distributors that conspired and lied to push opioids out onto patients with a lie that when you’re injured that you can take opioids and not get addicted,” Dallas County Judge Clay Jenkins said after the vote. “They cost our taxpayers money. They cost people their lives, and we’re going to try our best to get your money back.”

Tarrant County commissioners voted to hire a Houston attorney to wage their legal battle. It passed on a 3-2 vote.

In doing so, Dallas and Tarrant County became the second and third counties to join the legal fight. In late September, Upshur County located in East Texas was the first Texas county to file lawsuit against drug makers.

“As a young lawyer, I was always taught to follow the money trail, and that's exactly what's happening,” said Dallas medical malpractice attorney Kay Van Wey. “The problem began with the pharmaceutical manufacturers, and this is where it needs to be ended.”

Until now, the battle was historically fought by individual patients suing doctors or pharmacists, she said.

Van Wey compares it to the successful 1980s-era tobacco litigation. Those lawsuits showed that cigarette companies systematically used advertising campaigns to get people addicted to cigarettes. At the same time, they concealed that their product was highly addictive and could cause lung cancer.

Prior to about two decades ago, painkillers were primarily prescribed for acute surgical pain, severe cancer pain or end-of-life care. Like the tobacco companies, the pharmaceutical companies began a campaign to convince doctors that opioids could be prescribed for all manner of pain, and that it was safe to do so.

Behind the legal battles are the epidemic’s victims.

She asked that WFAA conceal her identity.

“I barely took Tylenol prior to this, so I would never think that it could happen to me,” she said.

Over time, she found herself going to a pill mill doctor for her drugs.

“I remember the first time I walked in thinking, ‘Oh, I’ll never be like this,” she said of the patients she saw who were begging for their medications.

Eventually, she said she became just like them. After three years of taking pain pills, she sought help six months ago from a clinic to help break her addiction.

“I feel like I’m 100 percent back to the person I was for the previous 30 years,” she says. “I’m the wife I should be, the mom I should be and the employee I should be.”

Her doctor, Justin Thompson, is a pain management doctor by day. He runs the clinic, Foundation Medical Group, at night helping people who have become “functioning addicts.”

Thompson said patients who are immediately detoxed off opioids often relapse. For that reason, his patients at the clinic are treated with Suboxone, a drug used to treat opioid addiction. The drug does not give them the high of other opioids and contains a blocker that helps prevent an overdose if they take heroin or some other type of pain medication.

“The body is used to having an opioid, so we trick it by giving it something else that’s not as dangerous, and you are gradually able to step them down without the risk of overdose,” Thompson said.

He says many pain doctors and patients were misinformed and fooled by the drug manufacturers about the effects of opioid medications. He supports the legal efforts of Dallas and Tarrant counties.