Bush 41 to Trump: ‘We will be with you and the country in spirit'

George H.W. Bush won't attend Donald Trump's inauguration on Friday, but it's not in protest of the president-elect. 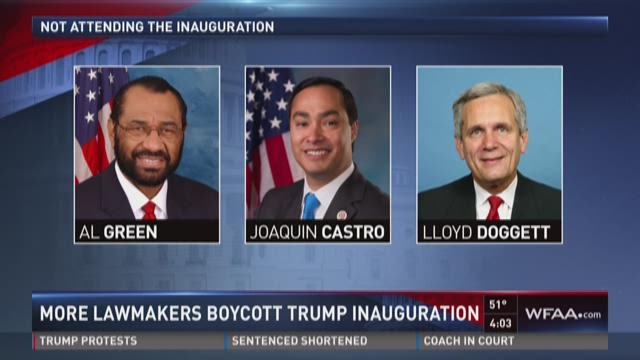 George H.W. Bush won’t attend Donald Trump’s inauguration on Friday, but it’s not in protest of the president-elect.

He wrote a letter to Trump apologizing for his absence at the swearing-in of America’s 45th president. ABC News obtained a copy of the letter and posted it to Twitter.

George H.W. Bush sent letter to Trump on Jan. 10 stating he couldn't attend Inauguration: "We will be with you and the country in spirit." pic.twitter.com/zcoieQJmP6

“My doctor says if I sit outside in January, it likely will put me six feet under,” he wrote. “Same with Barbara. So I guess we’re stuck in Texas.

“But we will be with you and the country in spirit. I want you to know that I wish you the very best as you begin this incredible journey of leading our great country.”

Bush, 92, was hospitalized over the weekend due to shortness of breath. His spokesman has said the former president is “doing fine.”

The Texas Tribune's Alexandra Samuels reported on Twitter that the Bush's grandson and Texas Land Commissioner George P. Bush would miss the inauguration due to his grandparents' illness.

George W. Bush and his wife, Laura, are still planning on attending, according to Freddy Ford, a spokesman for the office of the 43rd president.

A growing number of lawmakers plan to skip the inauguration in the wake of controversial remarks and behavior by Trump before and after Election Day. Most recently, a batch of politicians decided to skip the Jan. 20 event after Trump criticized civil rights icon John Lewis.