Support for Sen. Bernie Sanders in Texas has doubled since October, according to a poll commissioned by the University of Texas and the Texas Tribune. 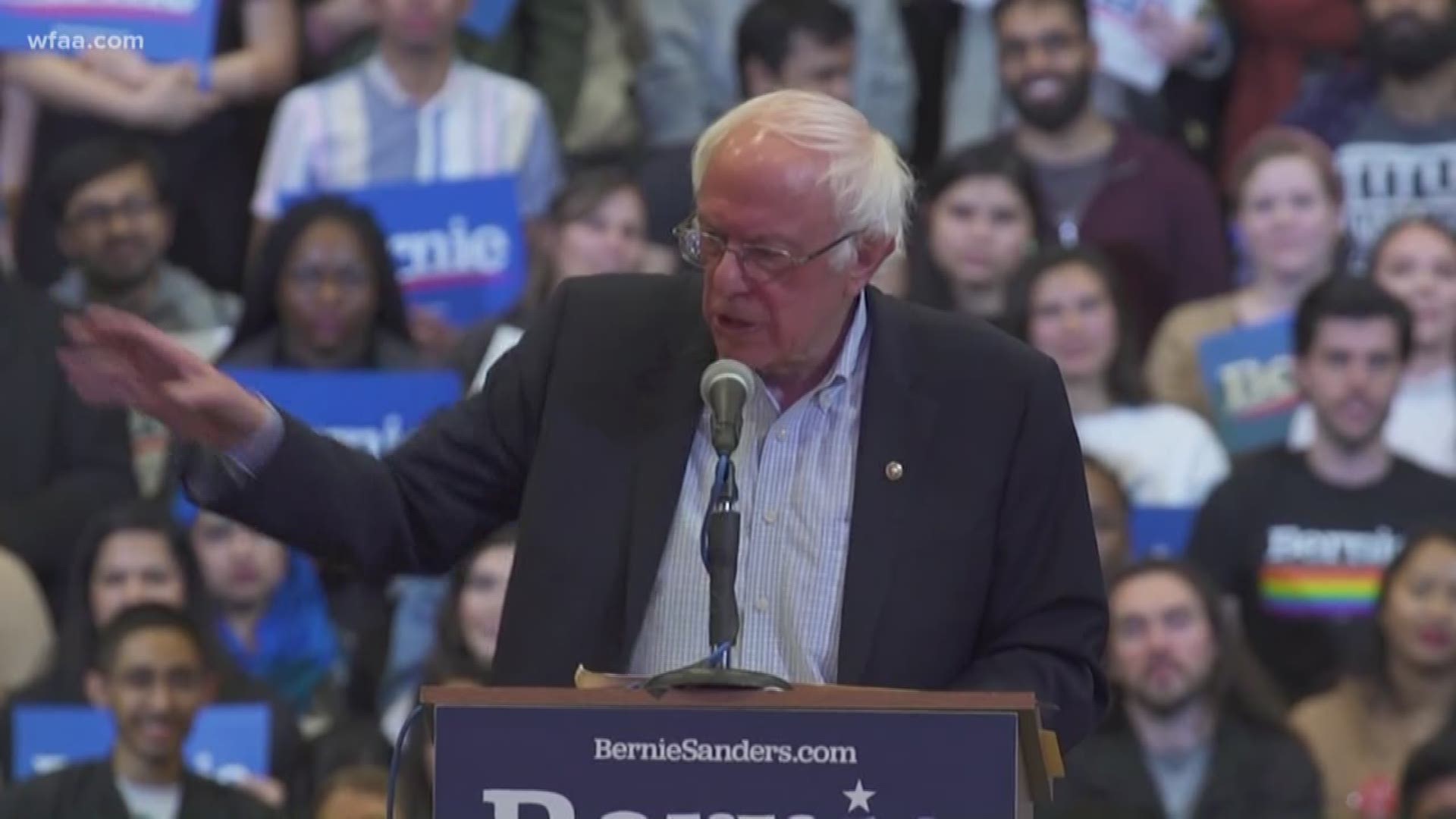 Earlier in the day, a poll commissioned by the University of Texas Politics Project and the Texas Tribune showed Sanders leading in Texas among Democratic presidential candidates.

What’s more notable is that Sanders' support has doubled since the last survey in October 2019, while support for Joe Biden has slipped slightly.

Sanders is the frontrunner nationally after strong performances in Iowa and New Hampshire. Polls show he also leads in the Nevada caucuses, which happen on Feb. 22.

Seizing on his momentum, Sanders held three rallies in two states Friday afternoon; two in North Carolina, in Durham and Charlotte, before flying to Dallas for the Mesquite event.

On Wednesday, the Sanders campaign announced that it will open five Texas campaign offices; in Austin, Dallas, Houston, McAllen, and San Antonio.

RELATED: Bernie Sanders campaign to open five Texas offices, including one in Dallas

In addition, the campaign is spending more than $5 million on an ad campaign across Texas and other Super Tuesday states.

This isn’t Sanders’ first trip to North Texas. In April 2019, he held an event in Grand Prairie.

He arguably has the most loyal base of supporters – with him since his unsuccessful campaign – but the Vermont senator has faced questions about how he will expand that base to include moderates and independents he needs to win.