Sanders now leads the Democratic presidential candidates among Texas voters, but Donald Trump maintains a slight lead over each of the top Democrats in the race. 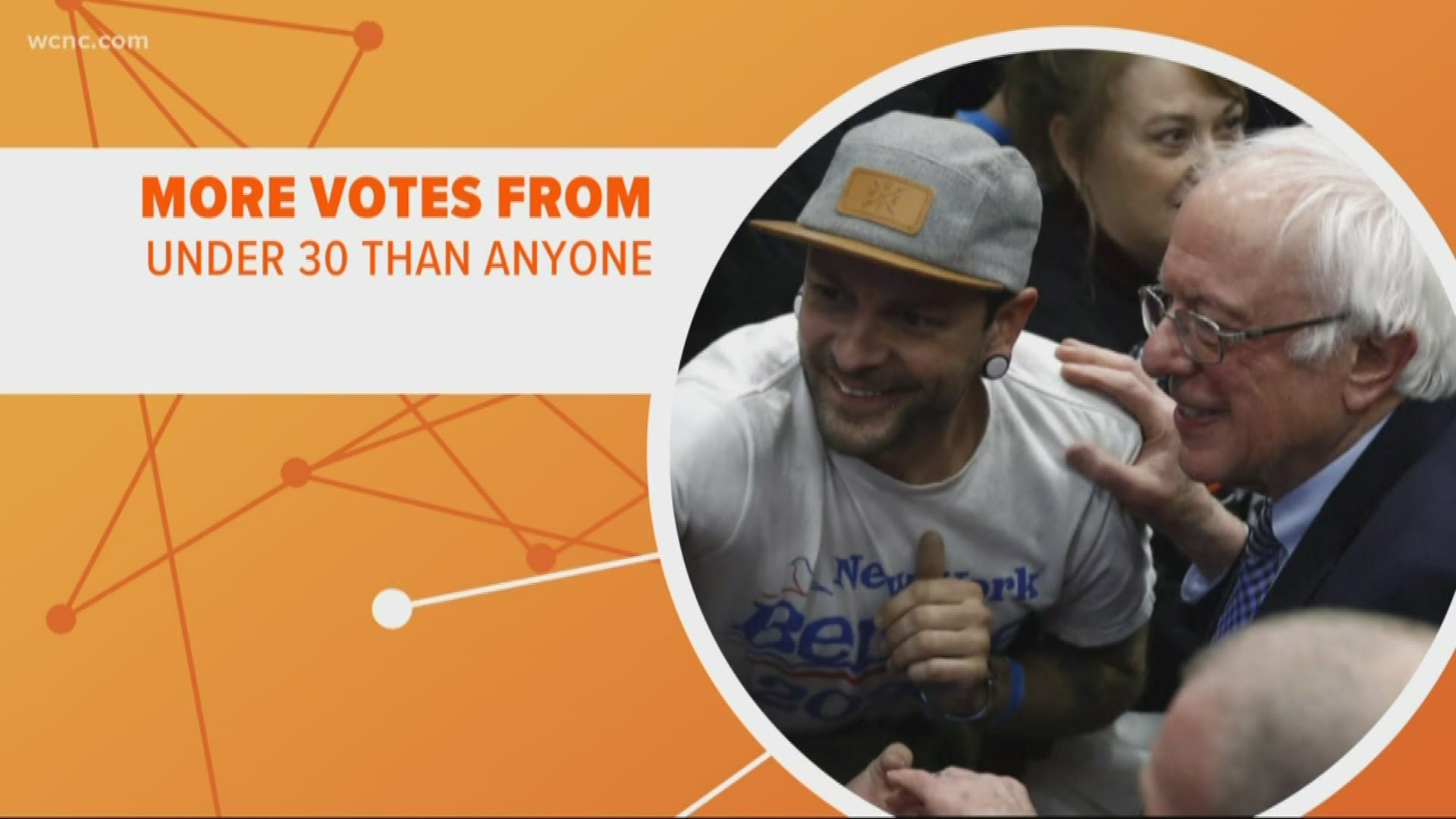 (THE TEXAS TRIBUNE) — U.S. Sen. Bernie Sanders has doubled his support among Democratic voters in Texas and now leads the race for that party’s presidential nomination in Texas, according to the latest University of Texas/Texas Tribune Poll.

Sanders had the support of 24% of the self-identified Democratic primary voters in the poll, up from 12% in October. Sanders passed both former Vice President Joe Biden and U.S. Sen. Elizabeth Warren, the two leaders in the October 2019 UT/TT Poll. Early voting in the Texas primaries starts on Tuesday; election day — Super Tuesday — is March 3.

The field of candidates has changed since the earlier survey. Beto O’Rourke, who was third in October, has dropped out of the race. And Michael Bloomberg, who entered the contest late, landed fourth in the newest poll, ahead of Pete Buttigieg and U.S. Sen. Amy Klobuchar, the second- and third-place finishers in this week’s New Hampshire primary. Warren finished fourth in that contest, with Biden fifth.

Andrew Yang, who dropped out of the presidential race this week, was behind Buttigieg and ahead of Klobuchar in the latest UT/TT Poll.

“Most of the movement has been Sanders and Bloomberg, with Biden [holding] still,” said Joshua Blank, research director for the Texas Politics Project at the University of Texas at Austin. “To be unable to increase his vote share is pretty telling for Biden.”

While Biden’s support was static, Sanders was surging in Texas, and Bloomberg was rising on the strength of millions of his own money spent on advertising after a late start.

“It’s not so much that Biden has collapsed as that he has been exposed,” said James Henson, co-director of the poll and head of the Texas Politics Project at UT-Austin. “He had superior name recognition in a crowded field. The question was whether he would build on that.”

"With Trump at the top of the ballot, in congressional and legislative races where candidates are running with margins of 5% or less, where the independent [voters] go could become a factor," Henson said. "It adds uncertainty to those races."

But when pitted against some of the top Democrats in hypothetical head-to-head contests, the president topped them all, if somewhat narrowly. Trump would beat Sanders by 2 percentage points, 47%-45%, within the poll’s margin of error. He’d beat Biden 47-43, Warren 47-44, Bloomberg 46-41, Buttigieg 47-42, and Klobuchar 46-41. Trump had 45% support against Yang’s 43%. The president, whose reelect number was under 50% in the survey, didn't get a majority of the vote in any of the matchups, even while getting more support than each Democrat.

"The Trump trial ballots confirm what we’ve seen, that Trump is winning, but he clearly is under-performing, given the party profile in the state," said Daron Shaw, a government professor at UT-Austin who co-directs the poll. "It is interesting when you put a flesh and blood Democrat up there, it drops that number, but here’s a Republican in a Republican state who’s not at 50%, which is a sign of weakness."

Shaw said Sanders has shown some of the same strengths Trump displayed in the Republican primaries four years ago. "The conventional wisdom is that this guy is going to get peeled like an onion. But I think they might be missing the point," he said. "I don’t know that Bernie could shoot someone on 5th Avenue and no one would care. But I think his supporters don’t care."

And he said Bloomberg's money gives him an edge in Texas, because he can afford to advertise in a state that's too big to win by shaking voters' hands in diners. "In a state like Texas where you can’t do retail politics, he’s the king of wholesale," Shaw said.

Overall, Democratic voters have favorable opinions of all of their top candidates, but Sanders, Warren and Biden had much higher favorable scores. Voters’ views of Buttigieg, Klobuchar and Bloomberg were positive overall, but with each of the three, a large number of Democrats were neutral or had no opinion.