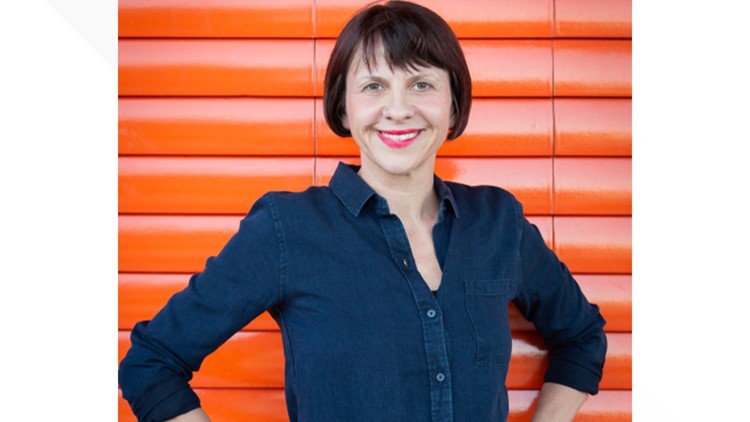 Meet Annie 'Mama' Garcia, a candidate for US Senate race

Attorney, Small-Business Owner and Founder of a Non-Profit

I am running because, in the richest country in the history of the world, life should not be this hard. 2016 was a wake-up call to me, and I am running because we are running out of time. Finally, I am running because I know that John Cornyn can be beaten, but it is going to take someone operating from a different playbook, with the moral clarity, the political courage and the work ethic to get it done.

I have never run for public office before.

Because I am not a politician and I can beat John Cornyn. I am 3 points behind the front-runner, having spent 1/3 of 1% of her war chest. Imagine what I can do with some real resources. I have built 2 small businesses and a non-profit, all profitable and all from scratch. I speak 3 languages & have lived in 3 other countries. I am a ‘fed-up mama’ with 3 small kiddos. I’m running because we are running out of time. I have the moral clarity, political courage & work ethic to do what no politician will.

Wealth inequality, lack of access to quality healthcare for all and the gun violence epidemic. Regarding wealth inequality, I would increase taxes on households earning more than $500,000 a year and on corporations, while promoting a livable wage that supporters a life of dignity for all full-time workers. Regarding healthcare, I want a system that looks like Spain, where my daughter's life was saved and we didn't lose our house- no more deductibles, co-pays, pre-existing conditions, out-of-network costs, co-insurance or all the ways they fleece you. Regarding gun violence, I want all gun owners' to carry liability insurance and have insurance companies assess risk so that the financial costs of the gun epidemic are no longer born by society while strengthening background checks, red flag laws, banning open carry, the sale of weapons of war and closing private sale loopholes.

Washington is broken because Republicans stopped acting in good faith long ago and have abdicated their duties to their constituents. I am not a fan of the Democratic Party establishment, but I refuse to play the game of false equivalency and normalize Republicans' sabotage of our democracy over the last 40 years, accelerating its decline since the election of the first Black President.

See comments above regarding gun-owner liability insurance and other common-sense gun solutions that the vast majority of Americans want.

Cuts to military spending and a review of our credit agreements to reduce our interest payments on outstanding debt. Also, I would promote a fair tax code to increase revenue to pay for public education, universal healthcare, higher education debt reduction/forgiveness and infrastructure spending in preparation for a sustainable 22nd-century economy.

What does that even mean? Of course I don't support open borders. But I certainly don't support a vanity wall project that does nothing to improve security at our border, nor speaks to the constant cyberattacks on our assets and interests, much less attacks by domestic terrorists.

Yes, I support universal healthcare. And paying for it is easy, since the for-profit model of healthcare in this country is two times the cost of universal healthcare in most other countries. Despite the fact that we pay through the nose for it, it doesn't adequately provide for 25% of Americans, causes 65% of bankruptcies every year and results in up to 400,000 deaths (the third leading cause of adult mortality) due to medical error.

My priority on November 4 as Senator-Elect is to move to McAllen where I will figure out how we reunify families. On Day 1 I will walk in with a plan and in addition, launch a constituent hotline where Texans will have a personal connection to getting things done and will have a human- and humane- response within 48 hours.

Elizabeth Warren and I have a lot in common, and I feel confident that we could easily work together on most any issue. Regarding Mitch, I don't foresee spending much time in Kentucky, and I am sure he will enjoy his inflated pension.

This is my favorite question of all!  I love all things food. Favorite restaurant at the moment is Huynh Restaurant at 912 St. Emmanuel in Houston. The food is well-priced and delicious, it's BYOB, ambiance is great, and they are super kid-friendly.

Sometimes, but rarely in Houston.

My husband is an amazing salsero (salsa-dancer) and when we first met, I wanted to impress him, so I secretly took salsa lessons from a woman I found on Craigslist 3 nights a week for several months.