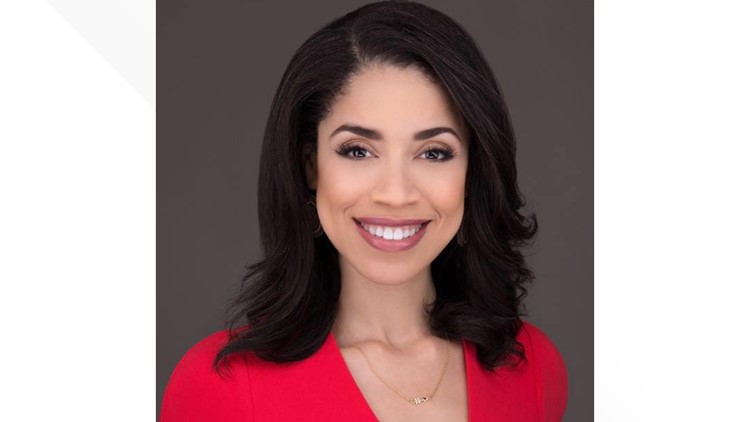 Meet Amanda K. Edwards, a candidate for US Senate race

I am running for the U.S. Senate to ensure that Texans can get the results that they deserve. We have seen too many politicians come into communities, over-promise and then under-deliver. You must have effective servant leaders in office with a focus on people and an ability to deliver results for them.

As a Houston City Council Member representing 2.3 million constituents, I was a hands-on, results-oriented servant leader focused on empowering people to get the results they deserve. In this nonpartisan position, I was able to work with all segments of the community to lead efforts to cultivate technology, innovation and public transit while planning for the effects of automation on the future of work. In fact, Houston's new Innovation District (part of the recommendations stemming from the Tech & Innovation Task Force which I helped initiate) is now under construction. I also led efforts to reduce the disparities accessing capital faced by women and minorities who own small businesses. And I am an accomplished attorney and a grassroots servant leader with a long history as a fierce community advocate. I have served on various boards, ranging from Texas Lyceum to Project Row Houses.

I am the only candidate in this race that can build the necessary coalitions in order to unseat John Cornyn. In addition to being able to gain support from persuadable voters, we must also galvanize the base (including communities of color and those under the age of 35). In addition to being able to win this election, we must also look at the ability to deliver results. Having served 2.3 million constituents effectively, I can bridge the gap for those needing restored faith/confidence in government. I have managed to respond to disaster and also have and execute upon a vision for my community.

1. Health care is a very personal issue for me, as it is for so many American families. As a child, my father battled cancer. We had good insurance, which enabled him to receive experimental treatments that extended his life until I was 17. My mother battles cancer now. But too many families do not have adequate or any health care coverage at all and are one illness away from economic ruin. One in six Texans lacks health care coverage, the highest rate of uninsured in the country. We must get more people covered, as quickly and affordably as possible. That means building on the ACA in the short run, creating a public option while allowing those who like their current coverage to keep it.
2. Expanding economic opportunity for all. While the big picture numbers on the economy, both nationally and in Texas, are pretty good, too many people are not sharing in the prosperity. Wages have not kept up with the rising costs of healthcare, housing and even food. And in many rural communities, including many parts of Texas, jobs have disappeared and hospitals have closed, creating anxiety and even despair. As automation increases, the future of work is a very real and growing challenge we must confront. As a member of New Deal Leaders, I have had the opportunity to lead efforts on the future of work, to create scalable job solutions for communities urban, suburban and rural that will ensure people have a place in today's and tomorrow's economy.
3. Comprehensive immigration reform that starts with respecting the basic humanity of all people. My state shares more than 1,200 miles of border with Mexico and is home to many of the child detention facilities where intolerable abuses have occurred. Policies that rip children away from parents and that mistreat people are inhumane, inconsistent with our values as Americans and must stop immediately. We must reform our immigration system to protect the border from the real threats of drug and human trafficking, while allowing those fleeing persecution to apply for asylum, and creating a pathway to citizenship for those undocumented who are here and who are otherwise law-abiding, productive members of society.

We must refocus our attention on delivering the results that people deserve. With a laser focus on and a true commitment to doing what is right for the community, rather than on politics and who is in power, we will be able to accomplish much more. It is amazing what work can be done if we are not preoccupied about who gets the credit for it. I would allow that mantra to be my own and be an example for bipartisan collaboration. We must put the needs of the people before the politics of the day.

I would push for passage of common-sense gun legislation. Such legislation would include restricting the sale of assault weapons, outlawing high-capacity magazines, red-flag policies and closing loopholes in the background check laws.

The first thing we should do to help balance the federal budget is repeal President Trump’s tax cuts. They benefited the wealthiest 1% and facilitated stock buybacks but did very little for average Americans. We should also not spend a penny more on a border wall. But fundamentally, we need to reset our priorities. We need to close tax loopholes for special interests and instead fund items that help grow our economy and provide services that benefit a broad section of Americans. This is the way to grow the middle class, strengthen our economy, and reduce our deficit.

We can modernize border security and have immigration laws, but those laws must be humane and deal with the realities of the world. We canâ€™t keep putting children in cages, we have to treat those seeking asylum humanely, and we must pass a comprehensive immigration policy that offers a pathway to citizenship to the millions who are living here in the USA, contributing to society, paying taxes, and obeying the law.

My priority on Day One is to begin to expand and repair the Affordable Care Act. Millions of Americans are counting on us to preserve their ability to have employer based coverage if they desire, but a public option is needed, as well. I would begin tackling this issue because I believe we can also get this done.

Having been a member of a nonpartisan city council, I found that I could work with people from all parts of the political spectrum. My priorities will be healthcare, economic opportunity, higher education and immigration reform. And, I must say, I am praying that as your new senator I will be working alongside a new president and new majority leader.

I will never compromise my principles but at the same time I am always willing to listen to other views.

There is almost always more than one solution to a problem, and if you are willing to genuinely listen to what the other side has to say about their goals and concerns, and they are willing to listen to yourâ€™s, a win-win solution might be found.