The petition of names that Dallas County Justice of the Peace Brian Hutcheson used to get on the March 6 Republican primary ballot contains addresses that don't exist and individuals who say someone signed their name without permission, according to a review by WFAA. 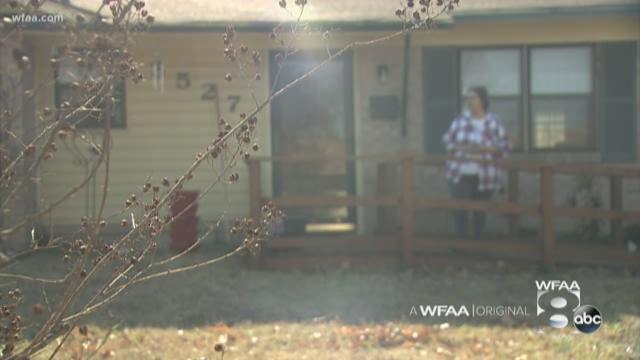 DALLAS – The petition of names that Dallas County Justice of the Peace Brian Hutcheson used to get on the March 6 Republican primary ballot contains addresses that don’t exist and individuals who say someone signed their name without permission, according to a review by WFAA.

Hutcheson, the incumbent JP for Precinct 2, submitted the 58-page document to the Dallas County Republican Party last fall in his bid for re-election.

To get on the ballot in Texas, candidates can pay a filing fee and then must collect a certain number of signatures of people who support their candidacy.

For example, there’s no such address as 3528 Casa Ridge or 3539 Casa Ridge in Mesquite, despite Hutcheson claiming he got people from those addresses to sign his petition.

Judi King should know. She’s lived on that block of Casa Ridge for 52 years.

Another entry lists a signer’s home at 394 Acres Drive in Balch Springs. The street exists but the address does not.

Hutcheson has another signer named Brenda Rocha as living at 2209 John Gleen [sic] in Mesquite. But the family at 2209 John Glenn said it has never heard of that individual.

And one individual, Olga Diaz, has a birthday listed on the petition as 2008 – making her 10-years-old – ineligible to vote.

Hutcheson swore to a notary that he got Alvarado’s signature on October 22, 2017. But Diaz, 38, told WFAA he has rented the home for more than a year and a half and no one by that name has ever lived there in that time.

"Somebody had to have made it up because half of the information is correct, but the other half is not true,” Diaz said.

His name was listed on another page with the correct address and a different birthday. Diaz told WFAA that the signature next to his name, it does not belong to him.

But he then recognized something else before the interview ended.

Diaz said he recognized them because they are his Facebook friends; Brenda Rocha, Kimberly Varela, and a couple others. Some are even teenagers, he added. But none of the addresses are correct.

His mother “lives in Garland. The rest of them live in El Paso. One of them lives in San Salvador,” said Francisco Leon, a friend who reviewed the petition with Diaz.

"It looks suspect. A lot of the signatures look the same. The interesting thing is not one of them has a voter registration number,” said Ed Valentine, a political strategist who tracks fraudulent activity.

The problem with these petitions for any Texas candidate, said Valentine, is that they’re completed on the honor system. It’s not often anyone checks to see if candidates got real people to put them on the ballot.

"We've looked up a couple names [from Hutcheson’s petition] on the voter file, and I don't even see that they exist in Dallas County,” added Valentine.

"It is a lot of hard work. It took me about five to six weeks to get signatures,” said Margaret O’Brien, a Democrat vying for the seat, as well, in her party’s primary.

She went to court against Hutcheson, arguing that he doesn’t have enough valid signatures to remain on the ballot.

"I mean it's outrageous, actually that someone who holds a public office would do something like that. People should be upset about it,” said O’Brien.

Hutcheson would not agree to an interview, but instead asked his attorney, Ken Emanuelson, to answer questions.

"We'll have to look at what happened. Did we have a volunteer – and again I'm taking a devil's advocate position that you are correct – was there a volunteer that became over-enthusiastic and for whatever reason…,” said Emanuelson before WFAA showed him that it was Hutcheson himself who circulated one of the petition’s in question.

“Ok. I'll have to be looking at that,” Emanuelson added.

Still, none of the discrepancies will matter in the end, Emanuelson argued, because Hutcheson has enough valid signatures to keep him in the race.

"The question that is before the court is did the applicant have the sufficient number of signatures under the law and the answer is yes,” he continued.

But there’s also a question before voters on whether the signatures were collected with integrity and with honesty.

"If there are mistakes in there, that's something we'll be answering for,” Emanuelson continued.

The Dallas County Republican Party said it is investigating the allegation, according to Elizabeth Bingham, attorney for the party. The case goes to trial March 21. The party “has made clear if the challenge has merit they would not oppose removal,” added Bingham.

Casey dropped his re-election bid after WFAA exposed it. Now the Tarrant County Sheriff’s Office is investigating to determine whether any law was violated.

Hutcheson has not admitted any wrongdoing.