As lawmakers prepare to return to the Capitol on Thursday for the first legislative session, we take a look back at the unique circumstances of other sessions. 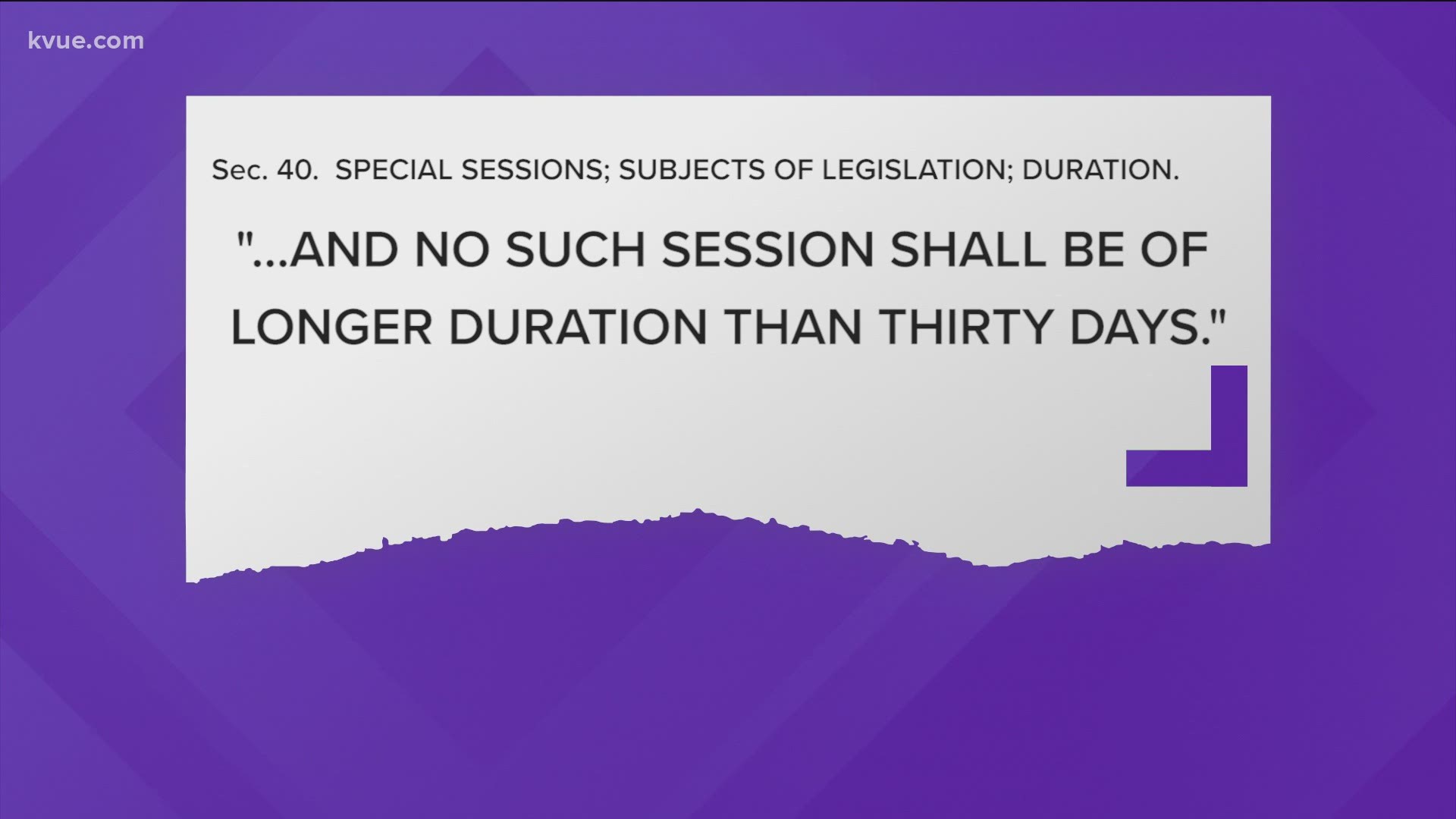 AUSTIN, Texas — Texas lawmakers will be back in Austin on Thursday to kick off the first special session of the 87th Legislature.

"When the Legislature shall be convened in special session, there shall be no legislation upon subjects other than those designated in the proclamation of the Governor calling such session."

Just three days before the start of the session, Abbott still hadn't issued a proclamation calling lawmakers back. He has said election reform will be a topic, but only sent out a news release announcing the date.

There's no requirement on how much notice a Texas governor has to give lawmakers before calling a special. In fact, back in 1987, at 1:30 a.m., Gov. Bill Clements called a special session to start that same day at 11 a.m. – that's just nine-and-a-half hours' notice. Lawmakers met for just one day that time.

Gov. Clements did something similar during the next session.

Back in 1905 and 1909, governors S. W. T. Lanham and Thomas Campbell, respectively, called special sessions on Sine Die (the last day of the regular session).

A special session can only last 30 days, per the state constitution, but there's no limit on the number of specials, and lawmakers don't always get a break in between.

In 1923, the first called special session called by Gov. Pat Neff lasted one hour. Lawmakers didn't pass any bills, but they came back for another special one month later.

While Gov. Abbott is keeping a lot of people waiting to learn the exact topics of the special session, this isn't the first quirky start to a special and probably won't be the last.

What we know about the Georgia country club triple homicide