The 4-foot-long ball python had slithered its way into the dash of the customer's truck. Thankfully, Terry Jones has had pythons for pets before. 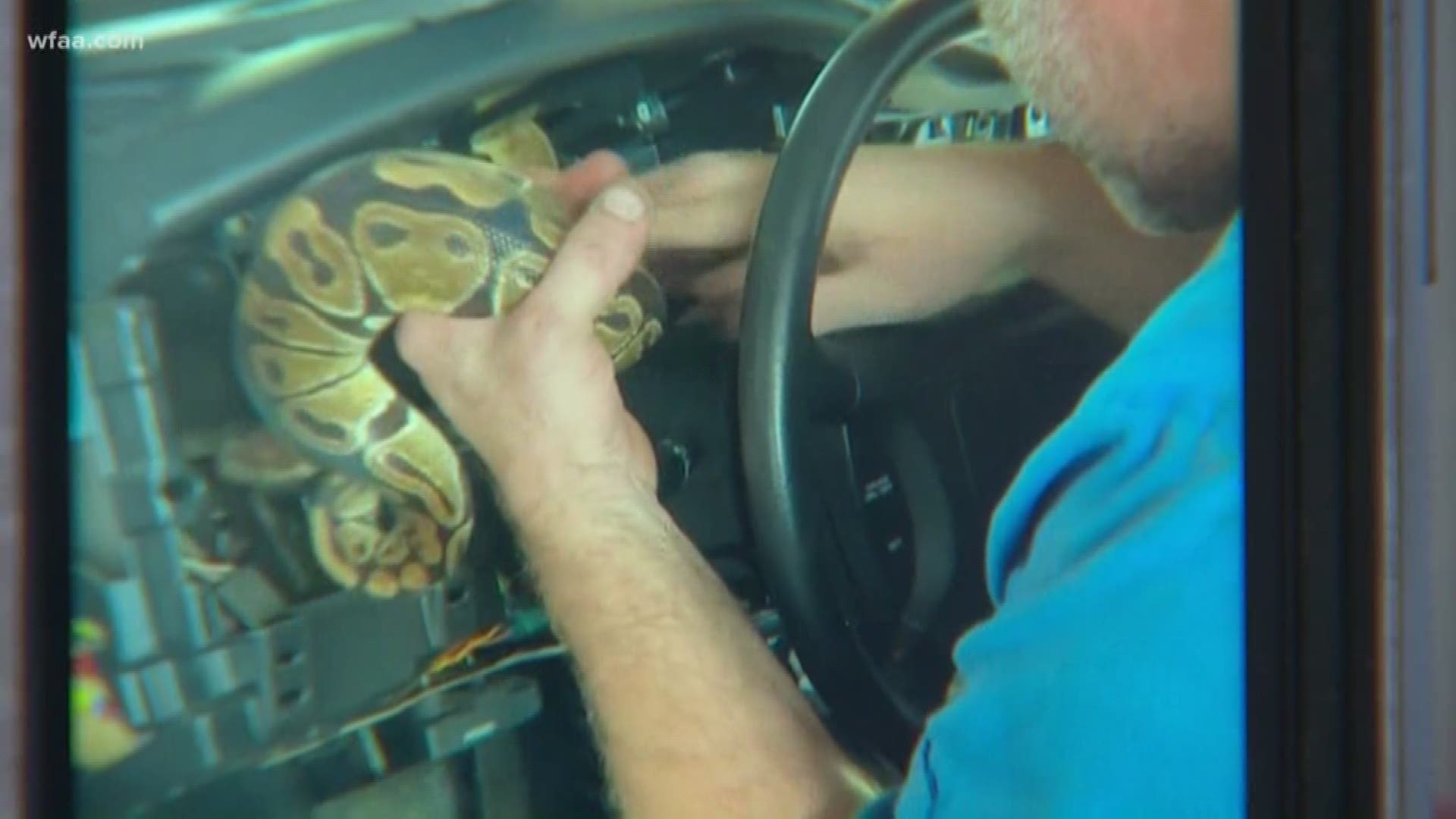 Terry Jones, of City Garage DFW, has been fixing cars for 10 years and has seen just about everything.

But in early June, it was his experience in another field that came in handy on the job.

A customer pulled up to the repair shop with their pet snake stuck inside the dash of the truck.

"They were in a pretty bad spot where they had to get it out," Jones said. "It was just too hot to take that chance."

Jones has owned five ball pythons before so he was aware of the docile, yet evasive, species of snake.

The snake that found its way into the inside of the truck was pretty well coiled into the dash. Jones had to take apart the radio, the AC control unit, and the instrument cluster.

"You can't just pull a snake out of a situation like that. You've got to give him a path to escape on his own," he said.

The customer told Jones they were on the way to the vet with the snake when it slithered out of sight.

"They're nocturnal so they're always going to seek out a dark place – a tight place they feel safe," said Alex Bauer, of the DFW Reptarium.

Bauer said ball pythons are popular among pet owners. He said their Plano location sells about 10 to 20 ball pythons a week. And this isn't the first snake that found itself trapped in a car. The Reptarium says they've received those types of calls too.

It took Terry about 45 minutes to get the snake out. Time was a factor because it was hot that day. After taking off enough truck pieces and moving some car parts around, the python was freed.

Ten years on the job and he's never seen anything like this.

It did, however, earn Terry the nickname "Snakeman!"

RELATED: If you have snakes in your backyard, this Collin County group may be able to help you