Don and Amy Glazier handed out 17 letters with a $20 bill in each envelope. The Glaziers say they wanted to do something nice for graduates affected by COVID-19. 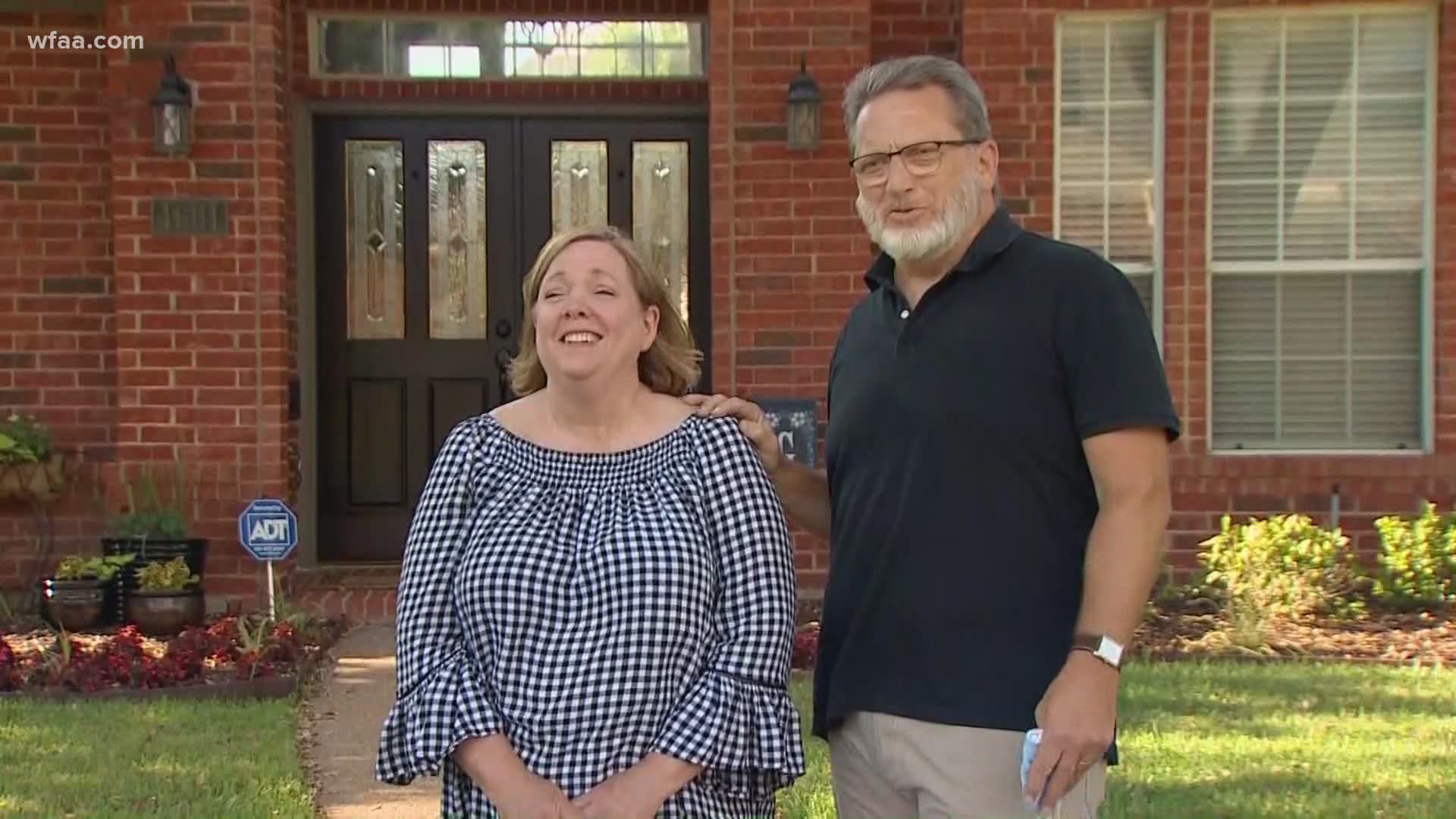 PLANO, Texas — Don and Amy Glazier take two walks a day with their dog through their neighborhood in Plano. It was during one of those walks they noticed graduation signs popping up in the front yards of homes.

The couple decided to do something nice for the graduating seniors, so they marked down all the homes with signs, and sent a letter and a $20 bill along with it.

"We just started seeing more and more of [the signs] and we thought we'd do the ones right close to our house," said Amy Glazier.

Zach Nikopoulis and Ameya Khanapurkar, both graduated seniors, live just a couple blocks down from the Glaziers. Both were surprised to find the letter addressed to them in their mailboxes.

"This was a pleasant interruption," Khanapurkar said. "Celebrate someone you don't know...just because it's a good thing to do."

The couple never wanted the attention and were reluctant to do an interview with WFAA at first.

Several graduates who received letters came up to their door and thanked them for their generosity.

"They still care, that's the reason they did it," said Nikopoulis.

In total, the Glaziers handed out 17 letters with $20 bills in each envelope. The Glaziers said they wanted to do something nice for graduates because they've had a senior year interrupted by COVID-19. The couple has grown children of their own and fondly remember big moments like graduations.

Life-changing moments are nothing new to Don Glazier, who was diagnosed with Young Onset Parkinson's disease eight years ago.

"You can decide if you're going to have a bad day or a good one," said Amy Glazier.

Nikopoulis told WFAA that he'll use the $20 to help purchase a car.

Khanapurkar put his money in the bank, and said it will be nice to have when he starts his freshman year of college.