The plane crashed into a building and remnants of the plane also flew into a community pool. There are remnants of smoke in the area. 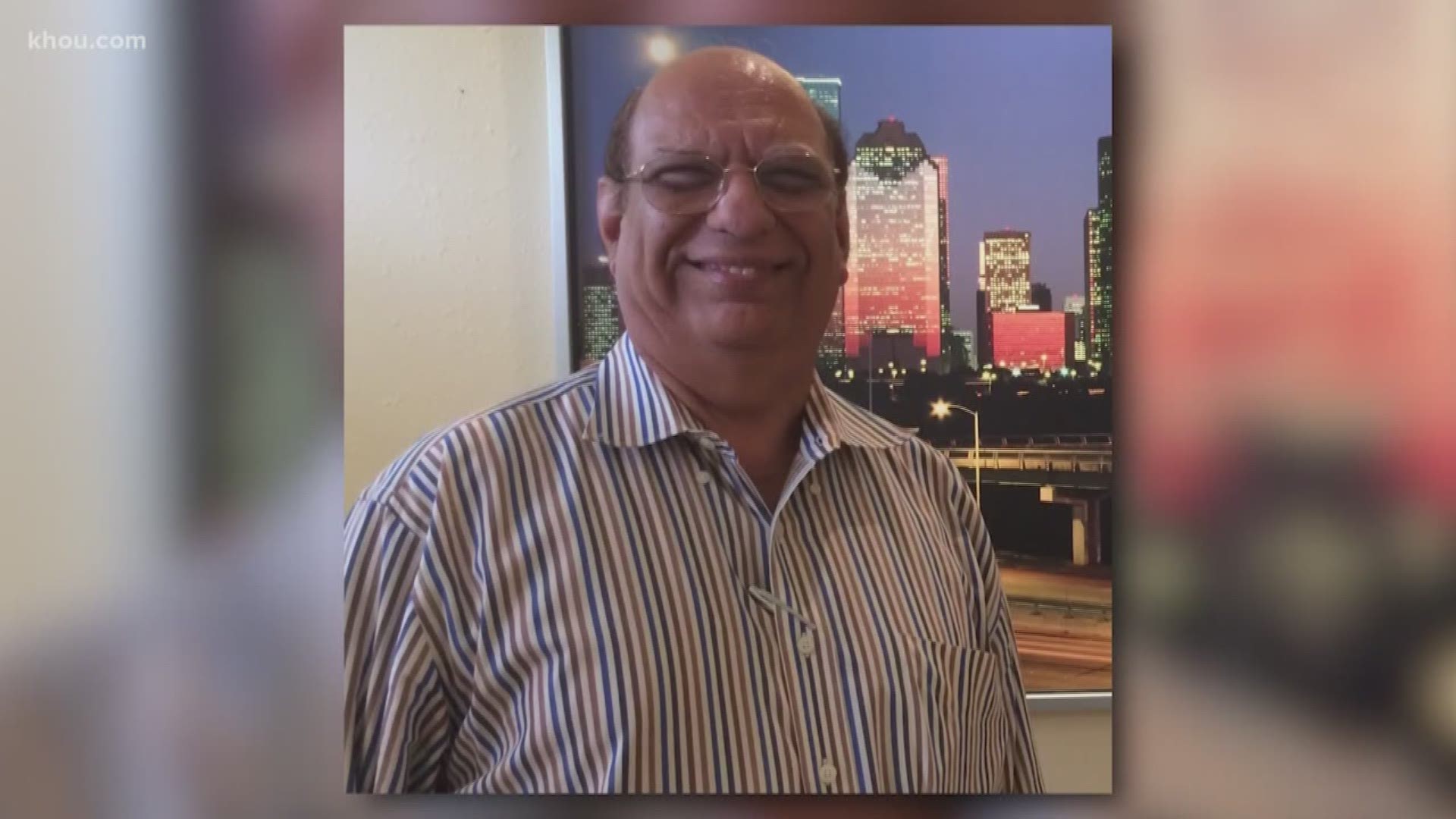 Noshir Medhora, 70, died in the fiery crash at a community center in the Nottingham Country neighborhood on Kingsland Boulevard around 10:30 a.m.

Medhora was born in India and came to the U.S. in 1973, according to Rice University.

He got a Master's Degree in Mechanical Engineering at University of California, Berkeley and worked at Mustang and Exxon in Houston.

The single-engine Cessna 172 was coming from the southeast when it crashed into a pool maintenance building. Remnants of the plane also flew into a community pool.

The Federal Aviation Administration says the plane collided with several trees before hitting the community center and breaking apart.

FAA investigators are headed to the accident site and the National Transportation Safety Board, which is charge of investigating the crash, has been notified.

Both the building and the plane were fully engulfed in flames. There were remnants of smoke in the area.

Only the pilot was killed and no one else was injured. There was no one on the ground when the aircraft crashed, according to an emergency official at the scene.

The facility had storage and restrooms. There were also pool cleaning materials, according to Harris County ESD 48 Lt. Simon VanDyk

“We do not believe there is any risk to the public," VanDyk said. "However, in fighting the fire, the water we put on there, there could have been some mixing of that, and we have HazMat coming out here in an abundance of caution to make sure that everything is good and secured.”

A few people were preparing for a wedding at the clubhouse next to the pool maintenance building, Pct. 5 Constable Ted Heap said.

They were the first witnesses to the crash, though none of them were physically hurt, Heap said.

“There’s a lot of the fuselage that still appears to be inside of the cinder block building," Heap said. "But it actually went through – struck nose first, went through, a good portion of the plane went through the building, and went across the play area, as well as the pool area, that’s located behind it.

It’s going to be a long process to recover a lot of the debris, from within the water and pulling this investigation together.”

It was not immediately clear where the plane was headed or what caused the crash.