A'Myah Moon, 11, shines on camera with encouragement from a photographer who shares her own story about fighting cancer 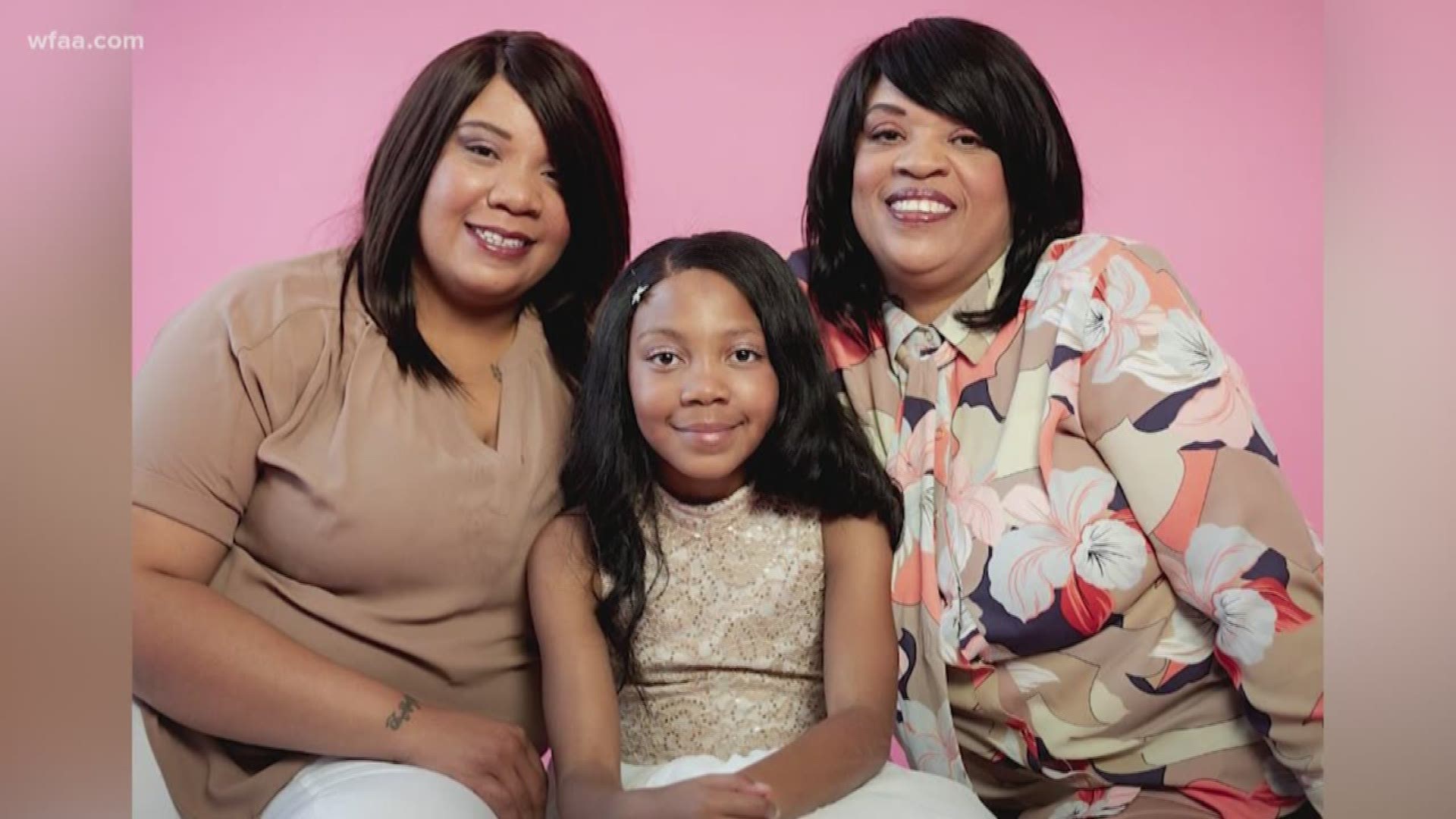 ALLEN, Texas — Photographer Kate VanMersbergen specializes in getting the right shots. On a Sunday afternoon in March, VanMersbergen took a shot at arranging a special photo session for an 11-year-old girl and her family at her studio in Allen.

“They didn’t know what to expect,” VanMersbergen explained.

The photoshoot had to be special. The models that day had been through a lot over the past three weeks.

A’Myah Moon is a sixth grader in the Plano Independent School District who’s been getting a lot of attention after her family began speaking out about a bullying incident the child endured in school.

A’Myah has a rare form of cancer. She lost her hair due to chemotherapy treatments. One of the girl’s classmates ripped off her wig in front of other students, causing A’Myah to feel embarrassed, depressed, and she didn’t want to return to school.

“It was my turn to give back,” VanMersbergen said.

The photographer is among many in the community who heard about the bullying A’Myah suffered. She has something in common with the child.

VanMersbergen explained, "I am actually a cancer survivor.”

Like A’Myah, the photographer also knows the feeling of losing hair from chemo treatments.

VanMersbergen said, "When I read that her wig was snatched off her head, I can only imagine what she went through in that exact moment.”

People across social media responded to stories about A’Myah and wanted to do something. VanMersbergen called up her friend and makeup artist Yana Kolmakova. They set up a photo session for A’Myah’s family, hoping it would ease their worries and boost the girl’s confidence.

Since A’Myah’s family began speaking out, people from across the country have become warriors for A’Myah and supporting the family’s fight against bullying. Supporters include the Mayor of Plano, members of Sigma Gamma Rho Sorority, local churches, police, radio hosts, Good Samaritans, and athletes like Myles Turner of the Indiana Pacers.

During the photoshoot, there was one special moment.

VanMersbergen explained, "I said, don’t move! And I went lower.”

It was a moment of quiet confidence, captured on camera. A strong image, emerging from a little girl who’s gone through so much.

"That was the moment in that entire shoot that I really saw her,” VanMersbergen added. “The strength in her come out.”