Own your hair: North Texas couple says embrace who you are

Natural Hair the Movie is designed to break barriers, encouraging women to bold and true to themselves. 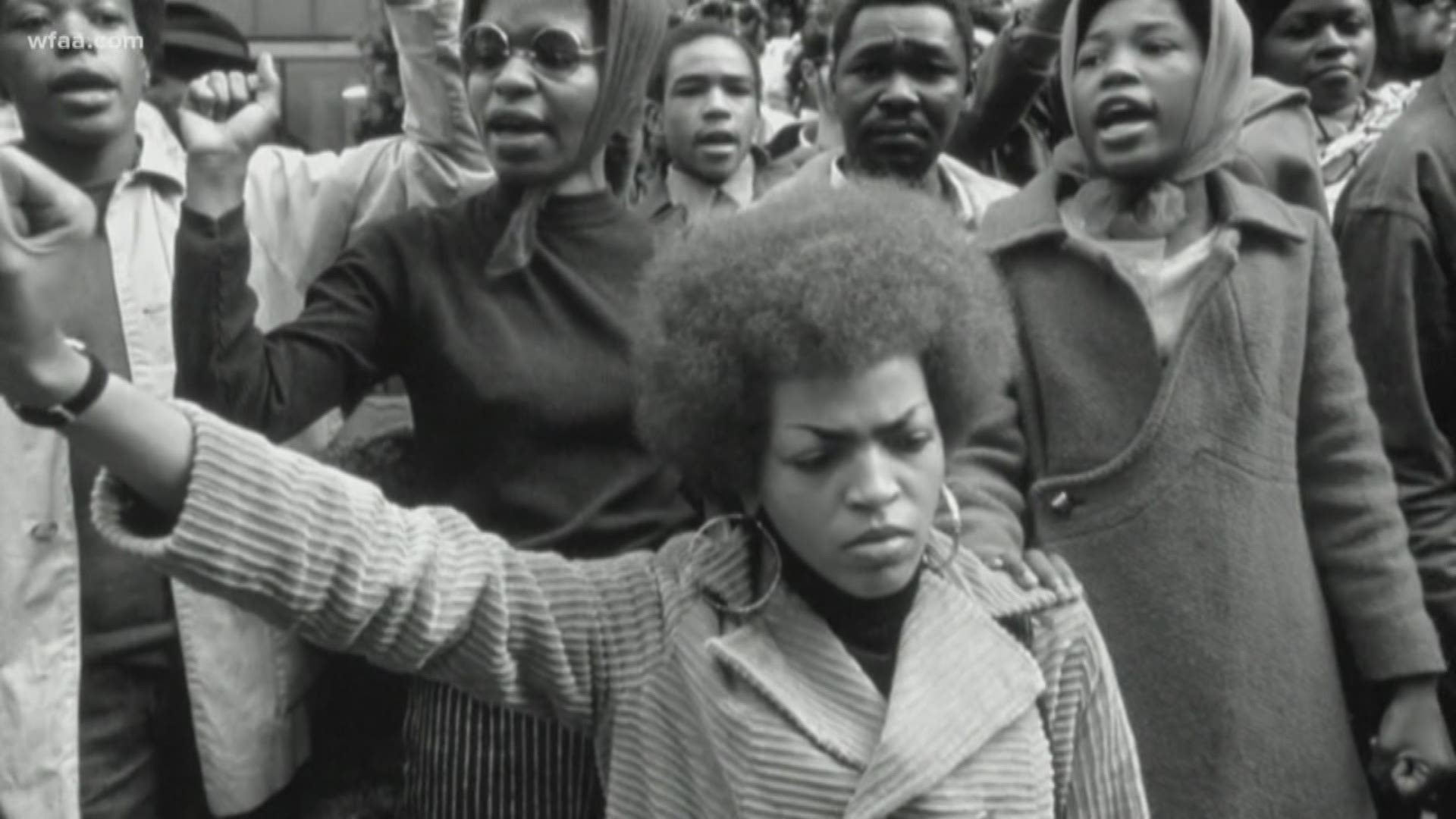 What is natural hair? It’s a question that most black women can answer with personal stories of their own.

When your hair texture has not been altered by chemicals, relaxers, and texturizers it is considered to be in its natural state. It is said that black hair has actually defined black womanhood in many ways across the United States.

Natural Hair the Movie was presented by Ashanti Titus to her husband Reginald Titus Jr., and the Grind Over Matter Film’s team of producers.

"The reason we decided to do this is because I decided to go natural in 2010," said Titus. The mother of three boys, expecting a baby girl shares that her decision came with controversy.

"I was working on a project at work and I was surprisingly terminated," she said. "I later learned that there was a policy against having hair that was not in its straight state."

Director Reginald Titus Jr. and the team began shooting concept footage for Natural Hair The Movie at the Naturally Isis at a September event in Dallas.

The team carefully crafted stories from woman of color, overcoming discrimination and the standards of beauty in hair styling. Some of the topics in the film include the history and evolution of dating back to slavery to present day.

"We also talk about the generation gap, discrimination women face on their career paths and solutions to overcome this," said Ashanti Titus.

Her husband, Reginald Titus Jr., said the documentary was an eye-opening journey, which showcases iconic women in Dallas who encourage women to wear their hair natural, like Isis Brantley.

Eighteen years ago, she was arrested by seven undercover cops and dragged out of my own salon in Texas. Brantley states she was guilty of the "crime" of braiding hair without a cosmetology license. A U.S. Judge eventually ruled that Texas braiding laws were unconstitutional.

The Curls Queen: Mahisha Dellinger is also featured in the film. She is the founder and CEO of CURLS hair products, who made a decision in 2002 to scrap her relaxer in favor of a natural style.

The innovative thinker was unhappy with the heavy greases and texturizers that were developed for ethnic hair, it’s the reason why she created the CURLS line of products.

Natural Hair the Movie is designed to break barriers, encouraging women to bold and true to themselves.