What the robbers didn't know is that the car had OnStar, which includes a GPS tracking device. OnStar quickly located the car and alerted police, tracking the car as it moved into Mesquite. 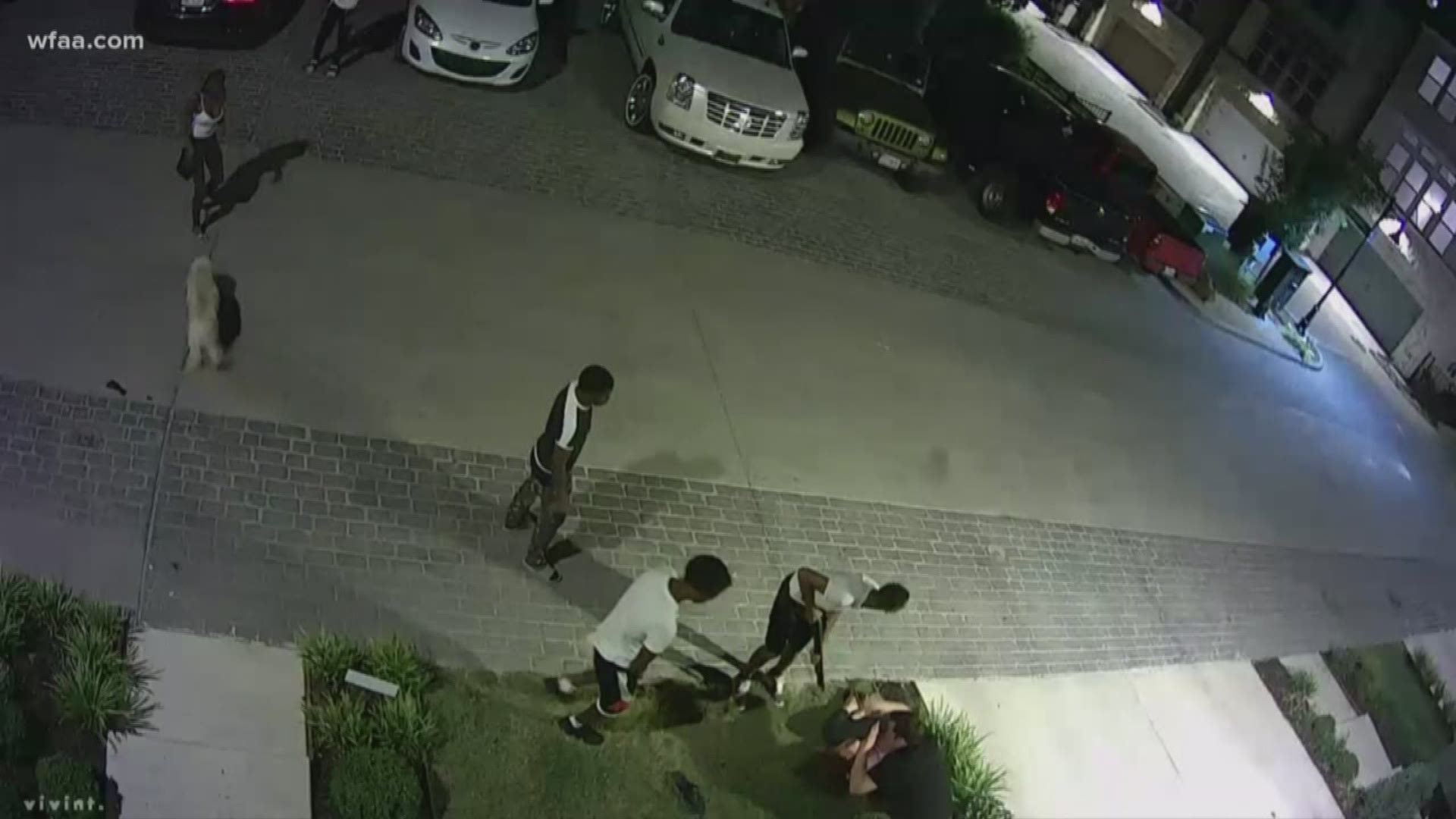 DALLAS - Many of you have seen the terrifying video of a group of juveniles suspected of jumping out of a Chevy Malibu early Sunday morning and robbing a Dallas couple at gunpoint.

Jesus Najera knows what it's like to live it. "That's the same thing that happened to me," he said.

Police say Najera was the first victim in a string of four robberies overnight Sunday. He had just parked his black Chevy Malibu in the lot of his Oak Cliff apartment complex after work, when he realized he was suddenly surrounded.

Najera handed over his wallet, keys, and cell phone. "I was like, 'Just go, take it, I have a family to feed,'" he said. "I cried as soon as he walked upstairs and he told me, I cried for a good like five minutes," said his wife, Priscilla.

What the robbers didn't know is that the car had OnStar, which includes a GPS tracking device. OnStar quickly located the car and alerted police, tracking the car as it moved into Mesquite.

Then, with police approval, when the car hit more than 70 miles per hour, OnStar slowed the car to between three to five miles per hour. An OnStar spokesman said that's when the suspects jumped out, and police arrested six teenagers.

The car, though, crashed into a fence. The Najeras were able to retrieve it after it had been processed the next day. "It was kind of shocking to see that we weren't able to get into the driver door and the bumper is kind of falling off," said Priscilla Najera.

The Najeras must now crawl through the passenger's side to get into the driver' seat. Insurance estimates there is about $4,000 worth of damage, said Priscilla. They are responsible for the deductible.

Even worse, said Priscilla, is how it affects their two-month-old baby boy, Mattathias.

"They threw out his stroller and car seat, we had a couple toys in there that were really sentimental to us," said Priscilla. "It hurt to know that they had threw it all away."

Most importantly, though, her family is safe. "I thank God that he's okay and he was able to come back home to me," said Priscilla of her husband.

The Najeras hope the suspects are tried as adults. According to the district attorney's office, all six juveniles remained in detention Thursday night.