A Drum Corps International event in Denton was delayed Thursday night due to the record-breaking heat, but performances weren't phased a bit. 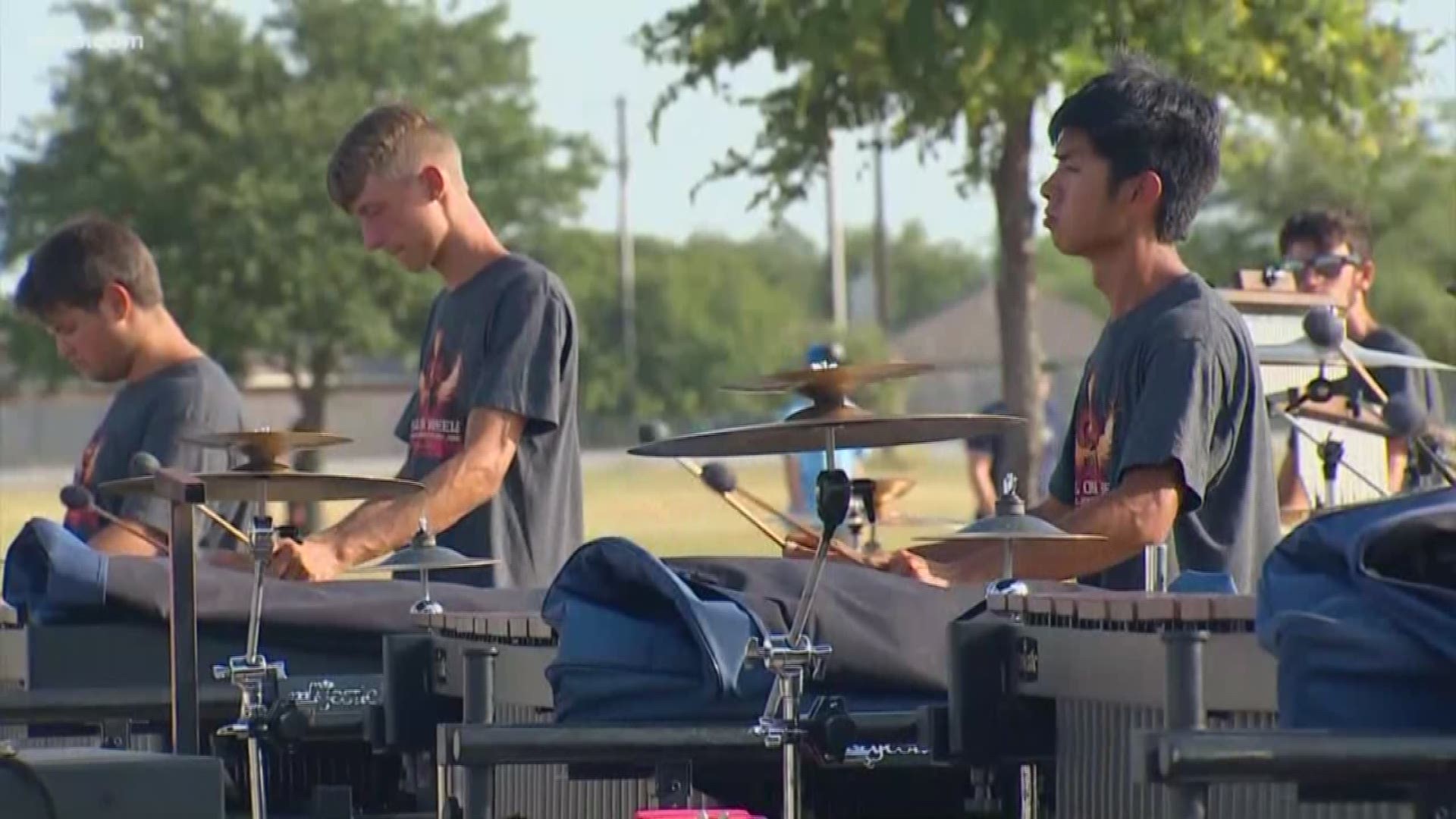 DENTON, Texas — A Drum Corps International event in Denton was delayed Thursday night due to the record-breaking heat, but performances weren’t phased a bit.

Drum Corps International is like club athletics, but for band. Thousands of students qualify and pay to join DCI marching groups across America—touring and competing against each other from state to state throughout the summer.

Many of them are high school and college students looking to get an elite marching band experience that will aid them in their careers.

DCI told WFAA that many end up becoming music teachers or band directors. Thursday’s event at Collins Stadium was a judged performance before the tour moves on to San Antonio.

Texas welcomed them with a miserable heat wave. On Thursday, the blistering temperatures broke a 93-year-old heat record set in 1925. That record was 107 degrees.

DCI pushed back the event by a half an hour, made water available throughout the stadium, and kept students out of their marching uniforms to beat the heat.

Many of the students within DCI are from the Lone Star State. An official told WFAA that Texas provides the corps with the most students—about 15 percent of its estimated 6,000.

Lester Rushin, a TCU student, had a bittersweet homecoming thanks to the heat. It was the only time his parents got to see him perform, and they had to wrestle with triple-digit temperatures.

“It is really hot, but I’m so excited to be here because this is my home show,” Rushin said.

And judging by each performance, most students stayed focused on their notes and bars—bringing down the house regardless of Texas’ scorching temps.