Samantah Horwitz is happy to share a picture of her family enjoying the water in Rockwall. A moment that's becomes even more special when you realize what she's survived. 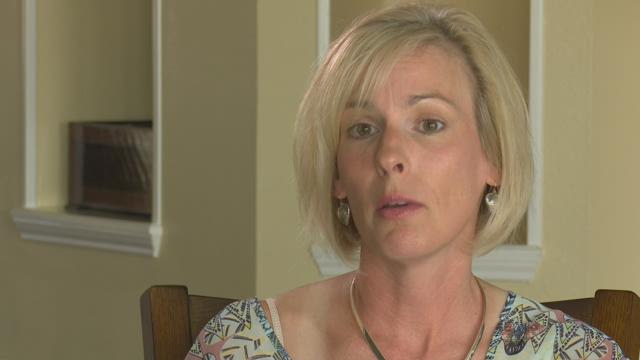 ROCKWALL -- Samantha Horwitz is happy to share a picture of her family enjoying the water in Rockwall. A moment that's becomes even more special when you realize what she's survived.

In 2000, Horwitz was sworn in as a Secret Service Agent. She was assigned to the New York Field office.

On that infamous fall day in September, Horwitz was running late for a meeting inside tower one of the World Trade Center. The elevator she was riding in stopped.

"In my mind I'm going 'great, now I'm being stuck in an elevator, what am I going to tell my supervisors.'"

Tower one had been hit by American Airlines flight 11. The elevator made it to the lobby moments later and the doors opened. Horwitz was able to make it out of the building through an emergency exit.

She escaped with her physical health, but her mind continued to replay the horrific events of 9/11. One image in particular, she says, is seared in her brain.

"He was wearing a dark suit, white shirt a reddish color tie and I watched him (fall) all the way to the bottom.' Horwitz says describing one of the many people who jumped to their death from the burning buildings.

She says she began to self medicate with alcohol, developed debilitating anxiety and eventually left the service.

"If I stayed in action, if I just did my job all of this would go away and it didn't," she said.

Her downward spiral is captured in her new book, The Silent Fall.

"[Post Traumatic Stress] took me to the depth of Hell," Horwitz said.

Through years of therapy, she was finally able to escape that day and went on to finish a successful career in law enforcement.

Her mission now is to help save those suffering with PTSD like she was.

"And if they can glean any insights any lessons any messages then it was all worth it," she said.