For the first time nationally, more women are enrolled in medical school than men. At the Texas College of Osteopathic Medicine, they've been seeing that shift the past few years. 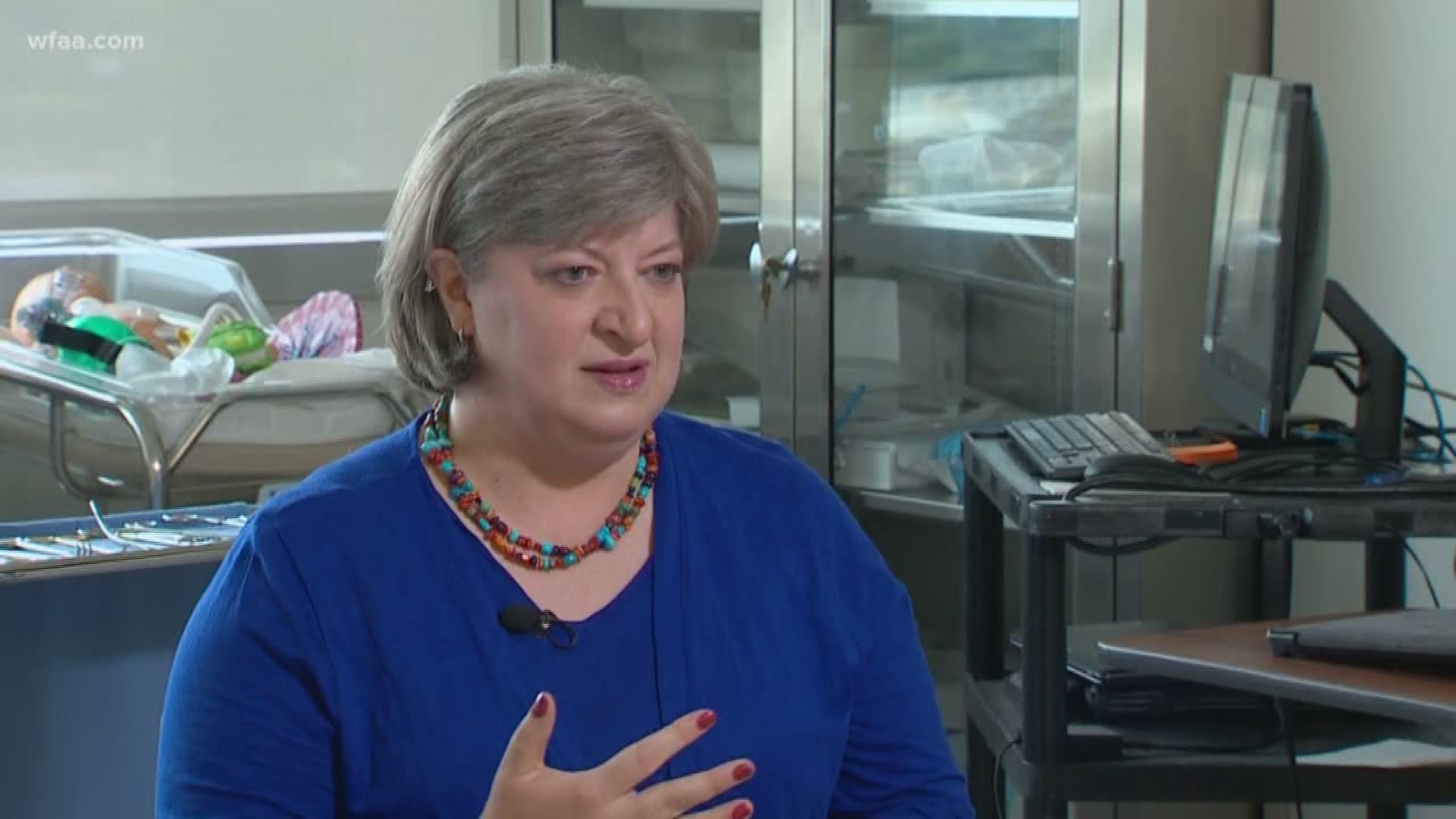 It wasn't always Mahima Dhume's dream to be a doctor, but it was unarguably in her DNA.

"My grandmother actually told me that when she was growing up, it was her biggest dream to be a doctor," Dhume, a second-year medical student, told WFAA. "And by the time she was finishing high school and going to college, it just wasn’t possible for her."

It is possible now for her granddaughter and many other women. So many women, in fact, that Dhume is part of the first-ever medical school class nationally that saw more women enroll than men.

It's a trend they've been noticing for years at the Texas College of Osteopathic Medicine at UNT Health Science Center in Fort Worth, where Dhume goes to medical school.

What do you think is spurring it? WFAA asked. "Opportunity would be the first thing that comes to mind," said Dr. Kendi Hensel, an associate professor of osteopathic medicine.

Now the classes she teaches are more than half female students. One of those students, Mary Ann Reed, had a baby in between her first and second year of medical school.

"A lot of people would ask me, 'Are you sure you want to do medicine? Because don’t you want to have a family?'" she recalled. "And I'm like, yeah. Everyone made it seem like it was mutually exclusive."

She's proving it's not, and hopes other women see that.

Dhume says shadowing a female physician changed everything for her. And now, with her enrollment in medical school, she and Reed have helped make history. "I'm really proud to be a part of that first class and I think it’s a sign of a lot of progress we’ve come to," she said.

Her grandmother is proud, too.