It may be a five hour drive away, but there's a whole lot of love for Lubbock in North Texas, as Texas Tech aims for first men's college basketball title for a Texas school since 1966. 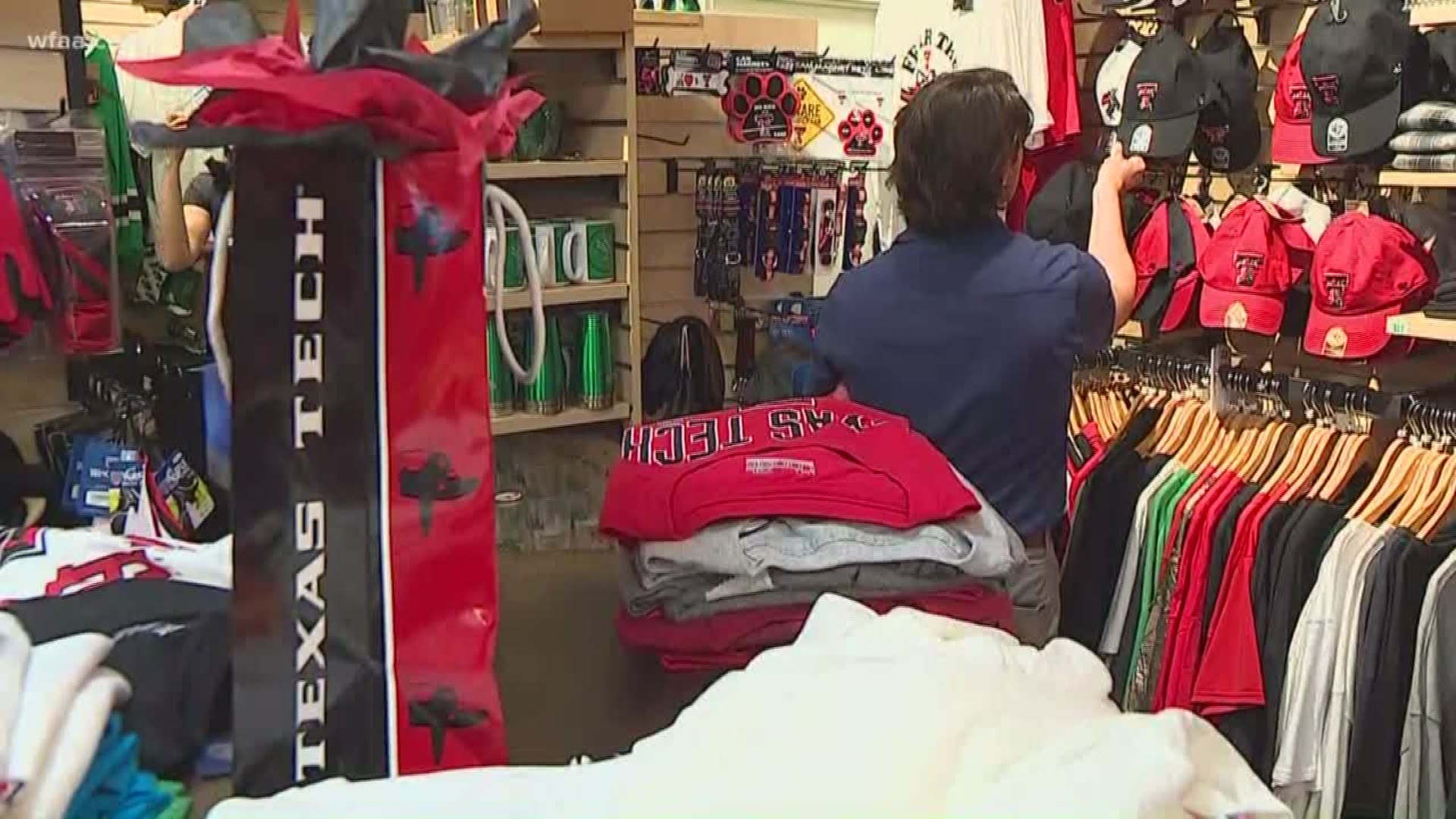 DALLAS — It may be the de facto sports merch headquarters in North Texas, but at Rally House on Monday you were lucky if they found anything with "Final Four" written on it.

Official gear from this years tournament in Minneapolis is the hottest item at the retailers DFW area stores and in short supply, at least right now.

Still, with the Texas Tech Red Raiders hours away from the NCAA national title game, many shoppers spent a portion of their lunch hour on Monday picking up t-shirts, pullovers and baby clothes, anything clad in red & black.

Emily Pounds from Rockwall says she won't be able to watch the game Monday evening because she has to work, but has her "push notifications" on her phone.

She weighed the different options for newborn Red Raiders outfits.

"They're all so cute, how do you pick just one?" Pounds laughed.

With one more win, Texas Tech would become the first men's program in the state of Texas to win the college basketball national title since Texas Western in 1966.

Texas Tech joins Houston as the only other school in the state to make it to the final in the modern era of March Madness.  The Cougars lost the title game in 1983 and 1984 to North Carolina State and Georgetown, respectively.

Women's programs have faired remarkably better in Texas, most recently this weekend when Baylor took home it's third national title with an 82-81 win over Notre Dame.

The Texas A&M women's program won the national title in 2011 and while the Texas Tech men look to make history, they don't have to look far to find it.

It brings back a flood of memories for Krista Gerlich.

"Just the adrenaline and excitement, it gives me chills all over again," Gerlich said.

Gerlich is now the head coach for the UT-Arlington women's team, but 26-years ago she was on the Texas Tech team that did what seemed improbable to outsiders too.

"That's what I want people to realize," Gerlich said Monday in Arlington.  "Just how incredibly difficult it is to achieve this."

Over the weekend at the Women's Final Four in Tampa, Gerlich paid tribute to the standard of excellence she helped create as a player at Texas Tech.

She plans to watch tonight's game with a lot of Tech friends and alumni in Arlington, as fans across North Texas grab up Tech gear, ready to purchase more - with one more win.