'People are being chased in the streets': North Texas Cubans hold rally, caravan to D.C. in solidarity with protestors in Cuba

Many at the protest said there hasn't been a movement in Cuba like this since the Cuban Revolution in 1959. 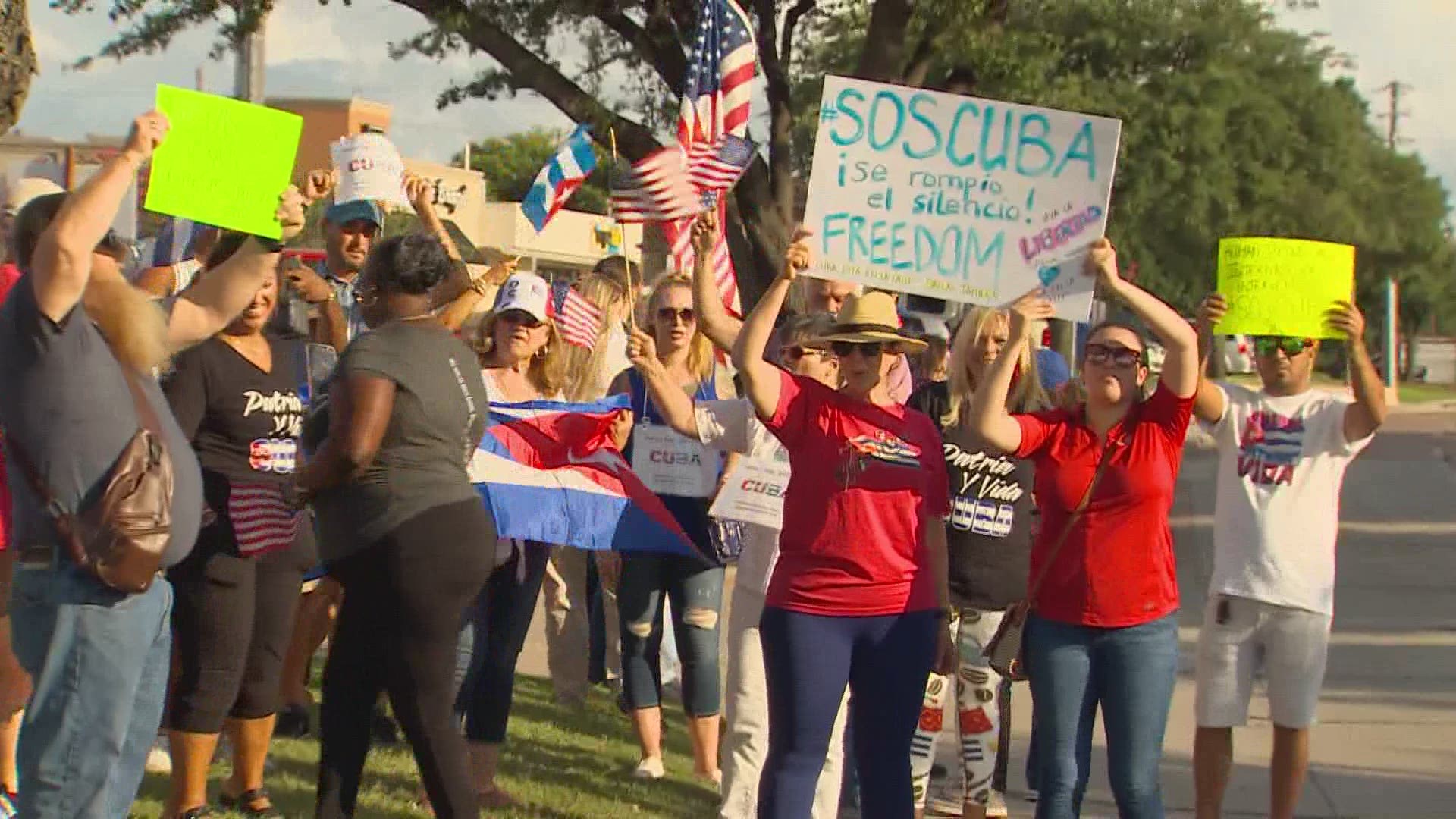 An unified statement of defiance against the phrase "Patria o Muerte," homeland or death, that was coined by Fidel Castro.

“We need an international intervention that is unilateral across all countries," Rosie Connolly, one of the rally organizers, said. "We need to heighten awareness to the American people letting them know what it’s truly like on a communist island and the torture it is to be there.”

Thursday's protest in Carrollton was a movement of solidarity with the ongoing outcries and protests from thousands in Cuba. They are calling for freedom, access to COVID-19 vaccines and basic resources like food and healthcare.

"We’re here in support of them because this is unprecedented," Connolly said. "The entire island has come out to the streets, pleading for liberty and down with the dictatorship, and that took real guts.”

Internet access in Cuba was shut off over the weekend, and social media and messaging services like WhatsApp are limited. Connolly said she's been in touch with her cousin who lives in Santiago de Cuba.

"People are being chased in the streets," Connolly said. "They’re being terrorized, and we’ve heard reports of a guy who’s had his eyes gauged out and his teeth taken out."

Another man at Thursday's rally said his family received news that his brother was "taken away" by the country's elite forces after vocally condemning the Cuban government.

That man and Connolly, like many of the other North Texas protestors, are Cuban-American. Connolly was born in Texas to parents who fled to the United States to escape conditions in the island nation.

Many at the protest said there hasn't been a movement in Cuba like this since the Cuban Revolution in 1959.

"We cant let them sit there and feel like they’ve been forgotten by the rest of the world," Connolly said.

There is a caravan leaving Addison on Friday at noon. It will head to D.C. to join an even larger protest in the nation's capital in support of the movement in Cuba.